Hello, readers! Now is the time to throw fruit gatherings in your town or city! I just bumped into an old friend who moved to Charleston, South Carolina, and has organized raw food potlucks in this charming city. She is excited about helping build a raw community in her new home and reports that one woman lost half her bodyweight and wound up being featured in People magazine.

Banana Fest, a fruit gathering held May 24 and organized by Arnold Kauffman, owner of the raw food café Arnold’s Way, turned out to be a smashing success, attended by as many as 50! It was so much fun that Arnold’s Way and Fruit-Powered are teaming up to promote five more similar events this spring and summer. They’re dubbed Arnold’s Way–Fruit-Powered Fruitastic Gatherings. Join us if you’re living in or traveling through Greater Philadelphia!

It’s my passion and mission to help spread the word about how a fruit-based raw food diet can help enhance people’s health, spare land and sea creatures their lives and improve the environment. Lately, a film has been on my mind. I have been talking up this film, Cowspiracy, citing powerful statistics on how animal agriculture contributes to greenhouse gas emissions (51 percent—four times as much as automobiles!) and how this horrific industry uses a third of the planet’s water and half its land. In spite of the grim reality presented in this film as well as the partial truths and outright lies we’re being told by environmental stewards, I can’t help but feel optimistic that the world will shift en masse to vegan and, with further research, mostly fruitarian diets in the coming years. We have to! Raw food and fruit-based gatherings held all over the world can only help us get there faster and with greater success!

If my passion and mission resonates with you, please consider donating as part of the Fruit-Powered Sweet Support Campaign. This campaign is designed to help support Fruit-Powered’s goal of turning on the world to vegan and raw vegan lifestyles. If every reader gave just $10 a year, Fruit-Powered Magazine, home of 84 transformation stories, would flourish for years to come!  I thank you kindly for your support! 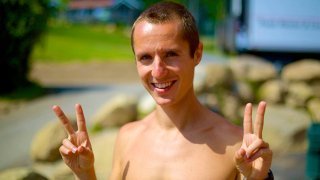 Speaking of transformation stories, I’m pleased to present an interview with Ted Carr in this month’s Magazine. Ted is in pursuit of perfection as a triathlete, putting in the time to shape his performance and shave his times. He also practices visualization and meditation, powerful tools that are helping Ted prepare for and carve out success. This young Canada-born athlete is living in Chiang Mai, Thailand, these days, finishing second place in a recent marathon and taking in the Raw Till 4 Thai Festival. Ted shares his recipe for Post Bike Ride Smoothie—and look for his Top 5 Tips for health next week. 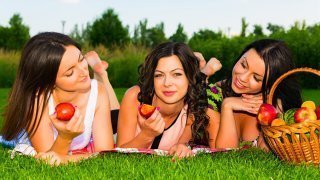 In his Lessons from the Orchard guest spot, Dr. David Klein presents an excerpt from his latest book, The Alkalizing Cleanse and the Alkalizing Diet Plan, in his article “Revealing the Sweet Truth about Fruit.” “Fearing fruit is a tragic mistake,” he writes. “We should no more fear fruit than we should fear putting high-octane gasoline in our automobile’s gas tank! Our cells run on sugar, and sweet raw fruits are the premium source!” I’m sure Ted would agree with this sentiment!