Hello, readers! Issue 30 marks two-and-a-half years since I launched Fruit-Powered Magazine in October 2012 with a four-story issue featuring my greetings column, story on counting calories, fruit smoothie recipe and profile on Desarae Jeter, the first of the Magazine‘s 78 transformation stories. Within about eight months, the Magazine began hitting its stride, and once I made it a monthly e-magazine released in almost-weekly installments, starting in October 2013, this publication began flourishing.

Featuring regular guest stories by leading raw fooders and the voices of dozens of others, the Magazine is now considered a vital component of our growing raw vegan community. Check out what readers say!

With this issue, I’m launching the Magazine‘s first Fruit-Powered Sweet Support Campaign, designed to help support Fruit-Powered’s goal of turning on the world to vegan and raw vegan lifestyles. I want to keep the Magazine free forever—and your support would help make this possible. I’m asking for each reader to give $10 every year, and I have gifts to give those who wish to give more. I thank you kindly for your support!

While writing Alicia Grant’s profile—the longest, most detailed and perhaps most helpful to be published among all the Magazine’s transformation stories—her story resonated deeply with me. You see, it’s one thing to clear all the hurdles and go wholly raw, and maybe only 500 people in the world are wholly raw at any given moment (at least for a measurable stretch of time). But it’s another to face challenges even while doing seemingly everything on this lifestyle correctly. Alicia is a champion in the health arena, hanging in there time and time again and researching solutions. Her “eye of the tiger” has enabled her to bloom on a fruit-based diet. 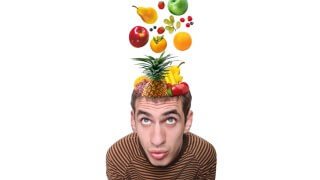 In his Don Bennett Says … guest spot, Don Bennett opens up and tells readers what’s been on his mind lately in “Food for Thought on a Raw Vegan Diet.” He looks at the impact of health educators’ failings, raising children on a raw food diet, social aspects of a raw lifestyle and weighs being wholly vs. mostly raw vegan. By the end of this story, Don puts readers to the test, asking them to take a good, hard look themselves and others as well as information they learn—and how all these impact their lives.