I’m writing this article two years from the day the eye of the tiger revealed itself inside me, empowering me to manifest my vision in life. After 14 months of feasting on tasty, salty vegan burritos at a couple of upscale fast-food joints for dinner about three nights a week—with the other 90 percent of my calories coming from raw food—I was ready to go wholly raw. You see, these burritos negatively affected me, clouding my mind with brain fog and sending me off to La-La Land the next day once I had smoothies. It took some time to realize the cause because a friend who was also 90 percent raw didn’t feel much worse for the wear after eating these burritos—and because this brain fog crept up as 2011 wore on. 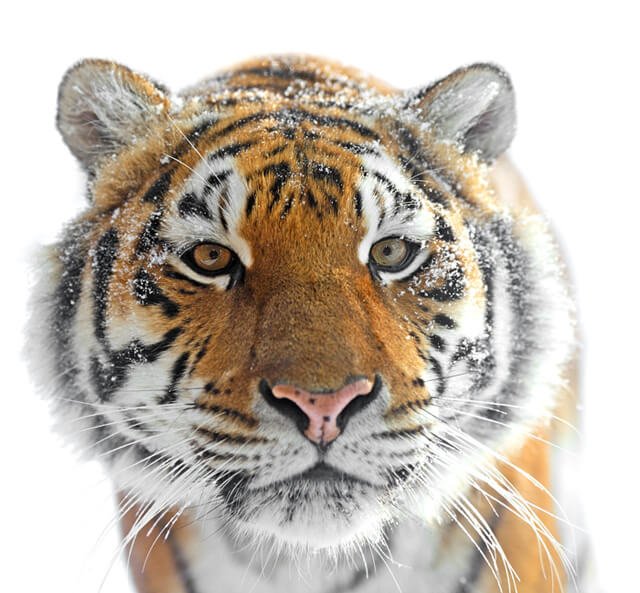 I wrote an email with the subject line “The last burrito” to a few friends I swapped raw food information with to serve as a reminder of just how bad my experience was the next time I had a hankering for burritos, coated with sodium-loaded hot sauce.

Segments from “The Last Burrito” Email

It was a huge mistake. The only thing I could really taste was salt. … I was reaching for my water cup every 45 seconds. Salt. Salt. And more salt. … The mucus kicked in. Phlegm. Runny nose … . It was probably the least enjoyable meal I can ever recall.

There’s a warm rock in my stomach. I am dehydrated and slightly “off” from that meal—intoxicated, I swear, from the assault of the sodium. Everything is dimmer and dreamlike. … I am down in energy because of that meal, and I’m used to feeling like running around in a field after meals.

That was my seventh burrito … since December 14. It was my first in weeks, and it was my last. Wholly raw is the way for me.

Having this experience and writing this e-mail served me extremely well. At the time, I had to choose between going 100 percent raw (outside nuts and seeds, many of which are processed at temperatures rendering them technically cooked) or dialing back the amount of raw food I ate because my body displays such remarkable sensitivity that I break out after eating even a few tomatoes. I went for the whole enchilada, so to speak, by removing my one foot from the door of the cooked-food kitchen. I wanted to succeed on a low-fat raw food diet so I could move on with creating a new life for myself because I saw others such as Megan Elizabeth chasing these possibilities with gusto.

Going wholly raw—and let me note, fruit-based low-fat raw vegan—is the best thing I ever did for myself.

Time and time again, I see, hear and read about people’s strides with diet but learn their progress has plateaued. Some seem content eating quite a bit of raw food but still plenty of cooked food. Others seem content eating lots of gourmet and high-fat raw meals. Most of these people think they’ve found raw food nirvana because they feel better than they felt eating the standard American diet. Little do these folks know, though, about the magic and power of a mostly fruitarian lifestyle. I want to connect with these people, inspiring them to enjoy mounds of fruit, saving meals of cooked foods or dehydrated breads and burger patties as backups or for occasional consumption—or skipping them altogether.

What’s needed to go all the way is the eye of the tiger! This focus, this hunger feeds a curiousness and indomitable will to find the knowledge, test theories via experimentation and give yourself the time and patience to make your vision come clear. If you want to fly on this lifestyle, then fly—and share your findings and feelings with the world to help raise others’ consciousness!

Have something in your life you want to change? “What do you want, and how badly do you want it?” Arnold Kauffman, owner of the raw vegan café Arnold’s Way, used to say relentlessly. Want to lose weight and gain energy? Want to get straight A’s? Want to keep up with your friends or kids on the basketball court? Want to have the time to pursue long-forgotten hobbies? Want to break free from the 9-to-5 and launch your own business from home or on the road?

If you change your diet, you change your world, throwing open windows of opportunities you never saw before. For your sake and the world’s, reach for fruit—and then for the stars in whatever you desire!

Eye of the tiger, man!

Do you have the eye of the tiger?

This is the Esta Loca taco salad at @gangstervegan

Scroll to Top
Send this to a friend