‘I Was Missing out Big Time When I Wasn’t Eating Much Fruit! It Was Like the Veil of Sickness Was Lifted from Me, and I Could See and Feel the Light.’

YouTube sensation and author of four raw food books since 2010, Megan Elizabeth has blossomed on a raw food diet after recovering from severe adrenal fatigue, leaky gut syndrome, candida overgrowth and chemical sensitivity, which saddled her during her early 20s.

Originally of the Greater Philadelphia suburb Chalfont, Pennsylvania, Megan, 27, was mentored by Arnold’s Way owner Arnold Kauffman, who convinced her to go raw overnight in September 2008 after her father brought her to the Lansdale, Pennsylvania, raw vegan café after a chance meeting.

To immerse herself into the raw food culture, Megan volunteered at Arnold’s Way and became a full-time chef. She took Arnold’s advice on a raw food diet only so far, though. 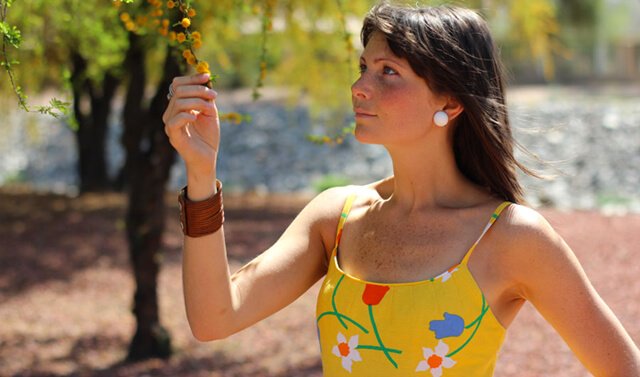 “My results on high-fat raw were minimal,” she said. “I still had headaches and mood swings, I still felt tired all the time, my mental clarity was horrible, and I could sleep for 10 hours a night and wake up feeling hung over. I did, however, have improved digestion, and I stopped breaking out in rashes.”

After six months of eating raw and exhausted from a trip to Disney World, Megan decided to accept the advice of Arnold, who she calls “one of the most passionate and convincing people I’ve ever met,” and a few other folks at the café to eat a mostly fruitarian diet. They encouraged her to read The 80/10/10 Diet by Dr. Doug Graham.

“I was missing out big time when I wasn’t eating much fruit!” she said. “It was like the veil of sickness was lifted from me, and I could see and feel the light. I liked it! I knew I was really on the right track. The change was dramatic, and I felt like I was actually alive again. All my major symptoms improved or disappeared, and I continue to improve.”

Megan counts mental clarity as her favorite benefit of leading a low-fat raw food diet. Her emotional state has flourished and workout recovery time and ability to build muscle has improved, she said. She has also discovered it takes her much longer to burn in the sun. “I’m almost totally Irish, so this is amazing,” she said.

Year by year, Megan is feeling superior to the way she felt in previous years. “When I’m in my normal routine, I do feel like I just keep getting stronger and stronger,” she said. “I have a bit of lingering symptoms of adrenal fatigue and some other random things pop up here and there but do feel like every year I improve.”

Exercise is a focal point in Megan’s life. On the standard American diet, Megan said she had to “talk [herself] into exercising.” These days, she’s raring to move.

“My workouts are usually a mishmash of whatever I’m into lately,” she said. “A few of my favorite workouts are rock climbing for a couple of hours, going for a 1- or 2-mile run or doing some yoga or Pilates classes online. I also swim tons when I’m in Hawaii and hike a lot in Arizona. Eating a high-fruit diet makes me feel light on my feet.”

Those exploring a low-fat raw food diet are best served transitioning at their own pace, not forcing themselves to consume large quantities of fruit before they’re ready to do so, Megan said. Additionally, those transitioning can overcome cravings for unhealthy fare simply by eating more fruit calories, she said. To achieve this with fruit, Megan encourages the sampling of a fatty tropical fruit.

“Durian is an amazingly delicious, calorie-dense fruit that will give you a satisfied feeling that isn’t temporary, like with most cooked or high-fat gourmet raw foods,” she said. 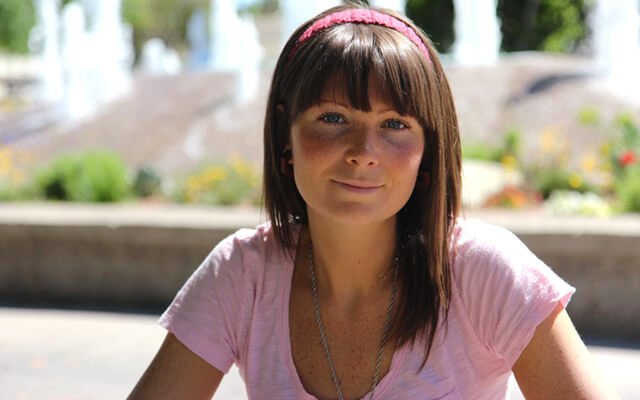 Megan, who has starred in dozens upon dozens of widely viewed videos featuring recipes and tips on healthful living on her YouTube channel, Easy To Be Raw, said some cravings are triggered simply by what’s lingering in the air.

“Sometimes, we have emotional food cravings that can be set off by a smell,” she said. “One minute, you’re fine and the next you are getting high on the smell of Grandma’s spaghetti and meatballs. I try to make tasty low-fat versions of these comfort foods by using similar fresh herbs.”

She reminds raw fooders that consumption of overt fats is allowed on the 80/10/10 Diet. It’s the low-fat, not no-fat diet. “If you feel like having a giant bowl of salt-free guacamole one night with your lettuce and veggies, do it! Just don’t do it all the time.”

Megan, who has lived in Phoenix and Hawaii most of each of the past three years, has learned from experience how to travel as a raw fooder. She packs freshly squeezed orange juice in her checked bag and sometimes can find this juice at Whole Foods supermarkets. Megan also cuts up fresh fruit to eat on the plane and keeps a few dried fruits such as mulberries close at hand as well.

Megan’s residing in Hawaii has enabled her to feast on many kinds of fruits. Rambutan tops her favorite-fruits list, followed by rollinia, sapodilla, mango and jackfruit. With greens, Megan prefers butter and romaine lettuces. She consumes overt fats—a half or whole avocado, a cup of coconut or a couple of tablespoons of tahini—once or twice a week with a salad.

Megan has regularly supplemented with Vitamin B12 since going raw vegan. She also takes Vitamin D, zinc and iodine supplements after recent tests have shown she was low in these vitamins and minerals.

“I don’t blame my diet here at all for the lack of these nutrients,” she said. “Commercial food growing has made it hard to get enough of a few minerals, and I will continue to supplement and check my numbers. My guess is that I will need to supplement with certain nutrients until I can grow my own food and have more control of the soil.”

Megan, who recently launched Megan Elizabeth’s Delicious Raw Recipe Guide, a collection of recipes featured on her YouTube channel, said she pictures herself continuing to contribute to the low-fat, fruit-based raw food movement for many years to come.

“I would like to be able to create more helpful products in the years to come that make eating a fruit-based diet easier and more sustainable,” said Megan, who has also self-published Easy To Be Raw, Easy To Be Raw—Desserts and You In Bloom, all available on MeganElizabeth.com. “I realize now from experience how helpful it is to get blood work, and I would like to encourage more people to do that. I hope to provide much more info about this in the future.”

Megan also has her sights set on Hawaii—buying land to create a space where she can live and invite others to stay and learn during retreats.

Watch Megan in Action in a Popular Video 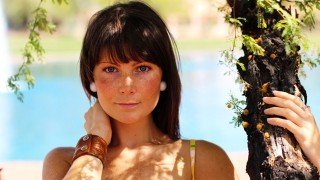 Discover Megan’s Top 5 Tips for creating the life you want! 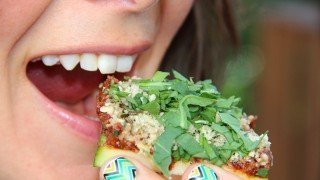