Fruitarianism Gets a Bad Name; Chris Kendall an Example for Raw Success

Hello, readers. It didn’t take too long into 2013 for the fruitarian diet to get a bad name. News reports broke in January that actor Ashton Kutcher visited a hospital, “doubled over in pain,” with “pancreas levels … completely out of whack” after adopting Steve Jobs’ one-time fruitarian diet as part of his research to play the late Apple Inc. co-founder in the film Jobs. 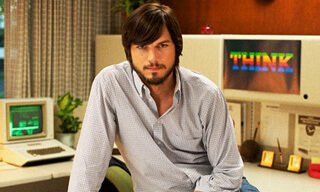 Of course, so-called experts such as nutritionists chimed in with all kinds of ill-advised warnings about fruit and blood sugar, and here’s what one person said in the news media: “I wouldn’t say it should be a long-term diet but something you should do for a short time. Long term, you will just find it difficult to function in a normal society,” Thomas Hamilton, a 23-year-old London resident and former fruitarian, told The Guardian.

In a “normal” society—let’s consider the United States, for example—two out of three Americans are overweight or obese and one out of three are affected by diabetes, undiagnosed diabetes or prediabetes, according to the Centers for Disease Control and Prevention. Additionally, about one out of two American men and one out of three American women will receive cancer diagnoses, the CDC reports. If this is a “normal” society, please let me be looked at as a weirdo for eating all the fruit I care for so I can feel my absolute best!

It’s important to know that human beings’ natural, species-specific diet comprises almost entirely fruits and tender greens along with some other vegetables, nuts and seeds. It’s not clear exactly what Kutcher ate or for how long—or even whether he was experiencing temporary discomfort as a result of the body’s detoxification process—but let his story serve as a lesson to those transitioning to a raw diet to do their homework before diving in headfirst into the waters of major dietary and lifestyle changes. 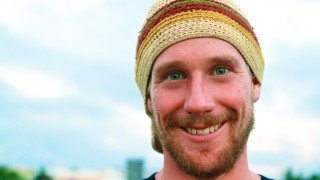 Chris Kendall of TheRawAdvantage.com talked about this homework part during my interview with him in January. I present Chris’ story about how a mostly fruitarian diet changed his life overnight and highlight many strides he’s experienced in health, fitness and as a person living his passion. As you’ll read, Chris tells of a different experience with a fruit-based diet compared with Kutcher.

In response to the Kutcher news, representatives from The Woodstock Fruit Festival issued a news release inviting the actor to the August event. “Fruitarianism has steadily grown among athletes and health enthusiasts with very different results than Mr. Kutcher experienced,” festival founder Michael Arnstein said in the release.

A quick note: I’m thrilled to announce the arrival of new e-books in the Fruitarian Store. Look for Arnold Kauffman‘s Seven-Point-Seven, which highlights the seven stages of disease and offers a seven-step plan to achieve energetic health, and Johnny Nucell, a children’s book with illustrations by Jessica Thim.