‘We’ve Got to Start Making Changes, and It Starts with Children and Women, Before Conception.’

An expert on nutrition and family development and a world leader on raising healthy raw children, Karen Ranzi, 59, of Ramsey, New Jersey, learned about the power of raw fruits and vegetables from her grandmother, who healed herself from asthma and emphysema in the early 1920s. Doctors had given her grandmother just months to live, but a cousin tipped her off on The Mucusless Diet Healing System by Arnold Ehret, and she recovered.

“She told me that I should tell my mother not to cook everything, that I should eat food the way that it was and that I shouldn’t be eating parts of animals and things that come from animals because they’re not meant for the body and they’re cruel,” Karen said.

Karen’s father, who was raised by her mostly raw grandmother, was a vegetarian. In her late teens, Karen took note of how her father and his mother would treat creatures as small as spiders and ants with respect, ensuring their lives were spared, while her mother resorted to using a fly swatter. “I really began to love this connectedness to all creatures that my father and grandmother had,” she said.

Because of this connectedness to all life forms, Karen became a vegetarian for moral reasons at 17. She continued to eat lots of junk food and dairy, unaware of the cruelty involved with the dairy industry.

Years later, when Karen’s second child, Marco, was ill the first three years of his life, she began exploring diet to get at the cause of his sickness. Medicine and some alternative therapies had left her son’s conditions—asthma, chronic ear infections and multiple food allergies—getting only worse. It dawned on Karen that her son exhibited some of the same symptoms her grandmother experienced. 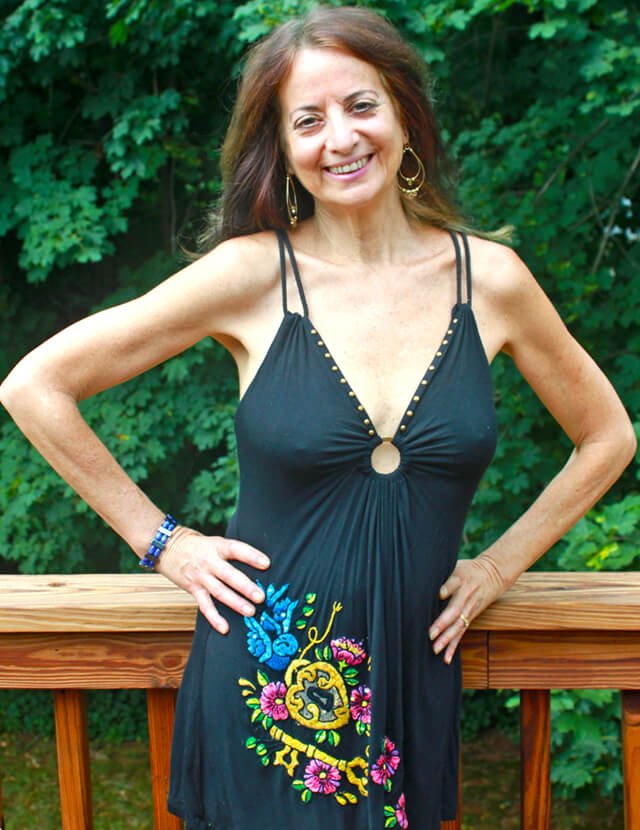 Karen reached out to raw food groups belonging to networks in Manhattan and Connecticut and began transitioning along with her children to a raw vegan diet in 1994. Karen was 40, Marco was 3 and her daughter, Gabriela, was 5. By consuming only fruits, smoothies, green juices, salads and some nuts and seeds, Karen’s son reversed “quite severe asthma” in about 11 months.

Karen’s husband was not initially supportive of the family’s switch to a raw food diet, she said, even though he acknowledged their son’s recovery. He had already become a vegetarian after the family attended a Vegetarian Summerfest. This event helped him understand the cruelty involved in eating meat. Over time, as he learned about others’ health gains via a raw food diet, he began eating a mainly vegan diet and increasingly more raw foods, especially at home.

Karen continued consuming information voraciously and determined her family should eat only when hungry, not at scheduled times. One cause of food disorders, she said, is when people are forced to eat when they are not hungry. She even stopped calling meals “breakfast,” “lunch” and “dinner,” which establish set eating times.

In the family’s first couple of years on a raw diet, Karen prepared many recipes containing high-fat nuts, seeds and oils along with dehydrated fare before discovering enhanced health on a low-fat, fruit- and vegetable-based raw food diet, she said. It took some time to also understand the value of combining foods properly for optimal digestion, she said. Karen benefited from a food-combining chart Dr. David Klein produced.

Along with eating more fruit, less fat and properly combined foods, Karen recalled that when she increased her intake of greens, her health soared. “Early on, I was not eating enough green leafy vegetables,” she said. “When I upped them in my own diet, I felt a lot better.”

As Karen continued to tinker with her diet to reach optimal results, her children veered off course in adolescence, wanting to “fit in” with their peers.

Karen proudly recalls when her daughter came full circle: “My daughter called me in her junior year of college, and she said, ‘Mom, I am so sick of being sick.’ She didn’t want it anymore, and she knew this is the most-healing and -sustaining way of living. She came back to it, and when they come back to it on their own, they own it.” 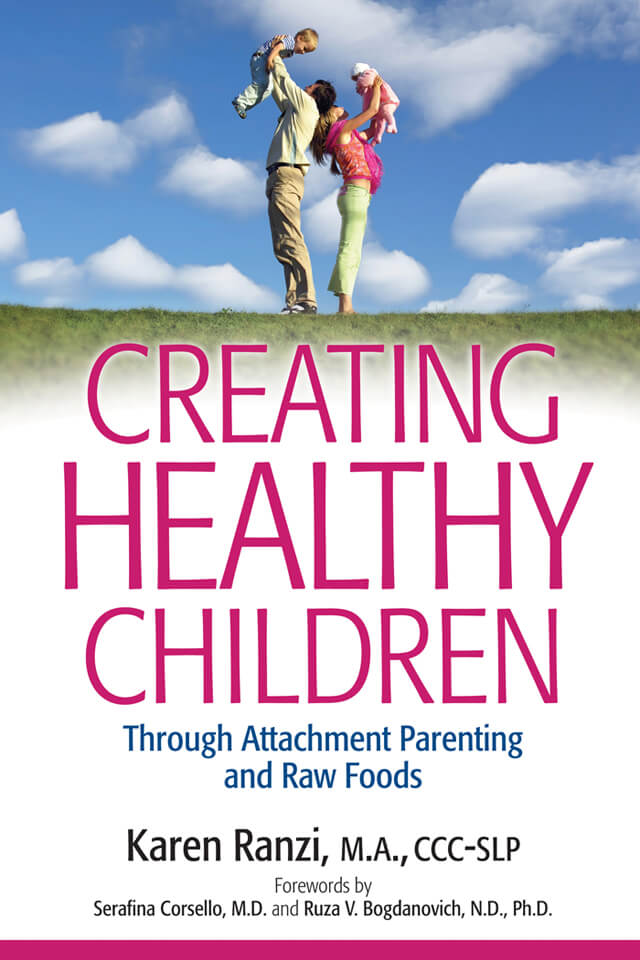 Karen’s experiences and research enabled her to write the book of record on the subject of creating and raising a raw family, Creating Healthy Children: Through Attachment Parenting and Raw Foods. Published in 2010, the book delves into raw food nutrition and other factors contributing to health such as adequate exercise, sunshine and time spent outdoors. 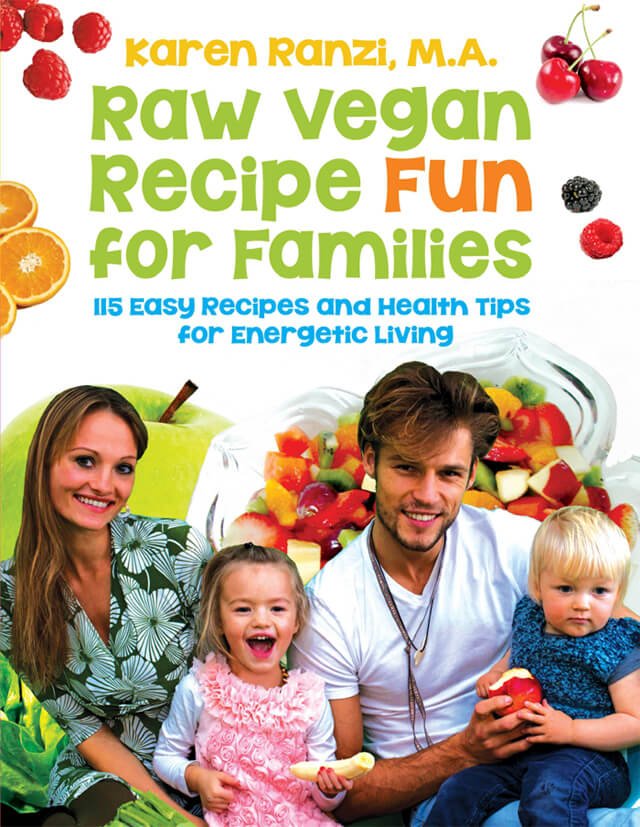 Karen’s second book, tentatively titled Raw Vegan Recipe Fun for Families, features recipes from Karen and other contributors. Due out this summer on SuperHealthyChildren.com, the book is especially helpful for families desiring to significantly increase their intake of raw living plant foods for a healthy lifestyle, she said. Raw Vegan Recipe Fun for Families’ dishes are easy to prepare and contain no oil or salt. Overt fats such as nuts and seeds are included in some recipes.

“Children sometimes need more nuts, seeds and avocado, especially when they have growth spurts or when they’re more physically active,” Karen said. “We should not restrict children. We should just make fruits, vegetables, nuts and seeds available to them and let them choose what they want to eat and when.” 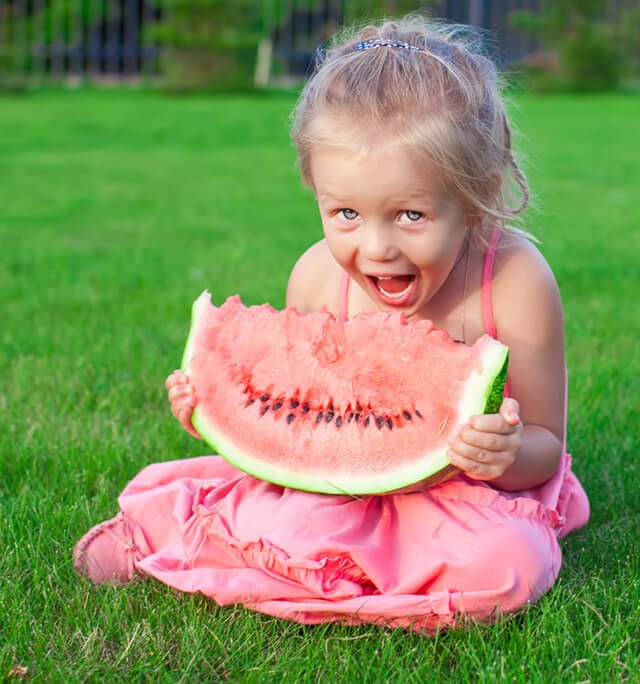 Delicious, nutritious recipes notwithstanding, the book includes a foreword that notes our goal should be to consume mostly monomeals, or one food, fruit or vegetable, at a time, Karen said. Her son, at 2 years old, once consumed only bananas over one to two months before expanding his diet with a wide variety of fruits and vegetables.

Karen consults with those exploring and transitioning to a raw food diet. She points to her own mistakes on her family’s raw food journey with helping her grow as a guide. She tours the United States, delivering lectures and offering workshops, and has even presented in St. Petersburg, Russia. She also places an emphasis on her local community, organizing the New Jersey (Bergen County) Raw Food Support Network, a hub for potlucks and presentations on the reversal of cancer, HIV and other health conditions through the power of healing with raw vegan foods, since 2006.

In Karen’s home state, autism affects a staggering one in 49 children. “We cannot blame this all on genetics,” she said. “I really believe that we need to get out there and we need to teach people about the benefits of fruits and vegetables.”

Karen also casts a light on vaccines as a contributor to autism, whose incidence rates have skyrocketed in recent years. “Some parents who have come to me have told me that their child was perfectly normal until a specific vaccine was given,” she said.

These vaccines include the MMR (measles, mumps and rubella) and DPT (specifically pertussis) injections, Karen said. Another shot believed to be a trigger for autism is Hepatitis B, she said.

“There’s also other ingredients [in addition to mercury] in the vaccines that, I think, if parents knew that these ingredients were there that they would not be willing to just go along with this,” she said. These ingredients include monkey kidneys in the polio vaccine as well as bird flu viruses, she said.

“Who would put these things into their kids?” she asked. “Most people would vote against it if they were given the information from their pediatrician, and a lot of pediatricians don’t even know—they don’t educate themselves. There’s a very strong connection between the pediatricians and the pharmaceutical companies. We have to understand that there’s big money in all this.”

Karen supplements with Vitamin B12 after not supplementing for several years. She discovered her level in this nutrient was low through a methylmalonic acid test. Blood test results can be marred by false readings, she said. A March 2013 test after taking a methylcobalamin-based Vitamin B12 supplement once or twice a week showed Karen’s levels to be within safe range, she said.

Vitamin D is another nutrient Karen keeps close watch of, she said. She supplemented with Vitamin D for the first time occasionally last winter, even though her levels were within safe range, she said.

“I have been told that Vitamin D [supplement] is a corticosteroid, and that can cause some problems in the body,” she said. “But I also know that a Vitamin D deficiency can cause problems with the bones, and it can cause cancer.”

How does Karen feel at 59 years young after having led a raw food lifestyle for almost two decades? Having recovered from chronic fatigue, cystic acne and irritable bowel syndrome, she said she feels to be in tip-top shape.

“I feel really great,” said Karen, who practices meditation and yoga and hikes in nature regularly. “I have a lot of energy. I sleep better than I ever did.”

Karen also describes menopause a few years ago as “completely uneventful” whereas her peers suffered from insomnia and hot flashes. 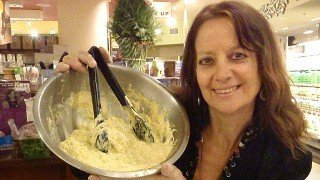 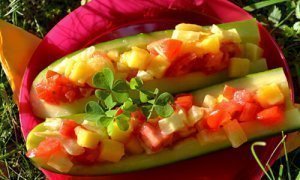 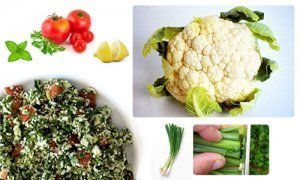 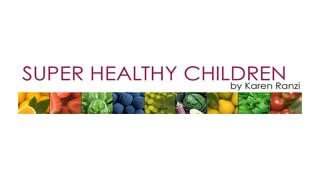