Known as “Durianrider” in the raw food world, Harley Johnstone has inspired an untold number of raw vegans who’ve been turned on by his message of living one’s passion to the fullest on a diet of mostly fruit. Harley’s mantra of “sleep, sugar, water” has resonated with many who credit the cyclist, runner and co-founder of 30BananasADay.com, which he operates with his partner, Freelee, with helping them clear hurdles on their way to thriving on a low-fat, fruit-based raw food diet.

Harley, 35, went vegan in April 2001, when he was “basically sick and tired of being sick and tired,” he said. He suffered from asthma, Crohn’s disease, anorexia, anemia, hypoglycemia, mild arthritis, sleep disorders, chronic fatigue, depression, drug addiction, alcohol abuse and acne. Harley had discovered earlier that he felt better when he cut out meat and dairy from his diet, a choice dictated by financial, not health, reasons while he was a student. The following year, he learned about a raw food diet but yo-yoed from eating too little fruit and too much nuts back to a cooked vegan diet.

In late 2006, Harley read Dr. Doug Graham’s The 80/10/10 Diet and began “carbing up” with low-fat, high-carbohydrate fruit. Since then, Harley’s been setting personal bests in bike and foot races and traveling the world, spreading the word at places such as the raw vegan café Arnold’s Way about the benefits of a fruit-based diet—while also feasting on fruits such as marang.

“The challenge was trying to eat fruit in a fruit-phobic world,” Harley, whose website is Durianrider.com, said about his early days leading an 80/10/10 lifestyle. “Getting quality, sugar-rich fruit is very hard for anyone anywhere on earth. Even in Chanthaburi, Thailand, the most fruitful place on earth, you can’t always get the fruits you want when you want. With time, you can be more organized, though.”

Just days before he turns 36, Harley said he feels his best ever. He said he’s discovered that he’s able to keep down his training time on a diet of mostly fruit.

“As a cyclist and runner, I don’t have to train much to stay as lean as a full-time, doped-up rider or runner would,” he said. “Fruit is so slimming long-term that you actually have to keep your training in check so you don’t get too lean and, as a result, burn out. I do feel my best ever, I have to admit. I wish I was living this lifestyle at age 13!” 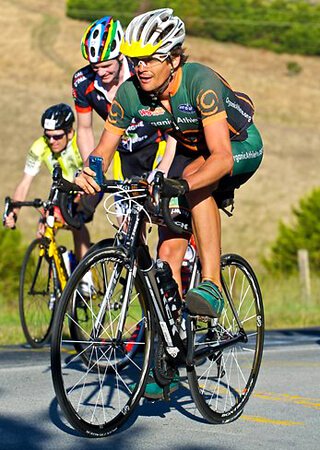 In fact, Harley doesn’t stick to a fitness regimen. He opts for playful time that coincides with keeping his body loose and strong—and able to go the distance. For Harley, who never got a driver’s license, working out often takes the shape of pedaling home high-quality fuel fit for human consumption: fruit.

“I don’t believe in exercise,” he said. “I never exercise, but I will use my bicycle for transport. I will play with kids or run with a dog, if needed. I don’t do exercise ’cause it’s boring as heck. I like playing. I like to play for 30 seconds to a few hours a day. Thirty seconds of play is my minimum daily amount. Exercise for me means something you don’t like to do.”

Harley has traveled extensively in recent years, flying from his native Australia to the fruit haven that is Thailand and the United States. He recommends raw fooders have backup plans for food—even if that means eating dried fruit, steamed rice or cereal with sugar, all high-carbohydrate options. Harley said that for too long, he stuffed himself with high-fat nuts, which hindered his mental and physical performance.

“Eat before, during and after [travel],” he said. “That way, you can stay high energy and not be running on adrenaline and confuse that for high energy.”

Harley, who’s been known to consume as many as 72 bananas in a single day, said that he has no pure favorite fruits but that they must be sugar-rich to satisfy him. Bananas and dates are his staple foods, and he consumes at least 3,500 calories a day. “Any fruit that is sickly sweet,” he said. “Every sweet fruit should be sickly sweet if grown correctly in quality soils, in my experience.” 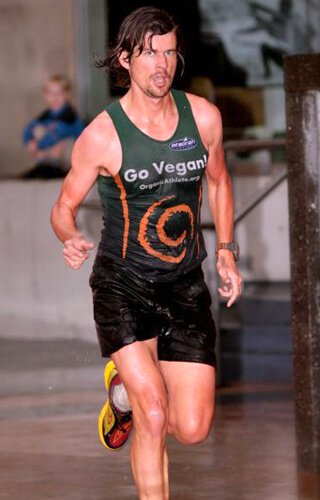 With greens, Harley goes for celery, lettuce, lambsquarters and malva. “Anything that doesn’t make your face scrunch up ’cause it’s so bitter,” he said.

Harley said transitioning raw fooders are best served by eating as much ripe sugary fruit as they desire. This simple tip, he said, will help them overcome cravings for suboptimal fare. He also recommends plenty of water, sleep and sunshine—part of the recipe to thriving.

Harley began supplementing with Vitamin B12 shots in December 2009 after following the advice of a cycling doctor. He said that his performance level increased but that he is uncertain whether these gains were connected to supplementation or eating and sleeping even more than he had. Wanting to be transparent about health education, Harley shares the results of his blood tests in a video.

What’s down the road for this humorous, expressive superstar athlete, who’s unreserved on camera but a quiet, humble individual in person? “My book is going to be a bestseller internationally,” Harley said. “That’s my goal.”

At the moment, though, he’s channeling his energy into his several YouTube stations, among them Ask Durianrider!, Carb The Fcuk Up and his main YouTube station.

“I see YouTube as the way forward in health and fitness education,” he said, “and that’s why I’m investing so much time and effort into it.”

Watch Harley in Action in a Popular Video 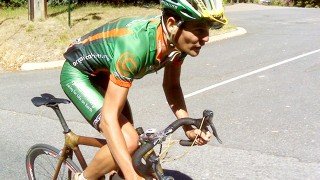 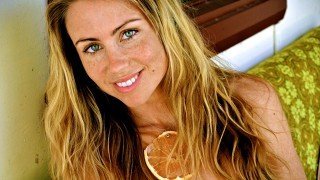