Let us have the truth though the heavens fall.
—Herbert M. Shelton

A fundraiser for a woman to get to a treatment center with the goal of reversing her breast cancer has ignited a firestorm of commentary online, with some alleging the woman is scamming people of their money. Some allege that the woman doesn’t even have cancer. I believe the woman, whose name shall not be disclosed in this article, has cancer and know some of the people connected to her care.

I’m writing this article because I believe it is important for the vegan and raw vegan communities to discuss health and how it may best be achieved in an open and honest way. It is everyone’s right to eat and live as they wish; however, if one asks these communities for money and is not completely transparent, these communities will only suffer. It is one thing for someone to ask for unconditional support of his or her healing journey but another thing when one makes claims that cannot be backed up in an attempt to garner support, thus breaking down the ties of truth, compassion, solidarity and strength, for which these communities are known.

For more than three years, I’ve worked tirelessly to shine a light on the healing journeys of 94 people around the world so far in Fruit-Powered Magazine‘s transformation stories. Inspired by testimonials published in Dr. David Klein‘s Vibrance magazine and broadcast on Arnold’s Way owner Arnold Kauffman‘s YouTube channel, I set out beginning with the Magazine‘s first such story, on Desarae Jeter, to show the world that people can rise above obesity, depression, diabetes, Crohn’s disease and, yes, even cancer and other health conditions on a low-fat raw food diet.

I think about Megan Sherow, a teen who stormed back from Stage 3 brain cancer and completely reversed it, as she announced at the September 2014 potluck at Arnold’s Way, a raw food café in Lansdale, Pennsylvania. This remarkable young woman demonstrated such poise, focus and determination in sticking to this diet until it became second nature for her.

I think about Esperanza Vite, another teen who rose to the occasion while beset with debilitating food allergies that pushed her to the brink of death. At just 40 pounds, Esperanza discovered that when she ate grapes, she did not feel sick afterward. She ate nothing but grapes for six whole months and then began consuming other fruits as part of a fruit-based raw vegan diet.

I have immense gratitude for every moment of happiness in my life, for every sunrise and every starry sky, for every season I will always welcome as a friend I thought I’d never see again, for every meal I have the privilege to eat, for every kindness I see that makes this world a better place. When you thought you had lost it all forever, the world is incredibly beautiful. Take a moment, every day, to look around at the mundane loveliness of this Earth. That moment is life.

A low-fat raw food diet doesn’t promise guaranteed results for everyone, and results can take time to spring forth. I think about Alicia Grant, whose quest for optimal health forced her to do much more than simply go raw. Alicia suffered from hormonal migraines and menstrual cramps as well as health issues connected to parasites, food sensitivities and deficiencies in Vitamin D and iodine. In addressing each of these issues, Alicia showed that health must truly be earned by putting in maximum effort and being diligent with diet and other lifestyle factors.

These stories and the dozens of others I’ve been fortunate to share in the Magazine are akin to movies for me. I go on adventures with these people—from struggles to fist-pumping triumphs—and learn lessons, feeling true inspiration in my soul every step of the way. If anything, these stories help show what’s possible when health is chased with abandon. If there’s a common thread to these stories, it’s a low-fat raw vegan diet. For true healing to occur, other lifestyle components—adequate physical activity, water, sunshine, sleep and supplementation, to name a few—must be minded.

With great passion, many others spread the word about the rejuvenating powers that dietary change brings so all can have the kind of information and inspiration that will help folks stand tall at their most challenging hours. It is misleading and detrimental, however, for one to trumpet that a raw food diet made him or her sicker unless healthful diet and other lifestyle components are learned and applied for a sustained period of time. There’s a saying in the raw food world, “It gets worse before it gets better,” for a reason. When a truly ill person goes raw, the road to healing can be rough and long. 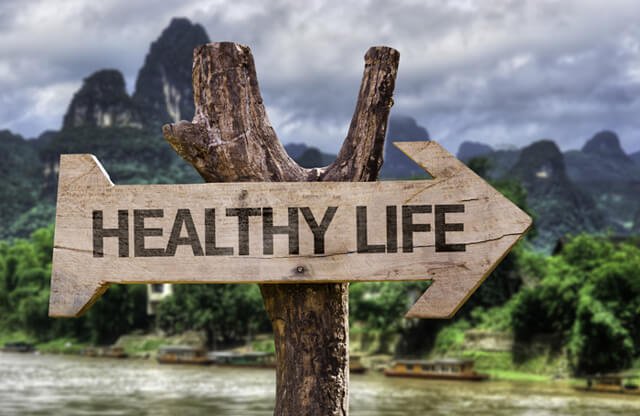 Stories about how one’s going vegan or raw vegan did not produce optimal results for whatever reason may even dissuade others from eating plant-based diets. Indeed. Read this one comment from a YouTube video on the woman’s fundraising activities:

If this lady you’re all talking about really has cancer that severe, then I hate to be the one to say this, but them natural treatments just don’t work. They just don’t.

Many websites, blogs and videos are full of these messages, and they’re not helping the vegan and raw vegan causes. Combine these messages with advertisements for burgers, beers and pills—as if this is how we’re supposed to be living!—and all the vibrant messages of healing and thriving can easily get drowned out. A fruit-based lifestyle isn’t about just us human beings; it’s about giving freedom to our fellow beings and saving our environment. Widespread adoption of this lifestyle is needed now more than ever!

The truth is, a low-fat raw food diet can and does work wonders, but only if folks give it and other lifestyle components their all and only if their bodies have enough healing capacity for rejuvenation to take place.

Thanks to my friend J.K. for her wisdom!