Hello, readers! I feel refreshed from a vacation I took in the second half of July. I let myself unwind while doing a watermelon-and-grape cleanse and practiced the Bates Method. I wanted to “get out of the woods,” so to speak, with my vision, and going glasses-free for a 15-day period helped me do just this.

I have a ways to go to regain 20/20 vision, but all the guidance provided by my vision coach, Nathan Oxenfeld of Integral Eyesight Improvement, has helped me make strides and gain confidence that I can and will see clearly again without corrective lenses. In a coming issue of Fruit-Powered Magazine, I’ll have an interview with Nathan about how the Bates Method works.

For its fourth year, which begins in October, the Magazine welcomes Tarah Millen and Brittany Taylor as guest writers. The Magazine will also publish the first four Thursdays of eight months (October and November 2015 and January, February, April, May, July and August 2016—with December 2015 and March, June and September 2016 being the four “off” months). This issue is the last to be published in the Magazine‘s third year, so look for this magazine to return in October.

I’m making these publication schedule changes to free up time for me to dive into other Fruit-Powered projects that have been on my radar for some time. It takes me about 100 hours a month to produce the Magazine alone, and with other commitments on my calendar, I brainstormed ways to set aside time to tackle these projects, which would benefit health seekers in many ways! You’ll see the fruits of my labor next spring! 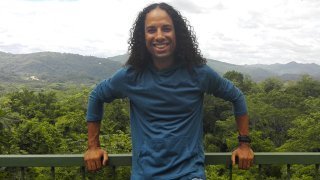 Jamie Pounds is someone who’s doggedly pursued optimal health by putting his body to the test time and time again. On a day when many Americans pile on leftovers, Jamie started a cleanse. He hasn’t looked back and has continually cleaned up his diet. Jamie’s also found a way to help health seekers boost their vitality levels. Enjoy Jamie’s interview—the 88th transformation story—in this issue as well as his two recipes and tips, the latter coming in next week’s installment. 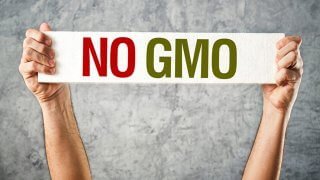 In his Lessons from the Orchard guest spot, Dr. David Klein addresses GMO foods and how they’re affecting his home state of Hawaii and the world beyond. “The clients who have come to me in recent years with severe inflammatory bowel disease have been slower to heal and suffered more despite the most effective dietary healing programs,” he writes in Big GMO Agriculture is Destroying the Health of Maui and the World. “GMO foods have insidious effects, which can be life-ruining.”