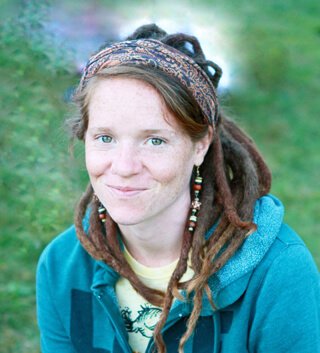 I could not be more thrilled about life. I feel like I live in some sort of a magical land where my dreams are continually unfolding before my eyes. I spend my days being thrown through the air by other human beings, traveling the world with my backpack or in my RV, creating YouTube videos about my passions of simple, healthy living, and generally just enjoying being happy and free, adventuring about the world. But this was not always the case.

Like a lot of people who find raw food, I used to be sick. Daily migraines, regular bouts with the flu, pneumonia, mono, shingles—you name it, I had it. I was tired, my emotions were all over the place, and I couldn’t eat a meal without some sort of digestive discomfort.

From a young age, I was interested in health. Growing up in a house with two family members struggling with eating disorders from opposite ends, I became acutely aware of my own relationship with food. I also found a lot of joy in movement. I played just about every ball sport that existed and made a name for myself in my small home state of Rhode Island as an impressive athlete.

With so much focus on wellbeing, it didn’t take long for me to start noticing connections between the foods I ate and how I felt. Despite recognizing that certain foods were not ideal for me, however, I couldn’t seem to find any major players I could cut out to dramatically change the state of my health. By the time I was 21, I had stopped eating dairy, gluten, most “processed” items, and I was searching for more answers. 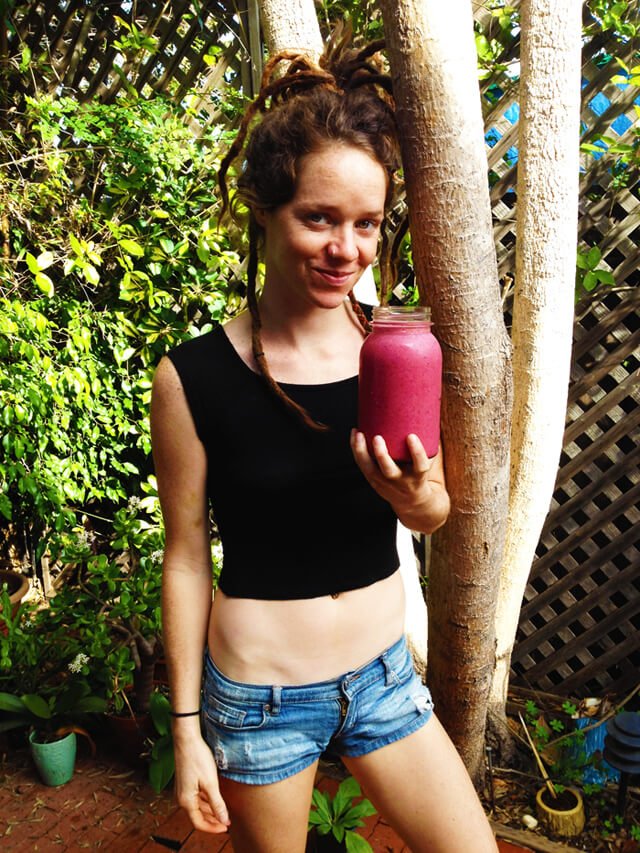 Meanwhile, I was still pursuing fitness, which, since graduating from high school and moving away from regular participation in sports teams, mostly meant doing basic cardio and strength workouts at a gym, attending yoga classes and running outside. My days were busy, and I liked them that way. In stagnation, I felt depressed; in movement, I felt productive, like I was literally moving toward something.

I have always felt a deep-seated need to travel, and it was this desire that led me to spend half of my college years living and studying abroad in Costa Rica. My time there felt fulfilling and important for my overall growth. I had left home for the first significant amount of time, became fluent in Spanish, fell in love, traveled through Central America on my own and started my journey toward minimalism. One area that I let slide, though, was my health.

When I moved back to the States and graduated from college, I decided to take things into my own hands and find a health coach who could support me along my journey. A month later, I was living a different life. Two weeks of keeping a food diary showed me that something was definitely not working. I was down to eating what I now recognize as a low-fat cooked vegan diet and was still struggling with migraines, nausea, digestive discomfort and generally just not feeling vital like I knew I could. I asked my coach, exasperated, what else I could possibly cut out of my diet. And she said the magic words: “You could try raw.” “What does that mean?” I wondered.

A couple of hours online with Megan Elizabeth’s YouTube videos were all it took for me to go raw overnight. I had already been making lots of fruit smoothies, eating salads daily, and enjoying an entire bag of grapes was not out of the ordinary for me, so I was pretty excited about the opportunity to indulge in more of my favorite foods.

By my third day of eating raw, I could feel the fog lifting. I remember waking up before my alarm, bounding out of bed, wondering what I was going to do with all this newfound energy. My migraines soon went away, my skin cleared up, my mood felt steadier, I stopped getting sick and my body shape began changing.

So, I did something bold: I dared to imagine what I really wanted. I asked myself to dream without limitations and see what my real desires were. After two decades of living a seemingly unconventional existence, I thought I was doing a good job being authentic, but I was mistaken. I realized I had been doing a good job being different from the societal norm, but I wasn’t really being me.

Once I had this realization, it became my favorite pastime to ask myself what I really wanted and to see what came up. I started to intentionally observe how I was feeling. I had already been on the path, but it was as if I suddenly accelerated, big time. By the end of the year, I had dramatically downsized my life, quit my job, started working for myself as a Web developer, created SimpleLivingandTravel.com and was backpacking through Central America. Not only had my body begun thriving, but my whole being followed suit.

Perhaps the greatest of all my raw triumphs have been related to my fitness. After going raw, I noticed an increase in my desire and ability to move. With all the energy I had, I found myself eager to exercise as opposed to having to psyche myself up for it. After gaining inspiration from Doug Graham’s fitness classes at the 2012 Woodstock Fruit Festival, I started to shift my attitude toward exercise and began concentrating on activities that felt like play rather than work. When I attended the festival a year later, I was significantly more fit than the year before and was having fun!

It was also at Woodstock in 2013 that I began what would become a deep love affair with the sport of partner acrobatics. A week before the festival, I took an acroyoga class with my sister and was immediately hooked. Given my strong desire to learn more acro, it is no surprise that I met my soon-to-be acro “base” at Woodstock just a week later. We were immediately hooked and spent the entire festival and year to follow doing acro as much as possible, returning a year later to share our love of our favorite activity in the talent show.

Though I travel regularly, I now make a point of spending most of my time in Austin, Texas, where I play with the amazing monkeys of Austin’s acro community multiple times per week. A lot of people ask me what it is I love about this type of movement. Acro is the most dynamic activity I have ever known. It is not only about strength, flexibility, balance, proprioception and so on but also communication, trust, intimacy, confidence, connection and so much more. If I thought my life had changed dramatically when I went raw, it got seriously revamped when I found acro.

With my passion for acrobatics leading forces, my fitness and body have transformed. I dropped from 145 to 115 pounds and enjoy my movement practices more than ever. If I’m not flying on a fellow monkey’s feet or balancing upside-down on their hands, you can likely find me dancing, riding my bike, doing yoga, practicing new tumbling skills, running through the woods or doing handstands and bodyweight exercises. 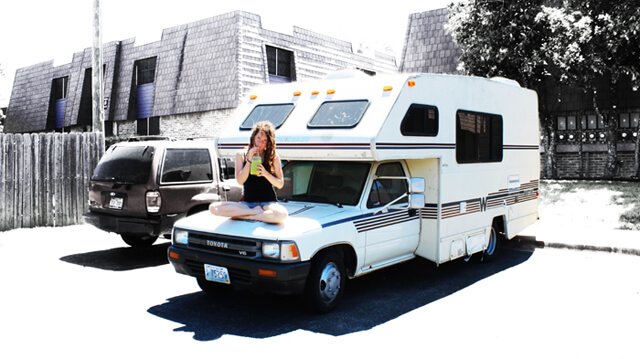 Leaving my steady, loving, seven-year partnership in the name of finding community and pursuing my dreams really had a way of kick-starting the next level of being the most authentic version of myself I could be. Since then, I have felt more connected to myself than ever.

There are a lot of things about me that, while I now consider standard, I imagine stray far from the societal norm. Most importantly, I really strive to put myself first. I think by doing this and by going after what I want, I can have the most positive impact on the world. My relationships are unconventional, to say the least. There are no accepted words in our language to describe the important people of my life, yet I’m having amazingly fulfilling connections. Truth be told, I like not defining myself, my relationships or my life. Because of this, I have had to become more honest, intentional and communicative. I know where I am and know where I’m headed.

My goal is not to look good, feel good or be good. Rather, I aim to look, feel and be fantastic, to live with excitement, to be playful and curious and to passionately go after everything that sounds fun to me. Today, I can honestly say I’m living my dreams. Every day I wake up eager to get out of bed and to see what magic the day will bring. 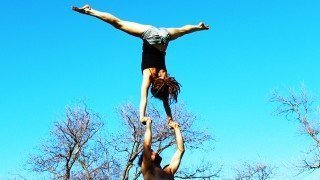 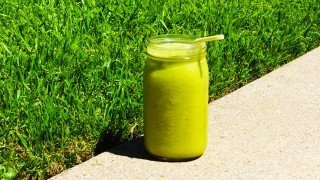 Brittany Taylor, creator of SimpleLivingandTravel.com, loves connecting with others and sharing her enthusiasm for healthy, simple living and personal growth through her videos, articles, and coaching. She is also a passionate acrobat and world traveler.

2 thoughts on “For Brittany Taylor, Only the Sky Is the Limit on a Fruit-Based Diet”