‘We Have to Get Reconnected to the Earth. When People Start Growing Their Own Food Again, the Tables and Tides Will Turn.’

Victor VanRambutan enjoys bite after bite of high-octane fruit to power him through an active, busy lifestyle as a University of Washington student, athlete and gardener.

Victor, 40, who lives outside Seattle, Washington, became focused on getting healthy when he was bike racing and wanted to go faster. He discovered the paleo way of eating, which features an emphasis on meat.

“I ate strict primal for around half a decade or more,” he said, adding that consumed whey powders and butter. “I initially did get quite lean, but it was not long before I started having major joint issues, with inflammation, rigidity and strain. I became no longer able to race or even continue with long-distance cycling.” 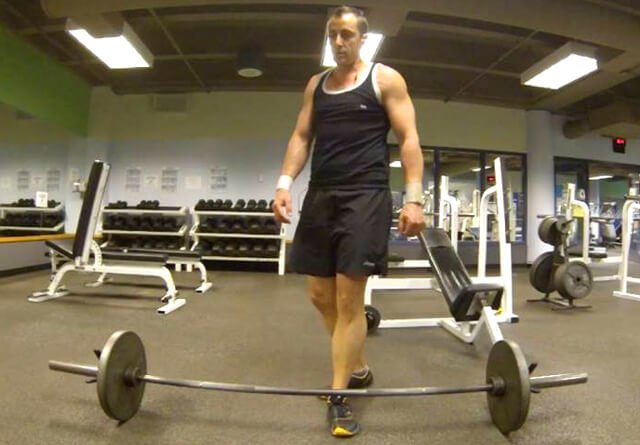 Victor thought his joint issues were caused by years of working as a bike messenger, so he began lifting weights and easing up with cycling. His body continued to break down, he said, noting that he was taking fish oil supplements, primrose and borage to try to improve his symptoms. His doctor concluded that Victor had early onset of osteoarthritis and recommended a strong prescribed dose of Ibuprofen. Victor was already taking Ibuprofen every morning and before any exercise.

“I knew my liver would not be happier with any more than I was already taking,” he said. “I left her office feeling pretty despondent. I have always been active my whole life, but I also knew I had been hard on my body as well with drinking and lack of sleep, and I was even a smoker at one point some 12 years ago.”

Victor knew he had to detoxify and had heard that going raw vegan for a short time period was the best way to do so. He discovered an article by Dr. John McDougall on how a change of diet is the only hope to reverse arthritis. Victor went all in for a month, at first juicing and eating lots of nuts. Two weeks in, he found videos by ultramarathoner Michael Arnstein on a low-fat raw food diet with a focus on fruit.

“I knew if I could find an athlete having success with it that would be the right style for me,” he said. “Athletes demand performance. I wanted that back, and that is when I found the fruit-based way.”

Victor saw results quickly once he ramped up his intake of fruit.

“It was literally around six weeks into the fruit-based eating and all of the inflammation left my body,” he said. “I could not believe it! It was like I went to a faith healer, and I, without a doubt, became a fruit disciple.”

Thrilled to get his body back, at least to some degree, Victor began practicing yoga and started running, completing his first marathon six months after transitioning to a low-fat raw food diet. He ran a 4:23 on a trail course in the mountain foothills—”not fast, but a shockingly respectable finish,” Victor said. Four months later, on his 38th birthday, Victor came in fourth in his age group in a large competitive field in his first ever 50-kilometer race. 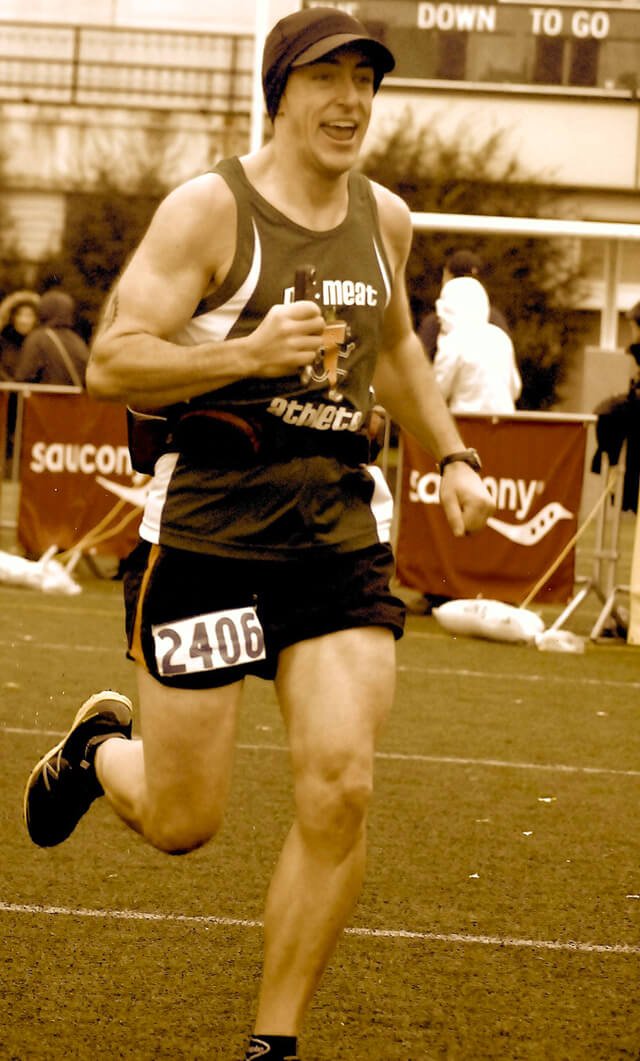 These days, Victor is focused on education and said he is saving lots of great races to come after he completes his schooling at the University of Washington.

To keep fit, Victor does Olympic lifting when time allows and lots of bodyweight calisthenics. Now that it’s summer, he’s getting back to running. He also enjoys rock climbing, mountaineering, swimming, diving, canoeing and, of course, cycling.

“I love being active, which is why this is the lifestyle for me!” he said, adding that his performance continues to improve. His zeal has won over some friends, who have stepped up their consumption of fruit, and his mother, who went raw for a week and is now juicing daily after quitting coffee.

At the university, to which Victor brings smoothies and fruit salads in mason jars, bags of dried figs and dehydrated “fruit bread,” which he makes at home, was a pre-med major. His coursework tied to his interest in human physiology, nutrition and performance. “I, at some point, realized so much of what plagues humans is really based on our food production system,” he said. 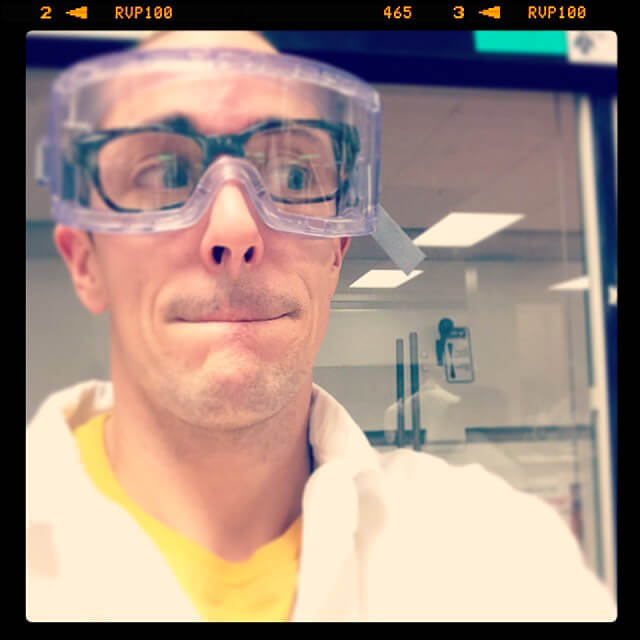 He now researches sustainable food production and explores how food production systems impact biodiversity. “I am specifically becoming a plant eco-physiologist,” he said.

Victor is launching new research, studying the effects of a kind of endophyte bacteria on fruit trees. “The bacteria are nitrogen fixing and aid in higher yields,” he said. “The hope is to replace fertilizer inputs with such application.”

Victor’s interest in food comes at a critical time.

“The future of human food security is very tenuous,” he said. “A lot of people are wholly unaware of this. I firmly believe perennial, tree-based crops are a major part of the solution. … I think all humans need to be eating at least half of their calories from tree-based crops—more would be better—but at least half.” 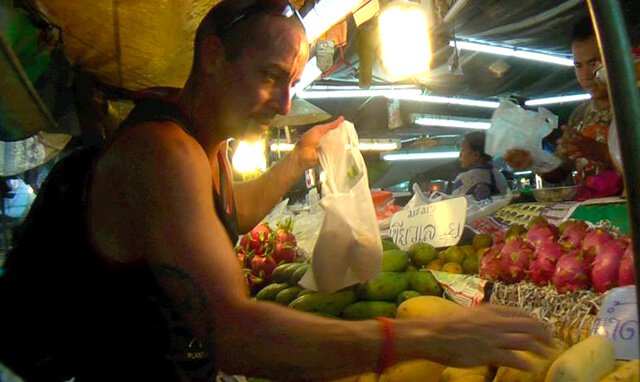 For Victor, an average day of eating includes juicy fruit or high-water-content smoothies in the morning, dense fruits such as bananas in the afternoon with celery or romaine lettuce, if he is craving them, followed by, in the evening: salad, raw noodles, slows, soups, salsas or dips, dehydrator meals or, during cold months, starches such as squashes, sweet potatoes and quinoa. “I often like to have a banana based ‘ice cream’ with a movie, too!”

“I just started growing a whole bunch of perennial greens like purselane, toothache plant and miner’s lettuce that I am excited to get into my diet,” he said. 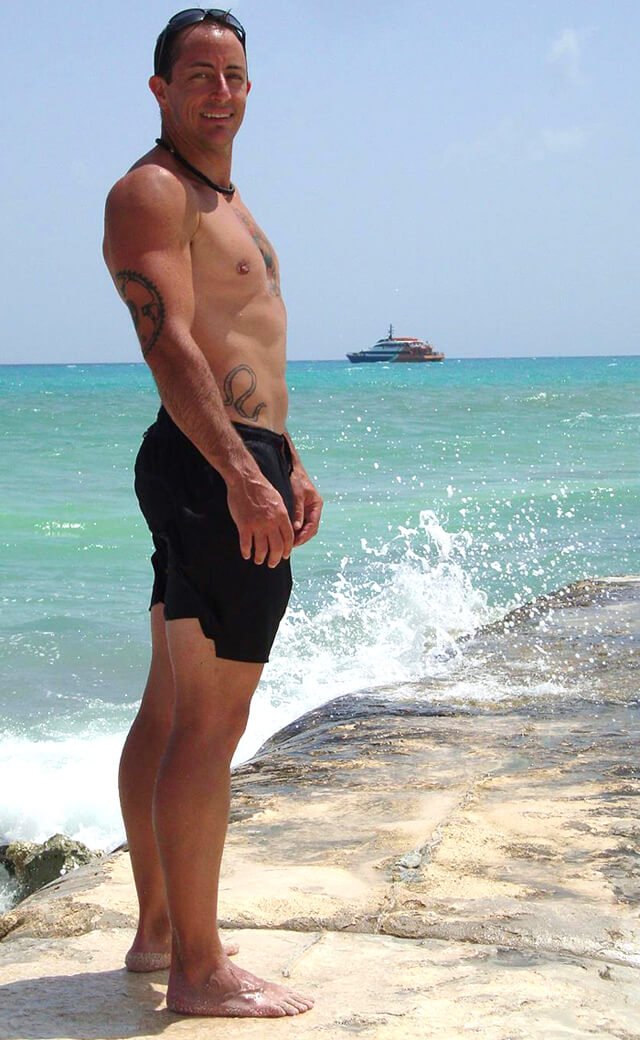 With overt fats such as avocados, nuts and seeds, Victor eats them when he craves them but doesn’t track his intake. He gravitates toward durian, coconut, avocados, hemp seed hearts, chia seed, pumpkin seeds and walnuts regularly. He eats other nuts and seeds on occasion to “switch things up a bit,” he said.

“I normally like to eat [nuts and seeds] with greens, but sometimes a big handful of black walnuts with some dried black mission figs is far too divine to pass up,” he said.

Victor, who gets a blood test every year, supplements with Vitamins B12, D and K2 when he cannot obtain natto or make kimchi. He considers foods rich in iodine or zinc such as sea vegetables or various tubers to be whole food supplements, which are preferable compared with packaged supplements, he said. Victor’s Vitamin D levels were low prior to supplementing, and he said he’s purchasing a Vitamin D lamp for his desk to help increase his levels. “Skin is the best route for D,” he said.

Victor researched raw fooders’ needs when it comes to teeth after he experienced sensitivity issues. Author and YouTube star Megan Elizabeth interviewed Victor on this topic.

Watch a Video Interview of Victor VanRambutan by Megan Elizabeth

“My Vitamin D got very low in my first winter, and I found out through trial that I must not convert K1 to K2 very efficiently,” he said. “As I raised my D levels up, I found the sensitivity in my teeth did not go away until I added K2 to the mix. After that, my teeth are great, but keeping up that D, K2 and calcium and keeping chelators to a minimum is important for most raw foodists.”

Victor urges those seeking to transition to a raw food diet to transition slowly. He also encourages folks to listen to others but to themselves first. “When I was eating paleo style, I craved sweet all of the time and never listened, to my detriment,” he said. “Don’t manipulate the body, overfeed, underfeed, etc. You will only pay in the end.”

Victor also recommends those new to the diet not get caught up in the dogma of others’ opinions about how they eat. Finally, he emphasizes people to grow their own food. “Every ounce of food you grow gives you higher nutrition than anything in the store,” said Victor who shares his experiences on a raw vegan diet via YouTube and Facebook. “The food is zero carbon print and no packaging. Every bit helps, even if it is just one plant on your windowsill, but more than that, I believe humans are the gardeners of the earth.” 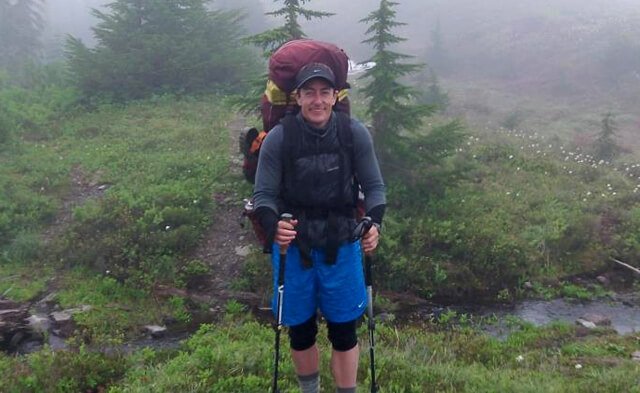 “There is a magical thing that happens when you get to know plants and commune with them,” he said. “It is exhilarating to watch fruit trees and vegetables grow under your care. Even wild foraging has a similar feel. We have to get reconnected to the earth. When people start growing their own food again, the tables and tides will turn again. The food tastes so much better when it is right from your yard and alive! If you cannot do those for whatever reason, go to pick-your-own farms. Eat the freshest food available!”

A decade from now, Victor wants to be continuing plant eco-physiology research and growing a lot of food, sharing it with the community and starting a second food forest—the first is Fruitluck Farms in Kent, Washington—either privately or for the community. Fruitluck Farms is located on just less than an acre in a city setting. “I really want to encourage people not only to grow their own food but also help show what a haven and paradise you can make to escape into every day,” he said. “Studies have shown people are happier when they spend time in green spaces, and all gardeners will attest to emotional and spiritual benefits of working with the land. A fruitful garden is the best way to achieve this.”

“As far as the health movement is concerned, I hope my role is only one of shared experience. We are in this together—all of us.”

Watch Victor in Action in a Popular Video on Fruitluck Farms 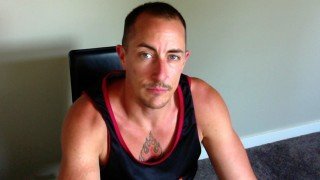 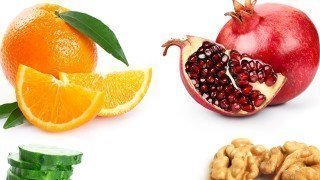