‘It’s a Lifestyle Worth Aspiring to Because It Brings You to a Whole New Level of Awareness.’

At 70 years young, longtime raw vegan Dr. Robert Lockhart is still “reaching new heights” in health—even if it means getting upside down. Each morning, he walks on his hands—yes, his hands—the length of a football field.

“Your body starts to function more efficiently if you’re subjecting it to trials that keep on pushing us forward,” said Robert, who splits his time between Cairns, North Queensland, Australia, which he says boasts “the greatest variety of fruit of anywhere in the world as far I can see,” and Samal Island in the Philippines.

Robert’s journey to raw food began when he was 25. At the time, he subsisted on a diet high in fat and protein, which he thought provided him with energy to pursue sports such as surf-ski paddling, rugby and squash. “I noticed in my 24th year and 25th year I was starting to get pain in my joints, especially in the knee joints,” he said, “until it became so crippling that I had to cut back on my running, and I no longer could partake in the rugby union activity.”

Robert was diagnosed with an arthritic condition in his left knee. He consulted with naturopaths and drugless healers on the Gold Coast, where he had been living, who wanted to give him remedies to alkalize his body, which, they told him, was high in acid. Robert discovered a lecture by Paul Bragg, who was delivering a series of lectures on the Gold Coast. Bragg promoted a lifestyle “in tune with nature,” Robert said.

Robert began reading books by Bragg and other raw food pioneers such as T.C. Fry, Herbert M. Shelton, Arnold Ehret and Hereward Carrington. “I came under the influence of Natural Hygiene fairly early on, and so my diet changed fairly radically over a period of about five years, from a high-meat, high-grain, high-protein [diet], also including alcohol, tea and coffee—all the usual Western additives to an unnatural diet, which we’re not physiologically suited to,” he said. 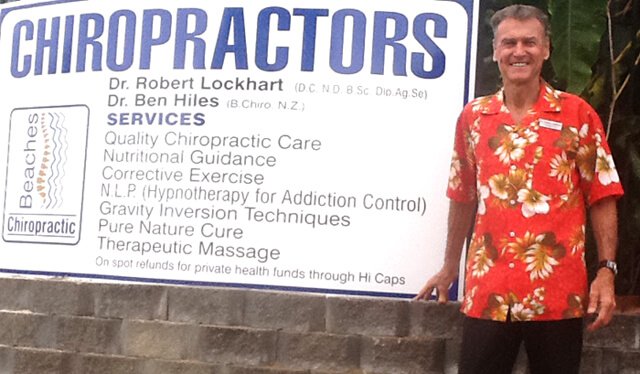 Robert was inspired to become a drugless healer, and to practice in Australia, he learned he had to become a chiropractor. He studied on scholarship at the Los Angeles College of Chiropractic beginning in 1972. He met Dr. Robert Martin, a medical doctor, chiropractor and orthopath. Martin relayed to Robert that all healing takes place in proportion to blood supply, with the more blood one can get to an area, the faster it’s going to heal. Additionally, Martin impressed on Robert that to have a healthy joint, one must have full range of motion.

Within three months of going vegetarian, Robert noticed his arthritic symptoms vanish but was plagued by mucus, which he links to his consumption of dairy. He completed water fasts lasting 10 days—his longest length of time for this healing modality. “I noticed my health was really improving, and I could resume all my sporting activities.”

Robert was doing lots of good for himself, but a single trip taught him a key lesson. He recalls cycling from Los Angeles toward Pasadena, with heavy smog affecting his breathing. He coughed incessantly for days afterward. “Even in the best of conditions as far as your diet goes, if you’re not doing the other things right, you’re going to suffer the consequences,” he said. “… That showed me that you should always try to live in accordance with nature’s laws: pure air, pure water, proper use of sunlight.” 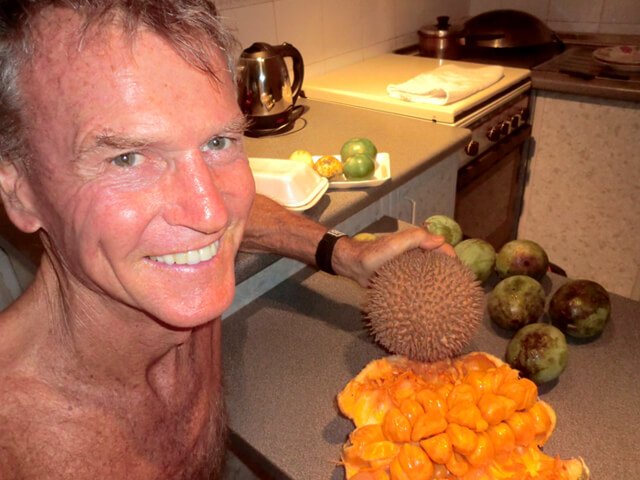 Early into his eighth decade of life, Robert, who operates a clinic as a chiropractor and guides others as a drugless physician, helping them change their lifestyles, runs, practices yoga, performs handstands and exercises in other ways without experiencing any pain. On a raw food diet, which he has led since 1974, he has experienced increased energy and functionality and a clearer mind.

“I would say other benefits are you don’t have to be continually looking over your shoulder, wondering whether you’re going to come down with this or that ailment or disease, not planning your life around whether you should be residing close to medical help,” he said. “Just having a freedom of choice and freedom of movement and generally being able to function properly as a human being is such a benefit when you look around at the bulbous state of the human population in any mall that you might go into in any city in the so-called First World countries.”

Robert wants to impress that health is a personal responsibility. “Your health is your own responsibility, so you need to look to yourself if you’re wanting to upgrade your health,” he said. “Don’t look to another external source.”

Robert’s taken personal responsibility for his health by eating right and keeping in shape. His daily routine is to stretch in the morning, draping his back over a large exercise ball while keeping his feet secured on anchors, and then moving on to handstands. He then does chin-ups and cradle exercises, calling for the inversion of the body, and then core-muscle exercises followed by hand walking. 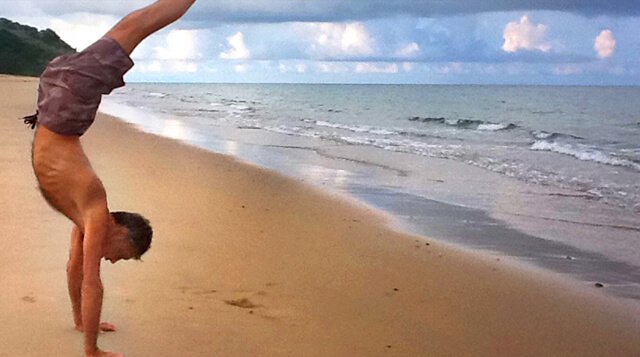 The best single exercise Robert recommends is a handstand, which calls on the body to use 33 times more oxygen compared with walking on one’s feet and flushes the head, neck and shoulders with oxygen instead of just the feet.

Watch Robert in Action in a Popular Video

Robert urges people to offset their occupational activities—calling for many to sit or stand all day—with physical activity that challenge the body in different ways. “No wonder people are suffering from joint and lower-back problems,” he said. Inverted squats and sit-ups are his recommendation for people to break the mold their work position brings them. 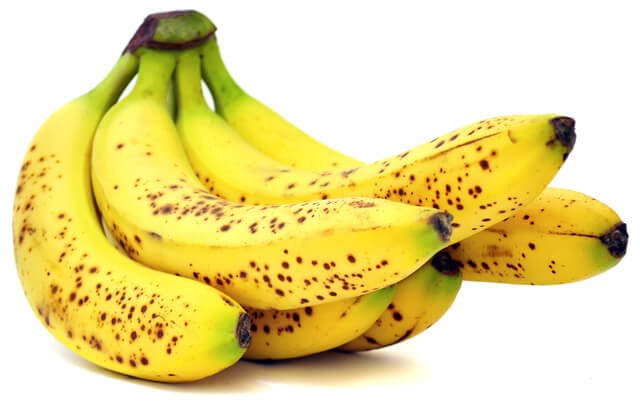 Robert’s exercise routine spans 25 to 40 minutes and is followed by a breakfast at 9 to 9:30 a.m. of fruit such as mango or mamey sapote—usually a monomeal, or one food eaten at a time. At about noon, Robert enjoys another fruit meal, generally two or three bananas with one or two papayas and some passion fruits. He eats another fruit meal, usually a green smoothie (four to five bananas, half a mango or melon and greens such as kale, Swiss chard, spinach and celery) with sprouted coconut, at 2 to 2:30 p.m. Occasionally, especially when he hasn’t consumed greens for a while, Robert adds powdered barley grass to his green smoothies.

“Sometimes, I go weeks without having greens, just living on fruit alone,” he said. “I do get the feeling after three or four weeks that, ‘Yes, I’d like some greens.’”

Robert practices long daily dry fasts, extending from 2:30 to 3 p.m. all the way to 9 the following morning—an 18-hour break from food. “I think that’s the secret to maintaining a healthy [body] and generally not allowing the aging process to take place.”

Robert said that because most eat voraciously after coming out of water fasts, negating the effects of the fasts, people are better suited undertaking regular short fasts such as dry fasts. During dry fasting—about which Robert learned from, among others, Dr. Sergey Filonov of Russia, who helped Chernobyl victims heal—no water is consumed. It is a step beyond water fasting and can be undertaken with the aim to reverse radiation effects, motor neuron diseases and neurological disorders—conditions that often cannot be reversed via water fasting or a raw food diet, he said. 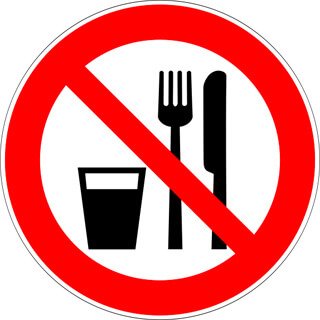 Robert said that during dry fasting, the body produces 1 to 1.2 liters per day of metabolic water. Dry fasting can be likened to a fire that burns up toxins in the body, he said. Metabolic water is a byproduct of gluconeogenesis, or the breakdown of body fat to produce energy, carbon dioxide and water, he said.

Robert recommends dry fasting only after a person has sufficiently cleansed his or her body through water fasting and a raw food diet for at least two years. Weak organs could be overloaded by the amount of toxins released during dry fasts, he said.

A dry fast enabled Robert to heal an abscessed tooth. After 24 to 36 hours, the tooth pain started to subside. By the end of the second day, all pain had vanished—and so did the swelling in Robert’s face. By the third day, I was back to normal and could chew again. “That proved to me the benefits of dry fasting,” he said, “and I’ve incorporated it into my lifestyle ever since and feel good about it.”

“Incorporate it into your lifestyle, [and] you’ll be streets ahead of the other raw fooders who are continually searching for more and more calories,” he said. ” … Your body becomes so much more efficient, and this is what you’ve got to aim for—efficiency in your bodily functions, not trying to overwhelm [your body] with food and nutrients and calories. Your body can only utilize a certain amount. It takes energy to excrete any of those nutrients, which are above and beyond what you require.” 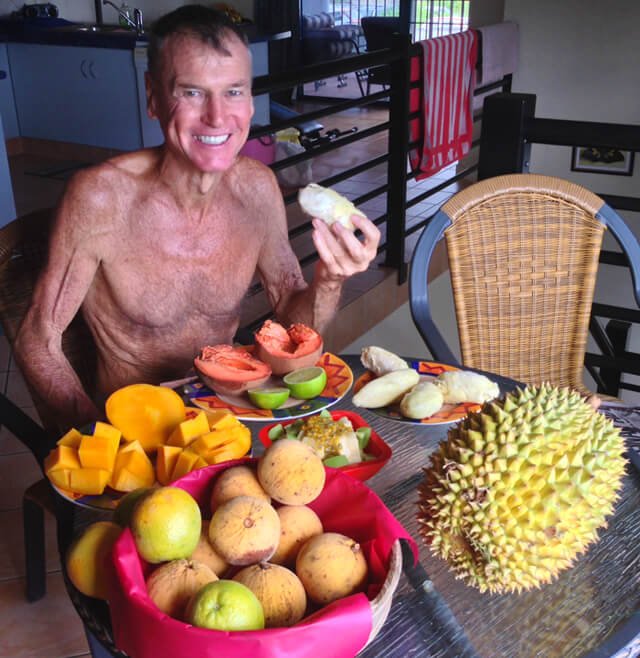 Robert limits his intake of overt fats, consuming coconut (one to two a week plus sprouted coconuts, which are low in fat and rich in carbohydrates), ackee nuts and very few avocados over the course of a year.

With supplementation, Robert occasionally uses a Vitamin B12 spray and barley green powder once every couple of weeks. Because soils are deficient, he takes a drop of potassium or colloidal iodine once a day, referencing Don Bennett’s supplementation recommendations.

Robert hasn’t had any medical or blood tests in the past 40 years. “I just go by how I feel,” he said.

Asked his best advice for transitioning raw fooders, Robert said: “Stick at it. It’s a lifestyle, not a diet, and it’s a lifestyle worth aspiring to because it brings you to a whole new level of awareness about how we’re on the wrong track on this whole planet. We’re pursuing more, more and more of things, which matter less and less. As you get into a raw food lifestyle, you’ll start to realize what things really matter in your life.”

Robert ticks off love, relationships and your connection to the world as a whole as the most important things in life, from what he’s experienced.

Robert said that in the past 10 years, he’s expanded his connection to the world by getting out and about more, away from his Australian home base. “I think people are shortchanging themselves if they’re slowing down in their 60s and 70s,” he said, adding that he’s opened up more in life by traveling to Southeast Asia and the United States and meeting many people, including at The Woodstock Fruit Festival. 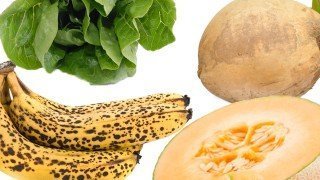 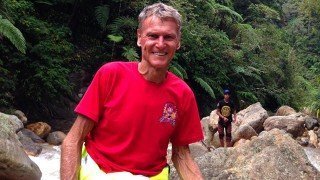