‘The Only Way We Can Change the World Is If We Each Change Ourselves.’

Once Melissa Raimondi of Lissa’s Raw Food Romance fame adopted a fruit-based raw vegan diet, she underwent seismic positive shifts in health compared with her “off and on” experiences on a raw food diet from 2004 to 2014 that included high-fat, gourmet-style meals as well as animal products.

Since embracing a low-fat raw vegan diet on September 12, 2014, Lissa, 37, a lifelong Alberta, Canada, resident, has lost 70 pounds and cleared up acne as well as enhanced her mood. She also shed her “edgy anxiety,” connected to a caffeine addiction, and joint pain and cellulite vanished. Additionally, her vision hasn’t deteriorated for the first time since wearing glasses as a young child, and her skin has softened and is no longer oily or overly dry, as it was before going raw. Lissa also notices that her hair is no longer oily and that she doesn’t suffer from dry mouth or headaches in the morning.

“I look younger than I did before going raw,” said Lissa, who first learned about raw food in 2004 while working in the natural health industry, coaching people on supplements and diet.

For Lissa, viewings of the popular vegan films Forks Over Knives, Earthlings and Cowspiracy were instrumental in her understanding the importance of being vegan, not only for health and ethical reasons, in the case of the former two films, but for the environment, in the case of the latter film. “I was now a full-on vegan and decided that I would be all raw because, for me, cooked food triggers me to eat junk,” she said.

Lissa soon learned about a low-fat raw food diet, thanks to watching “tons” of YouTube videos. In the past two-and-a-half years, Lissa’s eaten just three cooked meals. One came at the beginning of her raw food journey as a test, with the other two times driven by the lack of availability of raw foods. “It made me realize that raw food was the way to go for me,” she said.

Many raw fooders declare feeling well-hydrated as among their favorite benefits of leading a fruit-based raw vegan lifestyle, and Lissa ticks this box in addition to no longer being pushed and pulled by cravings. “I feel loads more energy and love not being a slave to food anymore,” she said. “The freedom of not having to debate with myself over what I should or shouldn’t eat was worth every no I have to say.” 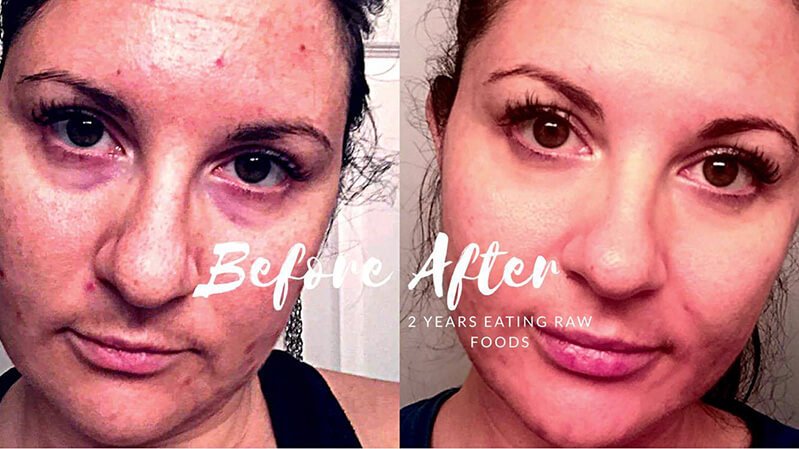 In a Nutshell: Melissa Raimondi 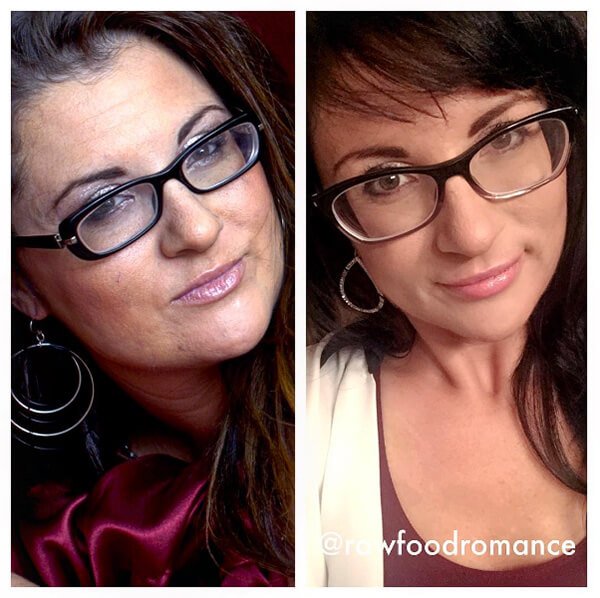 Exercise is an area of a healthful lifestyle Lissa admits she must focus on more. She tends to engage in physical activity in “small bursts,” usually one to three weeks, and then stops for months. She observes that when she does exercise, though, her low-fat raw vegan diet provides “amazing” results in with respect to endurance and strength.

“I actually ran a half-marathon with no training,” said Lissa, who advises others not to follow suit. “I was never able to do [this] before I became a raw vegan. The marathon made me realize that the food I was eating directly impacted my physical activity. I am not an athlete, but I can do more as a raw vegan than I ever could on cooked typical foods and animal products.”

Lissa enjoys fruits in the mornings and as snacks and counts nectarines—in-season ones from Alberta and British Columbia—as her favorite fruit. “I could eat those forever,” she said. Other choice fruits for Lissa are mango, mangosteen, pineapple, strawberries and Saskatoon berries. “I also love sea buckthorn berries, but they are harder to find, and I end up having to get them frozen from a local merchant,” she said. For lunch, Lissa likes to have “fruiting veggies,” also known as nonsweet fruits, with tender greens for lunch with a limited amount of a fatty dressing such as from chia seeds or a no-fat dressing—or she eats more fruits if she doesn’t want a salad. Usually, Lissa consumes overt fats only in the evenings, when Lissa consumes darker leafy greens such as kale, Swiss chard or spinach with dressings made from walnuts, cashews or chia, sesame or sunflower seeds “to absorb fat-soluble vitamins from the greens,” she said.

With overt fats, Lissa aims to limit the amounts to fit in a shot glass or a tablespoon of ground nuts. “I do prefer seeds over nuts as they don’t seem to have the same effect on my blood sugar levels,” Lissa said. “I avoid avocados as I have a sensitivity to them. I feel extremely tired [after eating them], and it could be the high fat or that I am actually just sensitive to them. I was able to eat them in Costa Rica fine, but I can’t do the ones here.” Finally, Lissa also uses young Thai coconut “meal” in a few recipes.

“My motto is, ‘Fruit in the morning and veggies at night make a girl happy, healthy and light!’” she said.

An average day of meals for Lissa comprises a fruit bowl with banana, pineapple and other fruits for breakfast followed by snacks of bananas, apples or other available fruits. For lunch, Lissa gravitates toward salad with a bed of tender greens such as romaine or butter leaf lettuce and topped with tomatoes, cucumbers, bell peppers and zucchini, and on other days, she opts for sweet fruits. For dinner, Lissa loves making recipes such as her Raw Vegan Chili.

“I keep the fat low, though,” Lissa said. “I don’t use too much. If I want to eat more fat, I just eat more veggies to balance it out.”

Watch Melissa Raimondi in an Interview with Raw Intuition

Lissa steers clear of eating cooked foods, highlighting that they trigger addictions in her. “If I allow steamed veggies into my meal, I will automatically justify eating other cooked food until it turns into junk,” she said. “I can’t go there. I view myself as a recovering alcoholic. I can’t even try cooked or I will most likely fall back into my old habits. I assume this will change with time. I feel so great eating raw foods that I don’t even want to try anything cooked. Sweet potatoes and steamed asparagus or rice do not tempt me. I feel dehydrated just thinking about eating cooked foods. I’m sure, though, if I had a cooked meal, I would become readdicted to it.”

All this said, Lissa said she wants people to understand that there are many different ways to be raw vegan and that “not everything will work for everyone,” she said. “There are some that do higher fat and are totally able to maintain that or they do higher fat some days and lower fat other days,” she said. “Some people have mentioned to me that I am not a true raw vegan because I still include things like cashews, nutritional yeast, coconut aminos and spices that are not actually considered raw foods. I keep these in my diet because they keep me raw vegan.”

For most or even all, the dietary journey is a lifelong one. “The cleaner the better, but not all of us are there yet, and we may never get there,” Lissa said. “It’s always a journey of tweaking your diet to clean it up as time goes on. As long as no animals are harmed and you are eating even just 50 percent raw, then you are already winning! It only gets better the cleaner you get, but don’t ever feel bad if you aren’t perfect. Just move forward.” 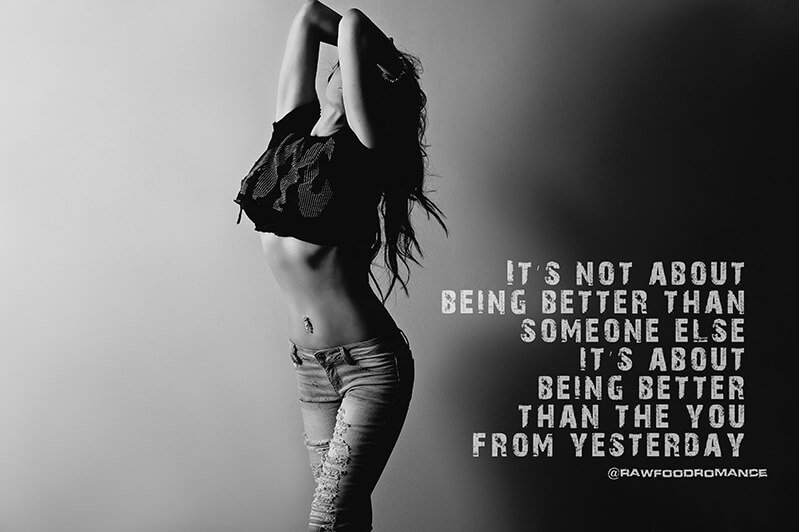 Although she prefers to buy foods at farmers’ markets, the cost of these foods can be “fairly expensive,” she said. Lissa has learned to be a price-savvy consumer and knows where to go to find the best deals such as on cases of bananas.

Living in a high-rise apartment presents challenges for Lissa to grow her own food, but she recently purchased a Tower Garden, enabling her to grow lettuces, tomatoes, cucumbers and some herbs. “I would rather grow all of my own food, knowing it’s all organic and heirloom, but until I can afford to get more Towers, this will definitely help,” she said. “Eventually, I will set up enough Towers … so I never have to buy greens again unless I need to.”

With regard to supplementation, Lissa, who’s never had a blood test but plans to get one in the next year or two, regularly takes Vitamin D3 because of “the lack of access to sunshine” and Vitamin B12 because “I am not a wild animal living and digging in wild soils,” she said. “I also randomly supplement with Vitamin K2 for my teeth and bones since most of us lack the bacteria necessary to convert K1 from greens into K2. This is a big reason why animal products are promoted for bone and teeth health because the animals convert it for us from the greens they eat.”

Lissa finds tremendous joy in producing videos for her YouTube channel, featuring recipe and informational videos as well as segments on what she eats in a day.

“I try to hit the psychological mindset aspects of changing your diet, of which not many raw fooders address,” she said. “I have been told that my videos are very timely or that people were ‘just talking about that subject,’ so I do feel like I am somewhat guided in what I end up talking about.

“I try to have a variety of videos, and I hope that people take what they can from my talks and apply it to their lives,” Lissa continued. “My ultimate goal is to get people off animal products and eat more raw foods. Despite whether they go fully raw or not, as long as we can get them to vegan, low fat and high raw, then we have made the best impact.” 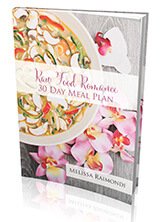 A decade into the future, Lissa envisions herself having amassed an empire of books and recipes, lots of YouTube videos and traveling the world, helping people change. “Some dreams I have are to have maybe a fruit farm or an animal sanctuary in Canada,” she said. “I want to do a lot of art in the future and have proceeds go to animal rescue centers and vegan activism. I plan on releasing many, many meal plans and recipe books in the future and won’t stop creating new things. I have a lot of other ideas for products, too, that will help with raw vegan food preparation. I’m not looking for fame; I am looking to help people change. The only way we can change the world is if we each change ourselves.” 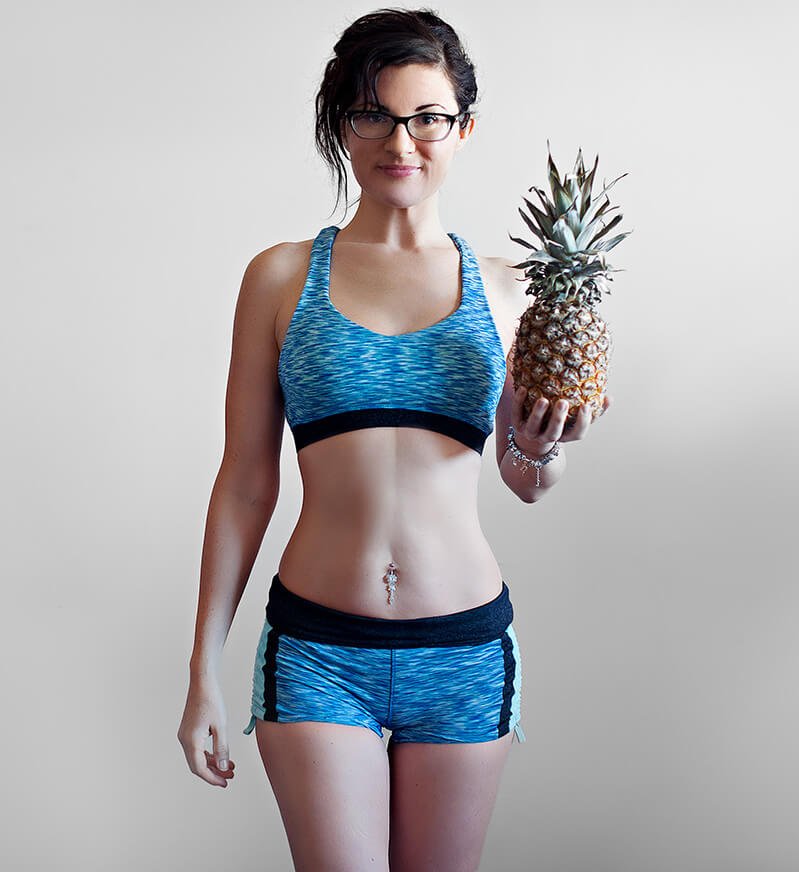