Censorship Is Making It Harder Than Ever to Find Natural Health Content. Help Your Family and Friends Plus Fruit-Powered by Sharing!
💛 Complete the Circle of Giving by Supporting This Content! 💛
Shop in the Fruit-Powered Store
Donate to Fruit-Powered
Josh Fossgreen, 24, grew up in the San Francisco Bay Area and recently moved to Los Angeles. He’s a musician first and foremost (hence the move) and has been playing bass for the past 11 years and performing, recording and teaching for the past seven-plus years. Josh has been 100 percent vegan and 100 percent raw 90 percent of the time since December 2008.

Josh is the author of Stupidly Simple Raw Food Recipes and editor of the former RawFoodFreedom.net. He has produced more than 100 videos on raw food.

Note from Fruit-Powered's Brian Rossiter: I began 10 sentences with targeted words, presented in boldface below, and asked my counterpart to complete the thoughts in this Raw Vegan Transformations: Conversation.

I never thought I’d go vegan, but I was totally wrong! I think most people who go vegan didn’t really plan on it—it just naturally arises as we think about our food choices and learn about nutritional science. If veganism was an arbitrary ideal, I don’t think anyone would bother. 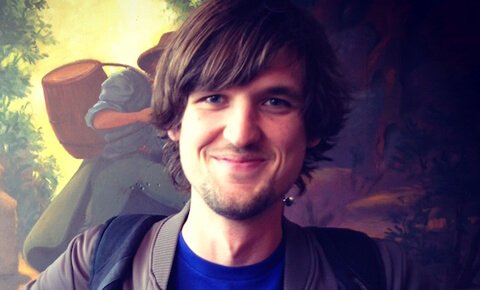 Eating a vegan diet is the only way I can imagine eating now. I think any intelligent person who looks into improving their diet will either end up vegan or misinformed.

I discovered a gourmet raw food diet after a cooked (high-fat, though I didn’t realize it at the time) vegan diet wasn’t quite giving me the results I was looking for. But it was so hard to “stay raw” eating that much fat that I couldn’t do it for more than a week at a time.

Harley Johnstone‘s videos are the only reason I found 80/10/10 and got into it. If it weren’t for Harley, I would have given up on raw food.

It took me about a year on 80/10/10 to really feel settled. I struggled with cravings for a while, which I eliminated by:

The changes I’ve experienced are unbelievable! It’s hard for me to even think about them as “changes” now because I’m so used to being a healthy person now. I used to have bad acne—that’s much better now. My food cravings are gone. I’m no longer overweight, smelly or struggling with indigestion and constipation. And I actually enjoy fitness activities now, and my performance and improvement over time is better. 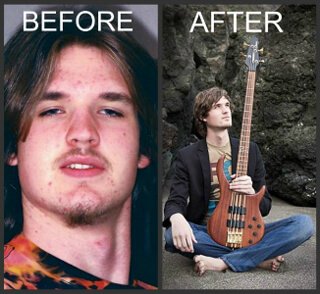 Traveling and keeping 100 percent raw is challenging. This world and culture are not fruit-friendly, so I’ve had to make up my own strategies for eating healthy on the road. I eat a lot of dried fruit and fruit juice, but I also don’t obsess over staying 100 percent raw if I can’t get good fruit. Pasteurized OJ, steamed potatoes and rice, etc. are all good options, too. I’m usually playing music when I’m traveling so I just make sure to seriously carb up so I have the stamina to deal with late nights, long shows, long drives, etc.

Bananas are the most convenient fruit to eat in most of the world today. Hopefully someday we can say that about rollinia, mamey sapote and cherimoya! But for now, bananas are sweet, calorie- and nutrient-dense, cheap and widely available. They’re definitely my biggest staple throughout the year.

Stupidly Simple Raw Food Recipes is my take on a raw food recipe book. Everything is three ingredients or fewer, very quick to make and delicious! I only used recipes that I actually make on a regular basis because I felt that most recipe books focused on impressive gourmet presentations and that most people need to understand how to eat staple foods on a raw diet. So I think my book complements other people’s recipe books very well.

With my Raw Food Freedom videos, I hope that I’m helping make the world a safer, healthier, more evolved place. I often feel frustrated that I can’t just stand on a soapbox with a megaphone and yell to the entire world, but YouTube is my best effort at that for now! And specifically, since most raw food channels talk about food and recipes all the time, I like to talk philosophy and other non-food issues that relate to the broader raw food lifestyle. I’m young and wacky, but I think I have an interesting perspective on life and I hope that it helps people create their own educated opinions on important topics like communication, relationships, freedom, and health.

Watch Josh Fossgreen in ‘The Power of Commitment’

Fruit Consumption Enhances Josh Fossgreen’s Musical Prowess
Explore all Spotlight features
Enjoy This Illuminating and Inspiring Content? Show Your Love by Sharing!
💛 Complete the Circle of Giving by Supporting This Content! 💛
Shop in the Fruit-Powered Store Donate to Fruit-Powered