Censorship Is Making It Harder Than Ever to Find Natural Health Content. Help Your Family and Friends Plus Fruit-Powered by Sharing!
💛 Complete the Circle of Giving by Supporting This Content! 💛
Shop in the Fruit-Powered Store
Donate to Fruit-Powered
I recently joined a Celtic rock band called Tempest. At my audition a few months back, everyone was very impressed with how quickly and thoroughly I’d learned all the material. The fiddle player remarked, knowingly, “It’s because he’s a raw vegan.”

Well, I think there’s definitely something to that. Although I haven’t followed a consistent 100 percent raw diet in a while, fruit is still my staple food by far, and I think it’s one of the secrets to my artistic performance. 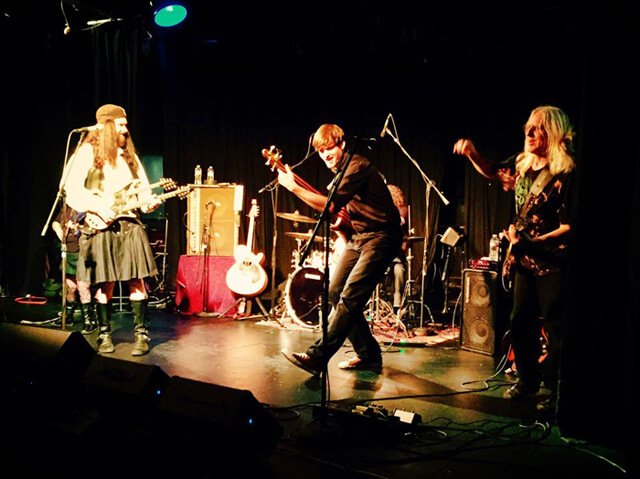 Josh Fossgreen (second from right) plays bass on stage with Tempest during a performance.

I’ve been playing electric and upright bass for about 12 years. The first big change I made to my diet, after a lot of experimenting and learning, was to go 100 percent vegan in 2008. That alone made a big difference for me because my weight, skin, odor, energy level and mental clarity all improved significantly (along with all the yoga and cycling I was doing back then). For me, as a musician, that was all huge. Being slimmer and having less acne meant feeling more comfortable being on stage, and the increased energy and decreased brain fog meant better musicianship. It might be hard to quantify that here, but it’s easily observable to anyone who does the experiment on themselves.

After I went vegan, I started getting interested in raw food. Once I found out about 80/10/10 and started making fruit the bulk of my diet, I experienced a whole new level of health. Everything that improved when I went vegan got even better.

One of the main benefits I’ve experienced from healthy eating is having a clearer mind and a distinct lack of “brain fog.” I laugh when I hear all these “paleo experts” who have magically popped up in the public awareness recently, talking about eating lots of fat to fuel your brain. I find that when I eat too much fat, it has a very noticeable negative effect on my awareness, not to mention feeling comparatively physically sluggish. I think eating “low fat”—which is really just “enough fat”—is one of the secrets to experiencing my full artistic potential. Distractions are a big problem for artists, and having diminished awareness from poor food choices is a big distraction. Less distraction means more energy for composing, rehearsing, performing and those delightful long travel days.

Also, this sounds obvious, but having big health issues such as diabetes, obesity and arthritis are all big impediments to artistic fulfillment. I know there are a lot of very overweight musicians who have made really awesome music, but my perspective is that they would have been much happier and even more productive if they were eating healthfully because we know that all the issues I mentioned above are directly related to diet. 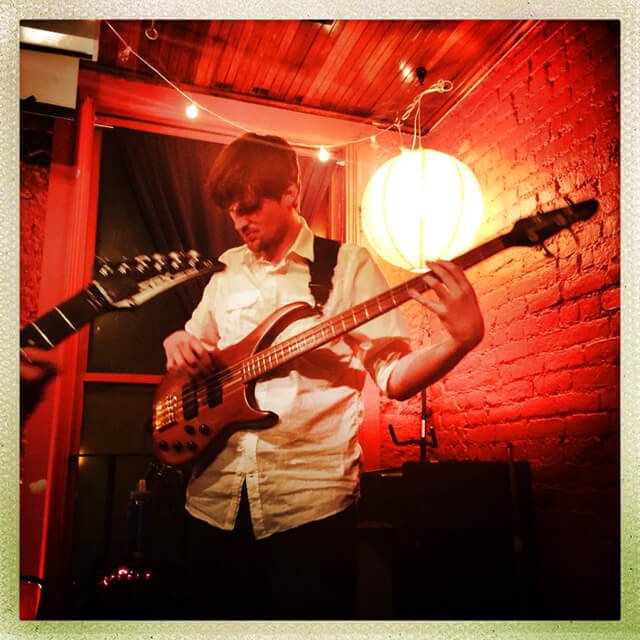 I’m grateful not to be distracted by health problems, thanks to my lifestyle choices. I don’t have any issues with tendonitis or carpal tunnel syndrome like many of my friends do because I don’t eat foods that cause inflammation on a regular basis. I don’t constantly worry about my health because I’ve put the time, attention and care into educating myself and making intelligent choices. I know I’m not going to drop dead of cancer or a heart attack, and I know a lot of musicians who worry about that. Worry is another distraction that takes away from the creative process, so the less, the better, in my mind.

I had a three-year period in which I was 100 percent raw, eating very low fat and tons of fruit. It was great, and I didn’t have any health issues. I started eating cooked vegan food again only as an experiment that became a big convenience thing, too, especially for a musician on the road. At this point, I have some raw days and some days with cooked dinners, which are usually based on root veggies. And sometimes I eat unhealthy vegan food at restaurants—full disclosure. 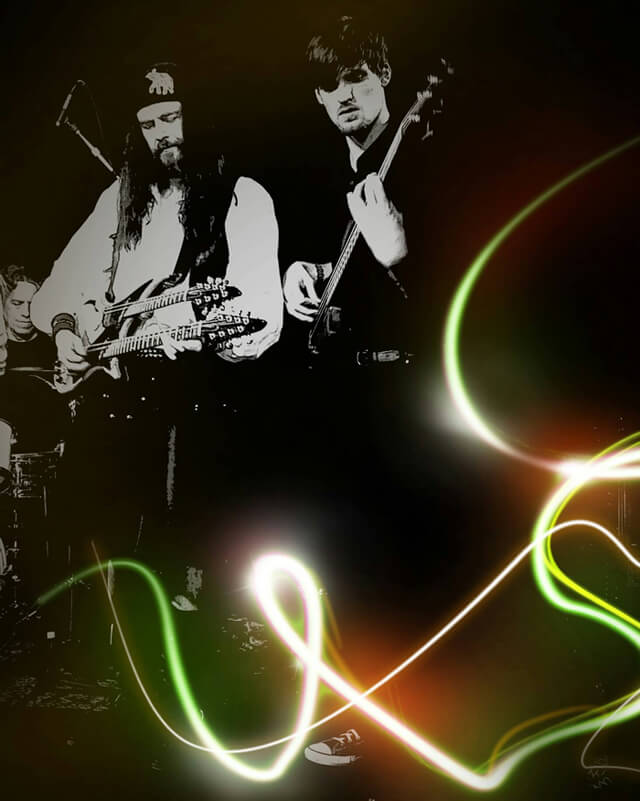 But I’ve reached a point where I understand the consequences of my choices and know exactly what will happen if I eat vegan pizza instead of a banana smoothie, and sometimes I make that choice consciously. Sometimes I choose the smoothie because I want to be at my best for a gig or video shoot. I definitely feel at my physical best when I’m eating 100 percent raw or close to it.

Another little bonus of being so pumped on fruit is that I’m also pumped about fruit, which has led to writing various fruit-related songs over the years, some of which you can find on the RawFoodFreedom YouTube channel.

I hope that anyone reading this—artists, musicians or otherwise—will try at least making fruit a substantial portion, if not the majority of, their diet. I think you’ll be really blown away, and maybe you’ll finally understand why there’s a banana tattooed on my forearm. 🙂

Josh Fossgreen: 'Eating a Vegan Diet Is the Only Way I Can Imagine Eating Now'
Explore all Raw Vegan Transformations

Josh Fossgreen is a rascal—a bass-playing, raw food-eating, anarchist vegan spiritual rascal. He spends most of his time playing and teaching music and is known to occasionally write songs about bananas. Bassist for the band Tempest, Josh is the author of Stupidly Simple Raw Food Recipes and editor of RawFoodFreedom.net. He has produced more than 100 videos on raw food. Visit Josh's music website, music YouTube channel and music Facebook page.