Top Stories in This Issue

Hello, readers! Tuesday marked World Vegan Day. I’m thrilled to report that this week, the number of people searching Google for the word “vegan” is twice as many as the same week three years ago. The vegan movement is growing big time this year, but there is much more work to be done until we have global adoption of vegan diets, including raw vegan diets. 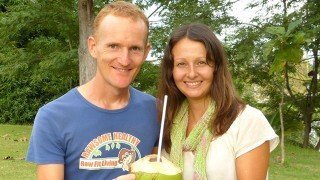 Paul and Yulia Tarbath are two major players in helping folks go raw vegan, and I’m happy to feature stories from them in Fruit-Powered Magazine. When I was in Chiang Mai, Thailand, three years ago, I was fortunate to spend time with the Tarbaths, who quickly became friends of mine and introduced me to the freshest lettuce and orange juice I ever had one morning plus so much more. I’m in awe of their around-the-world travels and work in educating people the world over on the benefits of a fruit-based raw food diet. 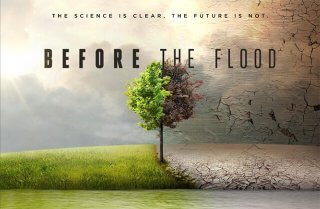 his week, I watched Before the Flood, a well-photographed documentary about climate change starring the biggest movie star of the past 25 years, Leonardo DiCaprio. DiCaprio, I’ll point out, delivered an executive-producer cut of the environmental film Cowspiracy to Netflix, but in Before the Flood, the word “vegan” isn’t mentioned even once. This is a huge missed opportunity for a film that could’ve brought more attention to the single biggest reason for climate change: animal agriculture.

“It’s very easy to envision a dietary shift even as minor as switching, let’s say, from beef to an alternative, let’s say, even chicken,”

Dr. Gidon Eshel, a research professor of environmental physics at Bard College, says in the film. DiCaprio, who earlier is downcast on whether Americans can tame their consumption of physical goods, then asks Eshel whether it’s even possible for Americans and other cultures to give up beef.

“… Maybe everybody’s not ready to eat tofu 24/7. I get that. But even if you just have to have some flesh between your teeth, if you switch to chicken, you will have eliminated 80 percent of what you emit … . Let’s face it, it’s fairly easy to switch your diet from one choice to another.”

If you haven’t already, sign up to watch the nine-part series The Truth About Cancer. I caught the first part during last night’s kickoff and was impressed with the wealth of information shared. Unlike Before the Flood, The Truth About Cancer pulls no punches, really digging in to the corruption of the health-care and pharmaceutical industries. 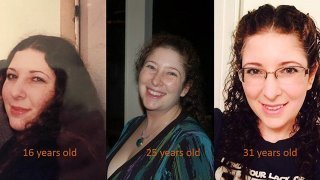 Rebecca Rosenberg is someone whose commitment to a wholly fruit-based raw food diet is remarkable. She is driven to rejuvenate from multiple sclerosis, just as she’s healed from a number of other health challenges. Rebecca is sometimes meticulous about her food intake, and she openly shares this information on social media—and I love this attention to detail! Get to know Rebecca in the powerful transformation story she wrote for this month’s Magazine—and make her Southwestern-inspired recipe. Look for her top tips later this month! 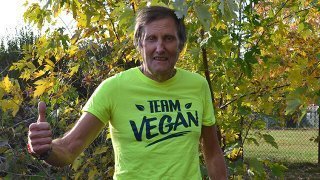 Arnold Kauffman‘s latest Magazine story traces the decades-long path to his co-creation of a grassroots initiative called Team Vegan. Last week, Arnold sported a Team Vegan T-shirt along with several other Arnold’s Way regulars during his first 5K run. The raw food trailblazer and creator of the Raw Food Capital of the World has his sights set on participating in lots more 5K runs and the Team Vegan concept catching on across the nation and around the world.

On November 17, look for in the second half of the Magazine‘s November issue:

If you or your loved ones suffer from chronic pain or want to improve your posture and joint alignment or supercharge your athletic performance, explore my Posture Exercises Method. This Method has helped me reverse a decade of chronic pain and get into the best shape of my life. I’ve taken my own practice of the Method to another level this year and am feeling the wonderful results every single marvelous day! 🙂 I also offer the Fruit-Powered Lifestyle Coaching Program, providing transition guidance to raw fooders, under my Fruit-Powered Life Force Center.