We do not inherit the earth from our ancestors; we borrow it from our children. 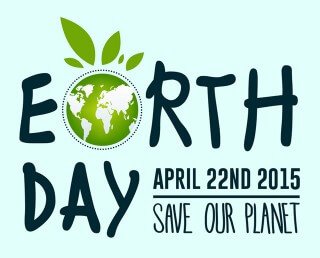 Today, the day I’m writing this article, is Earth Day, and its significance gives me pause to think about our Mother Earth and what it means to be a human being in 2015. Every day, I think about my basic needs and how I want to spend my time. I am relentlessly carving out a life that resonates with me and am exercising patience until all the pieces manifest magically before my eyes. I am enjoying every moment on this winding journey and learning to appreciate every misstep as a vital lesson I needed to learn.

I visualize the planet I want to see. I see rolling fields of grass and stately trees—fruit trees!—everywhere. I see majestic mountains far away to one side and the powerful sea far away to another. I see clear blue skies and am embraced by the warmth of the sun. I see scores of creatures—aardvarks, ants, bees, birds, caterpillars, cats, dogs and dragonflies—basking in the moment, feeling in their element. I see gorgeous starry nights and fireflies lighting up the space. I hear the comforting chirping of crickets. 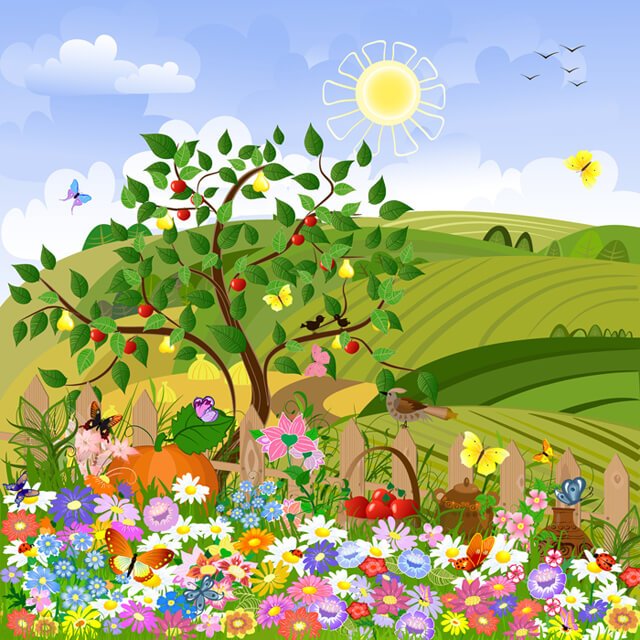 A lot of this planet I want to see is here already. It’s been here for a long, long time. But with a quick look around, it’s easy to see that the world we came into is changing by the minute and that we certainly never got to see our earth in its pure, raw, unabashed ragged glory. All this stuff happening on our planet, for better or worse, is labeled “progress,” and our way of life has marched forward at an ever-more-hurried pace since the dawn of the Industrial Revolution.

In speaking about the masses, we’ve reached a point where football stadiums, shopping malls, movie theaters, restaurants, convenience stores and high-resolution screens as big as a wall or as tiny as can be define us more than plain old grass and succulent sweet fruit. Just consider what we spend most of our waking hours doing. I call this absolutely crazy! I often feel blindsided by life’s demands, pulling me in so many directions it’s sometimes dizzying to remain standing.

All this, and I don’t even own a smartphone! E-mails, alerts, tasks, responsibilities and deadlines weigh on me. Here’s a stunner: All this technology isn’t making life easier. We simply are doing much more than we used to, becoming like robots. And we’re not designed to live like this at all! 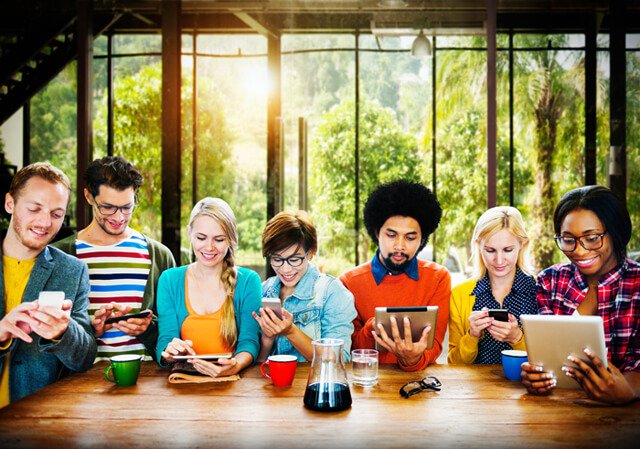 Still, I’m a lot better off, personally, than I was before April 2010, when I began setting off on life-changing twin journeys—first, to reverse chronic pain on my way to getting into the best shape of my life via the Egoscue Method and second, just nine days later, to make a date with green smoothies for 1,250 consecutive days, leading me well into the land of raw nirvana. These experiences opened me all the way to my core and began showing me who I am and what I have to do with my life. These experiences awakened my consciousness and inspired me to take action, to help lead others to embrace lives they want to live, to spare land and sea creatures their lives and to help improve our environment.

I am grateful every single day that I’ve not only discovered these healing modalities and ways of life but that I practice them faithfully. I want the whole world to discover and adopt a fruit-based raw food diet especially! Talk about changing the world—I know it can!

Of course, I’m not alone in wanting a life different from what the mainstream offers. Many, if not most, fruitarians want to define life on their terms. Jason Kvestad and company are building a fruitarian haven called Terra Frutis in Ecuador. I spend time thinking about what it must be like to be among this community of folks truly living on and off the land. Talking about getting back to our roots! Adam Kutner, husband of Cassandra Glynn Kutner, excitedly tells me about the foods he’s growing in his family’s garden and the raw food recipes he’s making every time I see him at Arnold’s Way, a raw food café in Lansdale, Pennsylvania. Month by month, this vegan has been eating more and more raw foods with an emphasis on fruits. Owner Arnold Kauffman, by the way, is the one who planted seeds in me not only for my raw food awakening but to gain the awareness that a fruitarian world is a place of love and peace in which all lives are valued. 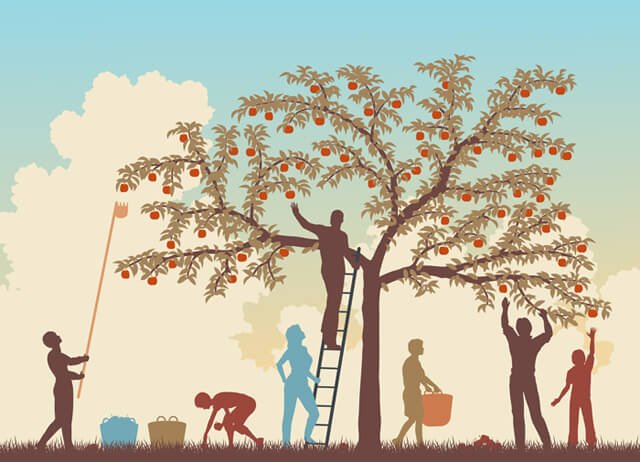 Growing our own food can help the planet tremendously, eliminating much or all transportation and refrigeration, for example, while enabling us to wrest back control of a basic need as well as get in touch with the planet. While attending a lecture by Doug Graham and Karen Ranzi in October 2012, I learned that fruit trees can produce 100 times as much food per acre compared with raising livestock and growing grains, 90 percent of which feeds these livestock. Additionally, animal agriculture is responsible for 51 percent of global greenhouse emissions—almost four times as much as all the automobiles on the planet—making it the biggest offender to human-caused climate change, according to a 2009 study.

The world population has more than doubled from 3 billion to 7 billion since the 1960s. Estimates project the population to be 9 billion to 10 billion by 2050. The Brazilian government reported recently that São Paulo, South America’s largest city, might run out of water by June. Other major cities regularly face water shortages.

We are at a critical time and must get crystal clear on our precious land and water uses, addressing them in ways better than governments, so-called activist organizations and the traditional news media are, as Cowspiracy demonstrates. This startling film trumpets that animal agriculture uses a whopping one-third of the planet’s water and almost half of the world’s land. We have stolen the world, and we have to give it back! 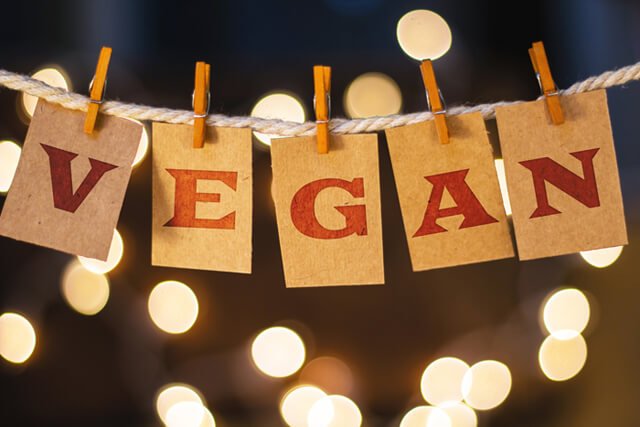 A 2010 United Nations report calls for a plant-based diet. The vegan population has doubled in recent years to 2½ percent in the United States. Now, this is progress, but we have much more work to do for ourselves, for fellow creatures and for the planet. We can also do better than go just vegan.

This, my friends, is the Earth Day we want every day!

Together, let’s make it happen! 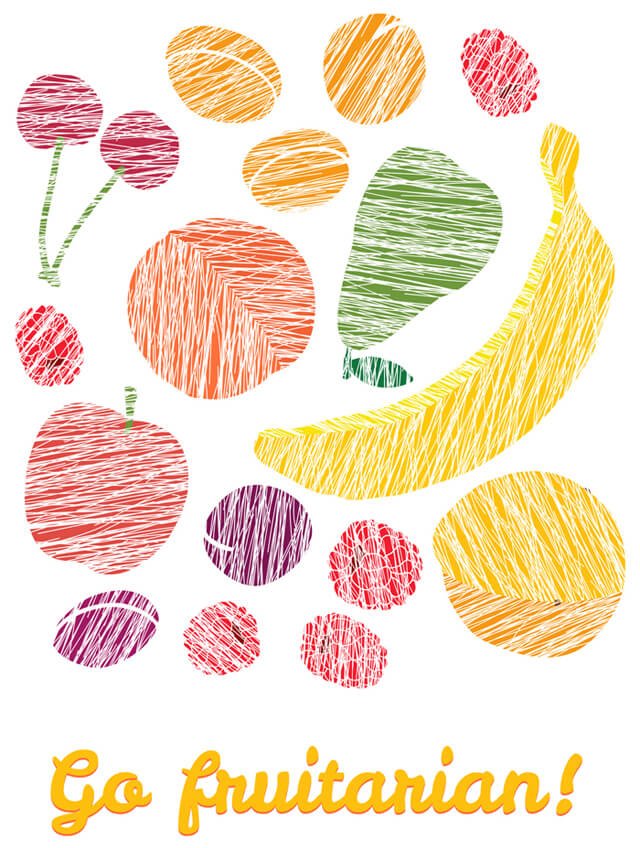 This is the Esta Loca taco salad at @gangstervegan

Scroll to Top
Send this to a friend