Because we had waited so long for anyone to ask us to do something, we were saying: ‘Yes. Yes. Yes.’ That was a moment where it was really evident that there was always going to be one more thing they’re going to want you to do. At some point, you had to say ‘no.’

That was the birth of ‘no.’

—Stone Gossard, rhythm guitar player for Pearl Jam, on the band’s lackluster performance during the Singles movie release party in 1992.

I’m a huge fan of Pearl Jam and have learned many life lessons—on the value of character and principle, for example—from this intriguing, dynamic band. One important lesson is the power of the word “no.” In September 1992, Pearl Jam had ascended to become the biggest band in the world. Just six months earlier, the Seattle quintet was only gathering steam, building a following based on the merits of its revealing, powerhouse debut record and thrilling live shows in small clubs. But by September, record label demands on the group meant Pearl Jam was fast on the path toward burning out before it truly found its voice.

The band’s schedule was maxed out, and a small show for the Singles movie release party meant shows every day for a week. It turned out to be a disastrous gig, but Pearl Jam took away perhaps the biggest lesson of its now 24-year career. Band members learned that they had to say “no” and look after their own needs before doing anything that might please others, even playing friend and film director Cameron Crowe’s release party. This lesson has served the group well. Led by singer Eddie Vedder, Pearl Jam wound up purposely minimizing its exposure over the next decade and beyond while creating a story of a now-legendary band that respects and challenges its audience. When Pearl Jam wanted its voice to cut clear across the political noise with its 2006 eponymous effort, the band returned to the limelight and plum festival headlining gigs on its terms. 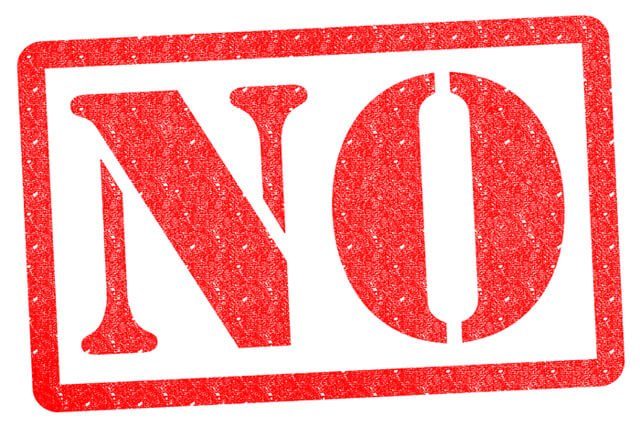 I want to explore the power of saying the word “no” and what it means to raw fooders, especially those transitioning to a low-fat raw food diet. This is a word that very likely might have to be part of your vocabulary, a word that you politely sound out when family, friends and perhaps even co-workers and strangers ask you to partake in foods, including bacon cheeseburgers at gatherings or cheese samples as you stroll through supermarkets, that you know won’t help you advance on your raw food journey.

Say these out loud—and be strong, clear and confident with your voice:

No. I am enjoying my watermelon, but thank you.

Today, I mark my third year being wholly raw vegan after getting the eye of the tiger, liberating myself from the last cooked food meal on my menu: vegan burritos covered with sodium-rich hot sauce. Yes, I had to say “no” to this choice for many days until I no longer wanted this meal. This lifestyle has been so easy and enjoyable since just weeks after I hit my stride as an all-in raw fooder that it’s become second nature to me. But I still have to say it sometimes. I’m talking about saying “no.”

Some mistake my trim frame for a so-called protein deficiency. One overweight woman a few days ago told me that I need to eat legumes for protein because of my vegan diet. She wound up soaking some, saying I can eat these sprouted lentils raw. Part of me wanted to say: “Are you kidding? I did 120 push-ups yesterday, and that’s just one component of my 90-minute workout.”

Instead, I told her:

No. I don’t want them. I am sensitive to foods and have to be careful about what I eat if I want to feel my best. Thank you, though.

We make choices every day when it comes to diet and other elements of lifestyle, and it’s important to build up our muscles to make choices that are best for us. This is especially critical when making dietary changes because so many tend to lapse into old habits after caving just once or twice. If you do have a weak moment, acknowledge it, observe how you feel and learn from the experience. Don’t get down on yourself, however. Moving forward, you have many more moments in which you can succeed! 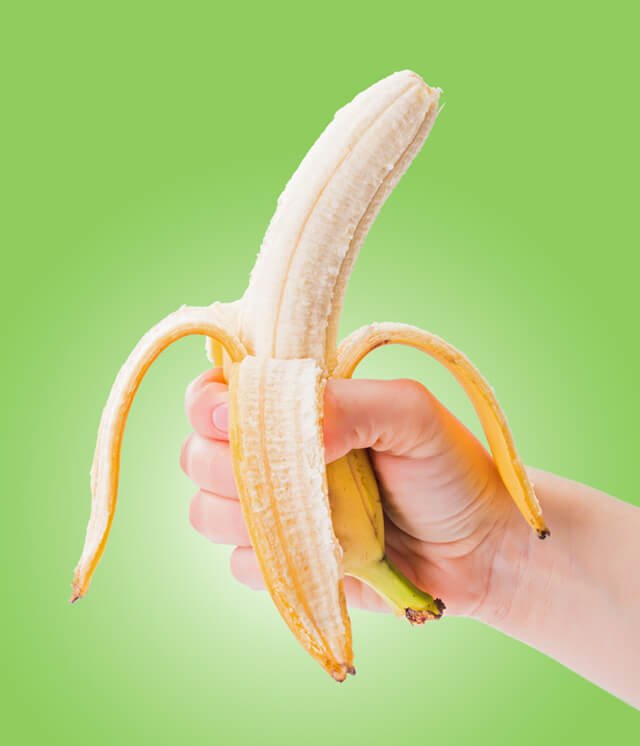 To give yourself the best opportunity to make dietary changes stick for good, I highly recommend eating enough calories from fruit such as bananas. This magical fruit—the best fuel for human beings—is one to keep close-by. I recommend buying cases, stacking them on shelves and eating them when golden and spotted, refrigerating and/or freezing any you can’t quite gobble up while ripe.

Next time your food choices are on a television spot or magazine advertisement or hors d’oeuvre platter extended right before your eyes, know that you have an ace up your sleeve to help guide you toward raw bliss. Don’t be polite and accept just because you were offered, just because you aim to please. “No” is a word for you to exercise your muscles on your way to achieving freedom with your diet and in every aspect of life.

Say it loudly. Say it proudly.