Censorship Is Making It Harder Than Ever to Find Natural Health Content. Help Your Family and Friends Plus Fruit-Powered by Sharing!
💛 Complete the Circle of Giving by Supporting This Content! 💛
Shop in the Fruit-Powered Store
Donate to Fruit-Powered
Jessica Fuller, 21, lives in Orem, Utah, and studies community health at Utah Valley University. She’s among the youngest raw food leaders, spreading the message about the importance of eating a healthful diet on her blog and Facebook page. She also helped launch the Health and Nutrition Club at UVU.

Brian’s note: I began 10 sentences with targeted words, presented in boldface below, that serve as conversation starters and asked Jessica to complete the thoughts in this condensed “interview.”

My journey to raw food started when I was young. At about the age of 10, I discovered that although I completely adored the taste of meat, I couldn’t eat it if was in the shape of an animal. Because of the amount of processed food on the market, it wasn’t hard for me to avoid that problem. I was known to eat 13 hot dogs in one sitting at a summer camp, and I even asked for beef jerky and pepperoni for Christmas when I was 13. Needless to say, I was a definite meat lover! I would eat bacon, hot dogs, chicken nuggets, ham sandwiches, and would have no mental repulsion from it until Thanksgiving Day the year I turned 14. On that fateful day, the turkey was placed on the table to be carved in a way that oriented that poor creature’s rear end directly in front of my plate. I decided that day that I would not eat any of the turkey—nor would I ever choose to eat it again. I decided to go vegetarian!

Over the next few years, I became introduced to several amazing individuals who cured themselves of cancer and other diseases by going raw vegan even though many doctors told them they were hopeless cases, to try conventional treatments or didn’t have much more time on this earth. This highly intrigued me because my birth mother died of lymphoma and my grandmother died of breast cancer. To see these amazing people completely turn their lives around was highly inspiring to me, and I decided to research it more and try it for myself. Since I was in high school, I told my mom I wanted to try eating raw vegan, which she was highly supportive of, and from then on, I started packing a home lunch (much healthier than the pizza or albino “salads” served in the cafeteria). I quickly became known as “The Cucumber Girl” because I would walk the halls with my friends eating a cucumber or a bell pepper like it was an apple and other “rabbit foods,” and many teachers and friends asked me for health tips on a regular basis.

My healthy eating carried on during my first semester at Utah Valley University. I didn’t label myself as “vegan” or “raw”; I was just eating a natural diet of real food! One day I was working at the on-campus Jamba Juice when a co-worker explained to a customer with a special diet that I was vegan and that I could help her make a custom smoothie. Up until then, I hadn’t thought of myself as a vegan—vegans are people who work for PETA, have dreads and have a criminal record from breaking into meat farms and factories to free the animals. I wasn’t a vegan! But once I got over the whole prejudice label block, I decided to make a Facebook page about being one in college to promote healthier living at a younger, more moldable age.

I lead an 80/10/10 lifestyle only during the summers because, during the winters, I crave heavier things due to the cold weather. However, I do still eat a salad every day and/or a green smoothie. I am more focused on intuitive eating and listening to your body and staying in tune with what will best serve you that day.

Being raw and in college, I find many kids my age are unconcerned with what they put into their bodies. Even many of athletes who go to my school are quite unconcerned with the content of what they eat but rather concerned with the caloric “value” of a food. Being raw at my age will help you set healthy habits and act as health insurance for your future. Plus, it will help you perform better in school due to having a clear mind, purer body (fewer sick days) and less of a need for sleep (more parties, dates, homework or whatever your cup of tea is).

Living on a budget means living within your means with some money left over to spare. When you eat raw, you will find that you don’t eat as much food because your body utilizes and synthesizes what you give to it better. The more purely you eat, the more bioavailable the nutrients in your food are to your body because your body will come to expect less and because your body will be pure enough to take food in at a more rapid pace before it’s pushed though. The only biological reason we eat is because we need nutrition, though our culture has morphed it into something we do as a form of entertainment. I suggest buying in bulk and buying what’s on sale. Go to your local farmer’s market! Ask places where you buy from if they will give you a student discount—at our local Sprouts we get 15 percent off every Thursday with our student ID!

My go-to cooked meals include sometimes lightly sautéing my veggies on the lowest setting possible in garlic and olive oil if I’m craving a cooked-food taste or I’ll eat Manna bread or Sunshine sprouted tortillas if I’m craving breads. 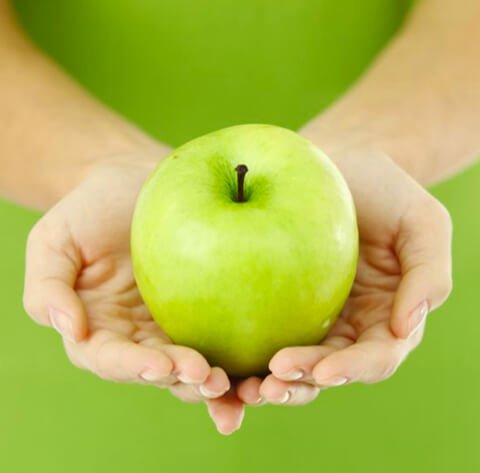 Eating cooked foods compared with raw foods—it must be said that raw foods equal living foods. Living foods best feed the living body. If you plant an apple in the ground, it will decompose in a way that fertilizes the ground and gives its tiny seeds a jumpstart in life in their destiny to becoming a tree. If you plant a burrito or some Top Ramen in the ground, it will decompose over a longer period of time, but it won’t return as many nutrients to the ground, and neither will it produce a burrito or Top Ramen tree (though that would be pretty sweet!). It’s the same with our bodies: We are less fertile to produce “seed” (healthy cells, tissue and other human beings) if we fill our bodies with food that does not feed. Living foods are needed to support the living body. Raw foods are so vital to the diet because they still have their enzymes and full vitamin content because they have not been killed off with processing or heat. It is our natural diet, and if you compare our teeth and intestinal tract to that of a carnivore, you will see that we have relatively flat teeth and a relatively long digestive system, both of which closely resemble that of an herbivore. That’s why we feel so invigorated when we choose to eat raw foods—because it’s our natural diet.

In the summer, I eat almost purely 80/10/10. Every summer for the past four years, I’ve been a lifeguard and swimming teacher. I used to lather myself with sunscreen because I burned easily but have since learned that eating a diet of fruit and dark leafy greens will keep your skin burn-free and vital, even for fair-skinned people like me! I now wear sunscreen only on my nose and cheeks or pure coconut oil (a natural SPF used by Pacific Islanders for centuries) because I no longer burn.

The key is eating anti-inflammatory foods! Greens are No. 1! Kale, collards, bok choi, spinach, algae, seaweeds, green powders in your morning smoothie, etc. are a staple for me in the summers! Next is coconut water, which is highly hydrating and has such a perfect electrolyte balance that it is actually chemically identical to the plasma in our blood. Finally, as many fruits as your body can take! I use them in smoothies or eat them in a fruit “salad” with chia seeds and coconut sprinkled on top—so delicious! In the summers, I eat a lot of pineapple, too—the core is the best part for you, and though it’s hard and many just throw it away, try munching on it or blending it in your morning smoothie! It’s highly anti-inflammatory, and I actually lightly burn if I don’t eat some every day!

In the winter, I eat most of the same foods I normally do in the summer, though not as many smoothies due to my craving for warmth (I live in the urban tundras of Utah). So I eat veggie soups, pastas (sometimes non-raw ones but often ones made of kelp noodles or zucchini or squash spaghetti) or variations of wild or forbidden rice with veggies (a mix of tamari and peas and carrots with garlic and onions, for example). I try to buy in season, but during the winter I tend to buy a lot of whatever is on sale at Sprouts or Good Earth!

My favorite fruits are persimmons! Although I truly love all fruits!

I’m promoting healthful diets because it’s my major (community health), because I have a greater variety of who I can affect during this stage in my life, because there is a huge need for it (especially in our country) and because it’s my passion. 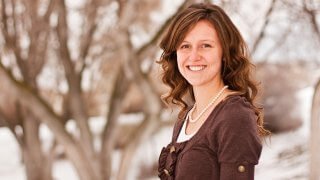 Discover Jessica’s Top 5 Tips for eating a raw food diet on a budget! 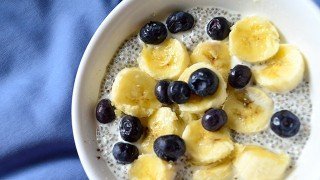