Arnold Kauffman: ‘This Has Given Me the Most Success Ever of Anything I’ve Done Before—and I Do It All.’

It was in the middle of summer when a friend remarked to me on a sun-splashed afternoon at Casa Kauffman:

Whatever you’re doing with Arnold and the Method, keep it up. His face—he looks decades younger! 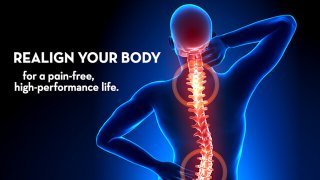 At the time, Arnold Kauffman, owner of the raw food café Arnold’s Way in Lansdale, Pennsylvania, was about six weeks into his practice of my Posture Exercises Method, whose stretches and gentle exercises are designed to correct posture by realigning the body’s load-bearing joints: shoulders, hips, knees and ankles. I could see lots of improvement in the raw food trailblazer’s body and overall energy, but this positive comment got me looking closer at his face, and I, too, could see a difference. His face was becoming tauter, thanks to facing a ceiling during mat work and the effects of gravity on a head that was coming back to its original design position, over the shoulders.

Arnold indeed has been rolling back the hands of Father Time, and I’m grateful to have given him this gift of guiding him in practicing the Method. I have watched him unwind postural deviations—much of it accumulated from almost 20 years of the very physically demanding job of working in a kitchen—day by day, week by week and month by month. He’s becoming a new man all over again, just as he did when he was 45, when he told his family he was going to fix himself and leave a hospital after suffering from heart issues twice in a month, and then again at 52, when he took his first steps in adopting a mostly low-fat raw food diet.

Most days at his café since he started the Method, Arnold, 69, hears from patrons who want to know what he’s been doing differently. They notice him standing straighter, with his shoulders and head rolled much back farther than they were before June 19, when he started his Method practice, and a boost in his height. They see him walking with a more natural gait. They simply want to know what it is and how they can do it, too!

One day last week, a woman exclaimed upon seeing Arnold for the first time in at least a year:

Oh, my God! I want some of what you’re doing!

Yes, the Method can produce these kind of comments. I reversed a decade of chronic pain—back and neck pain, carpal and cubital tunnel syndromes and all the joint dysfunction behind these symptoms—by practicing the Egoscue Method and am, at 39, in the best shape of my life and continuing to improve physically. The day I started, in April 2010, my shoulders rounded forward, with the right one down about 2 inches compared with the left. My hips rocked backward, knees turned inward and feet splayed outward.

I decided last November I wanted to learn the Method inside and out and guide others in this powerful healing modality. I enrolled in Egoscue University, earning a certification as a postural alignment specialist in July. Now, I’m helping Arnold and many more clients regain function while breaking down limitations in their lives. These are limitations that prevented them from getting through a day without pain, keeping up with their children and grandchildren or even driving easily.

I recall all too well what it was like to suffer from chronic pain and know limitations prevent folks from leading the lives they want to live. I also suffered from a rotation issue in which my right side swung forward of my left side, and I’ve seen this rotation in every single client with whom I’ve worked. Despite being active and playing organized baseball and flag football for several years, one 12-year-old boy suffers from such an extreme case that he cannot keep his body against a wall while performing a moderate-level exercise.

I say everyone—from teens seeking an athletic edge and experienced yogis to factory, office and store workers as well as sedentary grandparents—would benefit from practicing the Posture Exercises Method. There likely isn’t a person in the world with perfect postural alignment, but to be in pursuit of it and be in the neighborhood of achieving it is a beautiful thing.

Posture affects all the body’s systems, including the cardiovascular, digestive, immune, lymphatic, muscular, respiratory and skeletal systems. And the Method is the only physical therapy program that addresses the cause of pain and dysfunction while focusing on posture and treating the body as a unit.

Those who get ahead of the curve of pain and dysfunction stand to experience swifter benefits of practicing the Posture Exercises Method because they simply have more function in their bodies from the get-go. A loved one suffering from rheumatoid arthritis (a Method practice combined with a fruit-based diet is the best way to triumph over this) sat on his Method menu of exercises for a month, and now the pain has grown so severe that it’s challenging for him to get up from the floor after doing one of the least-demanding exercises. He’s losing function rapidly as his muscles shut down and his body compensates to move. Strides with the Method can still certainly be made, but waiting takes a toll and makes the climb uphill only steeper and longer.

Are you up for enjoying your life lived to the max in a fully functional body today and for the rest of your life? Get started with me today by video chat or in person in Greater Philadelphia on your journey to correct your posture, realign your joints and ramp up your overall health!

Explore session schedule availability and prices in the Fruit-Powered Store.