It was one of those days that was supposed to be so memorable, so unforgettable that I almost forgot it was to be such a day. The time was 8 p.m. on a Wednesday evening, December 31, to be exact. It was four hours before the new year. I was at a party that I was throwing. Everything was perfect, like a well-planned event that finally happened. 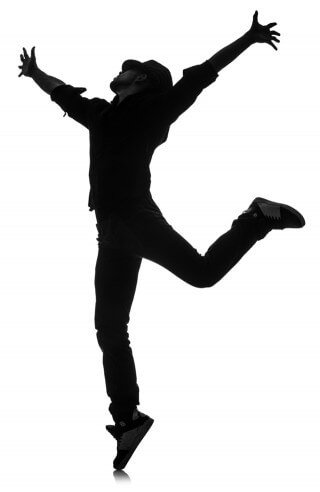 The food was exquisite. The music was blasting, and about 30 were in attendance. I was dancing at the time and was not going to stop until the midnight hour. The only thing was that this party was not supposed to happen. The food was supposed to be prepared by the top two chefs in the area. There was supposed to be a 10-course meal, including hors d’oeuvres, soups, entrées and desserts.

This party, as originally planned, did not happen but instead was moved to another location about an hour north. Instead of this 10-course meal, we enjoyed simple, freshly made food without a thought of extravagance but rather convenience and speed. The music was superbly pumped out by DJ Shamrock. Many in attendance had to decide with just three days’ notice which party to attend.

What happened over the next four hours could have such far-reaching dramatic effects that I shudder in foresight, thinking about all the implications, and gloat in hindsight, thinking about the impending accidental consequences that was by divine intervention of a higher power to make it all happen.

Sandra Woods and a friend arrived at our New Year’s Eve party. It was glaringly obvious from their first step into our shoot-from-the-hip, quickly put-together party that they were newbies in the world of Arnold’s Way. They did not travel a short distance. No, it was not a 30-minute drive. It was a well-thought-out-destination road trip. Sandra is a serious raw vegan who wants to eat good gourmet raw meals with like-minded people with whom she can converse.

Sandra planned everything for the trip: the time, the place, her companion. All went according to plan. What she didn’t realize was that the New Year’s party that was originally planned at our store was moved three days prior about an hour away. The $45 cover charge was reduced to a free cover charge if patrons brought a dish.

All that Sandra thought would be came to a grinding halt with her steps through the door. The food was served in buffet style in dishes barely called adequate. All in attendance were sitting in two groups with all chairs filled. All knew one another not only by name but by details from long ago that only friends would. I approached Sandra and her friend, welcoming them and asking their names and arranged chairs for them. I directed them to the food, which, when I glanced at it, was almost gone. The major dishes had been devoured, and all that remained were a few fruit dishes. Yet, Sandra seemed more than happy to be in our presence.

Sandra kicked off her shoes and began having a good time. I then got back to dancing, being totally absorbed by it. I was dancing by myself. I didn’t really care to chit chat at the time. I do that enough during the day, although Sandra and her friend seemed like nice people. I was into my “alone” time and just wanted to dance, even if by myself. It wasn’t until 11:30 p.m., three-and-a-half hours after they arrived, did I realize that they drove two-and-a-half hours from Baltimore, Maryland, to be with us.

At the very least, I should make some attempt for communication, I thought. The midnight hour was fast approaching, and a new year would soon be upon us. To my surprise, what happened in the next 20 minutes would be considered mind-blowing—even to the point of life-changing—not only for me but for Sandra as well. Sandra began explaining what she does for a living, what she wants to do and where she came from. What was the driving force for her to make her drive 120-plus miles?

It was during this short time frame that I became captivated by Sandra’s presence. She explained that she is a fitness trainer, life coach and proponent of a raw food lifestyle. Her dream is to teach people the raw food lifestyle as a viable option to heal oneself from any disease no matter how bad. As I recall her words, Sandra worked with a woman who was diagnosed with ovarian cancer who did not want to go the traditional medical route, meaning surgery, chemotherapy and radiation. It was one of those life-threatening decisions where one has to be of clear choice and not turn back. Sandra coached this woman, Joan, to the least-invasive and best option for success with the least amount of time required for healing.

Sandra began transforming this woman, who was diagnosed with uterine cancer. Joan, 61, experienced major symptoms and was in serious condition. She suffered from bleeding, pain and went to her doctor, who did the tests and knowing everything he knew in medical terms. The only hope he gave Joan was for her to have surgery and a hysterectomy. Joan did not like those choices and did not know what to do. But she knew she had to do something.

Joan knew of Sandra from church and asked for her assistance. Sandra shared her wisdom with her. Sandra has helped people with all kinds of illnesses over the years. She immediately put Joan on a seven-day juice feast in which Joan was to have 16 ounces of juice every two hours. Joan was now also off all meat, chicken, fish, diary, eggs and processed foods. Realizing what you eat is important and what you don’t eat is equally as important.

The next major thing on the to-do list for Joan was to rebound five minutes in the morning and five minutes in the evening, working her way up to 30 minutes. Joan also had to apply a castor oil pack on her pelvic area in the morning for 45 minutes. What Joan saw is that in the beginning, the area where the castor oil pack was applied turned black, and within a short period of time, the blackness disappeared. In the evening, Joan applied a green clay pack for a few weeks. She added raw food to her diet in the second week.

As time went by, the bleeding stopped, the pain went away and the kinesiologist’s report, which went from a 100 percent cancer diagnosis down to zero percent after just four weeks. Joan was free of cancer. I was intrigued by this story. Unfortunately, it was one of those conversations that couldn’t last, for the hour struck 12. Everyone left their comfortable spots and gathered into a circle to celebrate the new year.

It was not long after shooting a video with Sandra that it was time to say goodbye. The party was coming to an end. Days later, I was given a deadline to write an article. It wasn’t until seven days later that my opinion of who Sandra is and what she does and wants to do skyrocketed. On Saturday, January 3, I received a call from Sandra. She read about my success stories, watched two of my documentaries and, for whatever reason, realized she wants to do a 30-Day Raw Challenge in Baltimore. Sandra wants to do more to be of service to people who are sick and those who want to stay healthy.

Sandra learned a long time about about living and dying and cancer and drugs. And about changing to a healthier lifestyle. When she was 17 years old, her father was diagnosed with pancreatic cancer. Sandra, who, at the time was a meat eater, changed her ways. She was watching her father die and did not know what to do. She did not want to die of cancer. She promised herself not to ever get cancer and to be of service to anyone who did. This was her journey over the years, going from vegetarian to vegan to raw vegan.

It was under these circumstances that Sandra came to me by design accident the first time and, the second time, by design planning.

This article is dedicated to Sandra Woods.