I created a 30-Day Raw Challenge in December 2012 to help people transition to a raw vegan lifestyle. Its success—spotlighted in my first documentary, 30 Days Raw—led to my offering a similar program every month. It’s a program for which I charge a nominal fee, and participants get one 16-ounce green smoothie plus any meal on my menu every day for 30 days—a $450-plus value. Anyone can partake.

There’s only two catches: No. 1, you have to become a vegan, meaning no meat, no chicken, no fish, no dairy and no eggs can be eaten for that month. This is because, in order to get the best results, the highest and optimum health benefit, the body must spend as little energy on digestion as possible. In other words, the body will begin to rejuvenate itself given the proper conditions for health.

Believe it or not, of the 100 people who have been through this program, there has not been one complaint—not even a little squeal. The other amazing factor is that everything is based on the honor system. The second rule I require is that, of the 30 meals I provide to each person during a month, at least three of those meals has to be eaten at the café.

In August, about 10 people are participating in this program. I have had so many success stories, including David Carron’s ability to improve symptoms of Lyme disease on a raw food diet. My cost has been very steep: 100 people x 30 days x $15 per day per person.  On a good day, I sell about 30 meals. There have been days when the majority of the meals served were to people in the program. Also, at times, I waived some people’s fee on the condition I could film them to be part of my documentary.

I was that sure of myself and the program that I was willing to bet all proceeds of my store to see whether it would work. It also meant that, at the very beginning, when I had no idea whether the program would work and had 30 people signed up on the first day, I had made provisions with my bank that if need be, I may have needed a line of credit to cover the food cost.

That was my thought back then, when I was entering waters where no man stood before me. Not that I was fearless—rather fearful. I knew in my heart and soul that I had to set up this program to help others help themselves in a nonconfrontational, loving, caring, supportive environment. This would support all participants to help them become grateful and humble, appreciative of their bodies and how magnificent they are and can be and, most importantly, will be given the proper conditions for healing.

Faith and Donna (substitute names used to protect identities) are almost finished their 30-Day Raw Challenge and are resoundingly ecstatic with the results. They came into the program with diabetes and on several medications. One of these women’s major goals was to lose a lot of weight. Each were a little skeptical—a little in fear—but mostly excited to be part of this program. I guess the clincher for them was meeting so many people who participated in the program who had success and gave them support for their onward success to become a raw vegan. In Donna’s words today: “I’m never going back.”

As Faith and Donna left the café this August day, Andre came in. Andre is on my 30-Day Green Smoothie Challenge. Every day for 30 days, he gets two 24-ounce green smoothies. Andre has sickle cell anemia, a disease that affects African Americans with deadly results and has no known cure.

This disease is a black shadow that stands over Andre’s shoulder every moment and with his every breath and thought. As much as he was afraid, he was even more excited. Today was Andre’s 31st day. He came in for his two smoothies, paid for them and told me that he will soon have his blood work done to see if there is an improvement. 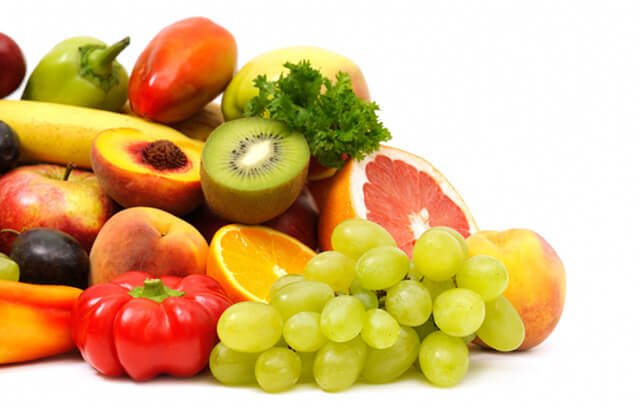 Andre was still lingering around when Dan and Chuck came in. They were once strangers, but seeing each other, they shared a common thread. Both started my 30-Day Raw Challenge in August. Both were on some level where they had serious health issues and given no other option but the raw way. Chuck is a big guy who I have known for years. He went through a rigamarole in life—drugs, alcohol. For whatever reason, he hit bottom and began hanging out at my store. Well, not really. We met at a bonfire, and as I was leaving, he recognized me and said, “Thank you for all that you do.” I felt his honesty, remorse and willingness to begin life anew. I told him to stop by the store for a free meal and green smoothie. This was about three weeks ago. Now, 12 pounds lighter, his aches and pains—cramping in his legs—stopped. He became a new man. I welcomed him to the 30-Day Raw Challenge for free.

Dan is a different breed. Dan went the medical route for his colitis and Crohn’s disease, which, even today, with all the medical wisdom, there is no known cause. On the other side, there is no known cure other than to treat colitis with medication and, eventually, with surgery. And then more medication and surgery. Dan went through the first phase of medication and surgery and was due for the second round of surgery. It was at this point about two weeks ago that Dan entered my store. I want to note that I am not a medical healer, just an average guy with a big heart who has lots of experience with almost any type of disease.

Dan had some clear choices he had to make with no shades of gray. No. 1: He had to become a vegan if there is to be any hope, and in his case, he had to become a fruitarian and eat lots of leafy greens. In my opinion, if he not only wanted to avoid an additional surgery and wanted his body to return to a healthier life, I recommend this lifestyle. In almost all cases—I cannot make promises, though—if you do this, your medical issues would simply disappear. What I propose is that only the body heals, given the proper conditions, one of which is food. All factors of optimum health have to work in unison. Then and only then does the body have enough energy to heal itself, and healing would begin at its own pace. 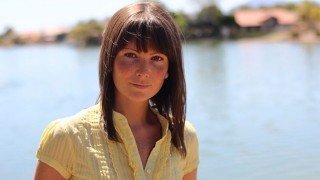 Rich has come in daily since August 1. Rich feels slightly guilty about the program, saying, “This is too good to be true!” But as much as he feels guilty accepting his meal and green smoothie at a fraction of the cost, his presence makes me look good. Rich is now a full-fledged vegan. He has seen the results not once but hundreds of times over the years. He has seen it over and over, beginning with our very first conversation several years ago, when he came to me, sharing his thoughts and fears and agony about his daughter, Megan Elizabeth, who was in and out of hospitals for the previous year, suffering from adrenal fatigue, leaky gut syndrome and a host of other health issues that were medically incurable. Some health issues can be handled within a month.

During all these years, Rich has been coming in, watching, observing, listening to all these stories. He’s even taken classes, wanting to know everything. He knew that when he heard of my 30-Day Raw Challenge, it was almost too good to be true. Thirty days’ worth of food, valued at between $450 plus tax. He signed up immediately and gave me the $99, beginning a few days later.