Late last summer, my health took a bit of a tumble connected to my heavy use of an Earthing Universal Mat with Cover Kit and Small Orange Body Band Kit over July and August. When I went down for the count, resting in bed, I missed several meals and lost some weight.

In my experience, putting back on pounds on a low-fat raw food diet—rich in fruits, greens and a healthful amount of fat—isn’t as easy to do as being on a standard American diet. I experimented this time by keeping my dinner—and amount of fat I include in homemade dressings—the same size as before I lost weight. This meant that I consumed fewer fruit calories and that my fat percentage ran as high as 20 percent compared with my usual 10 to 12 percent when I eat salads with fat. (I usually skip salads in favor of fruit or fruit and greens a couple of nights a week, lowering my overall fat intake.) I notice that when my fat percentage runs higher than about 15 percent, I generally feel a satiation that doesn’t make me feel like putting down more bananas over the course of a day. Which means I wasn’t getting anywhere.

I then decided to again follow the advice my friend, Korey Constable, a regular Fruit-Powered Magazine guest writer, gave me when I returned from Thailand in December 2013, down to perhaps my lowest adult weight after heavy travel, sickness from a water-borne parasite infection and eating just about 1,200 calories a day during a 10-day Vipassana Meditation retreat: step up my workouts so I can eat more bananas and pack on the pounds.

I did just this, taking my workouts up a notch in intensity overall with a focus on three incredible bodyweight exercises: chin-ups and pull-ups plus push-ups, to which I devoted more time than ever before. I went from doing 60 to 80 to 100 push-ups practically daily fairly quickly and have my sights set on doing 150 soon. Additionally, I decided that I had better reduce the fat I put into my dressings to give me an increased carbohydrate edge to power me through my 90-minute workout, rooted largely in the Egoscue Method‘s stretches and gentle exercises. I’m also eating fruit for dinner about four nights a week now instead of my usual two nights.

Finally, I went back to basics and began weighing my food on a regular basis for the first time since I basically put away my scale in April 2013 other than to weigh the fat I add in salads after having used it regularly for 18 months. (What can I say—I was and still am a real nutrition geek, fascinated in my nutrient percentages and which foods drive which vitamin and mineral meters, for example, more than most.) I find weighing food and seeing the results on Cronometer.com provide such a clear analysis of where we are with our diets that I cannot recommend this practice enough every day for transitioning raw fooders and at least regularly for seasoned raw fooders.

Weighing my food reminded me of an important lesson I’ve long wanted to write about in the Magazine. That is, seeing the numbers on a scale give a precise measurement of our food intake whereas estimates can be so off-base we’re completely out of the ballpark in determining our consumption. Indeed, throughout most of 2012, I thought I consumed a whopping 5,000 calories a day because I punched in medium-size bananas into Cronometer when, in fact, I later learned I ate 4,000 calories daily once I put the peeled bananas on my scale one day. For whatever reason, the bananas I was popping into my Vitamix blender were smaller than the average size, and I tested this over several boxes. Cronometer, utilizing U.S. Department of Agriculture data, lists five sizes. I have heard other raw fooders admit to similar calorie gaffes, and this goes to show estimates sometimes distort our views. 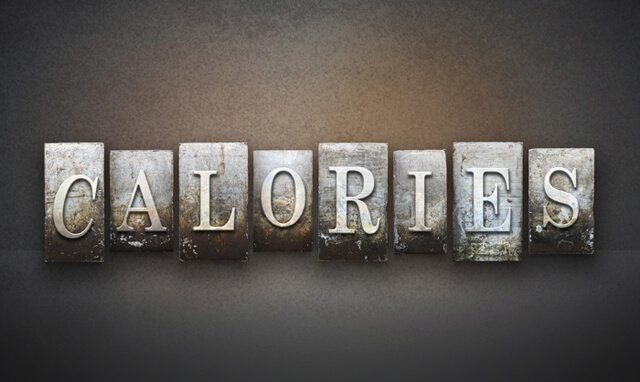 In my article “Count Calories to Power Through Each Day,” I discuss much more about the importance of counting calories and how vital this practice is in succeeding on a raw food diet so we know we have enough fuel in our tanks and so we can learn how much it takes of each food to top off our tanks.

All of us have instinctively counted calories our entire lives, from knowing how many slices of pizza it took to fill up to how many cups of bean chili would satiate us. To this point, with a lifestyle built on fruits and greens, the calorie count for foods is much lesser compared with cooked foods despite much greater volumes.

—From “Count Calories to Power Through Each Day”

In circling back to the present day, my latest experiment with more exercise and more fruit has translated into an increasing amount of calories and gradual weight gain, I’m happy to say. I’m about three bananas—no, no, no, make that 400 grams of bananas—shy of my previous regular intake.

If you’re someone striving to release weight, having a crystal-clear picture of your food intake that only weighing food casts for you can also certainly help you achieve your weight goals.