‘My Energy Day to Day Is Great, and I Can Focus on Tasks and Can Continually Work Out.’

In 2007, Swayze Foster was a 19-year-old University of Memphis student suffering from anemia, restless-leg syndrome, joint pain and headaches and struggled to lose “those last 10 pounds,” as she refers to them on her website, FitOnRaw.com. By 3 p.m. some days, Swayze said she would “almost fall asleep at the wheel” while driving to homes as part of her pet-sitting business and resorted to asking others to be in the car with her for safety reasons.

A vegan at the time, Swayze, 24, learned about a raw food diet online, thanks to a post on VeganBodybuilding.com, after switching her pets’ meals to a raw meat-based diet. She tried gourmet recipes, loaded with nuts, seeds and oil. She calculated her fat intake and was astonished to find it was about 40 percent of her caloric total.

“I just knew that was not healthy, and it didn’t feel right, so I wrote the raw diet off and then, luckily, I found the better way to do raw,” she said.

The “better way” was shown by longtime raw fooder Frederic Patenaude in his book The Raw Secrets. Swayze adopted a low-fat, fruit-based raw food diet and, following a detoxification period that saw her overcome fatigue, runny nose and headache, she began to thrive.

“After a few weeks, I didn’t need a nap in the afternoon anymore,” Swayze said. “I had so much more energy. I got back to working out on a regular basis because I had the energy to do it. My restless leg syndrome was gone in just a couple of days and has not returned at all. … I don’t get headaches anymore like I used to. That was just kind of a normal thing for me.” 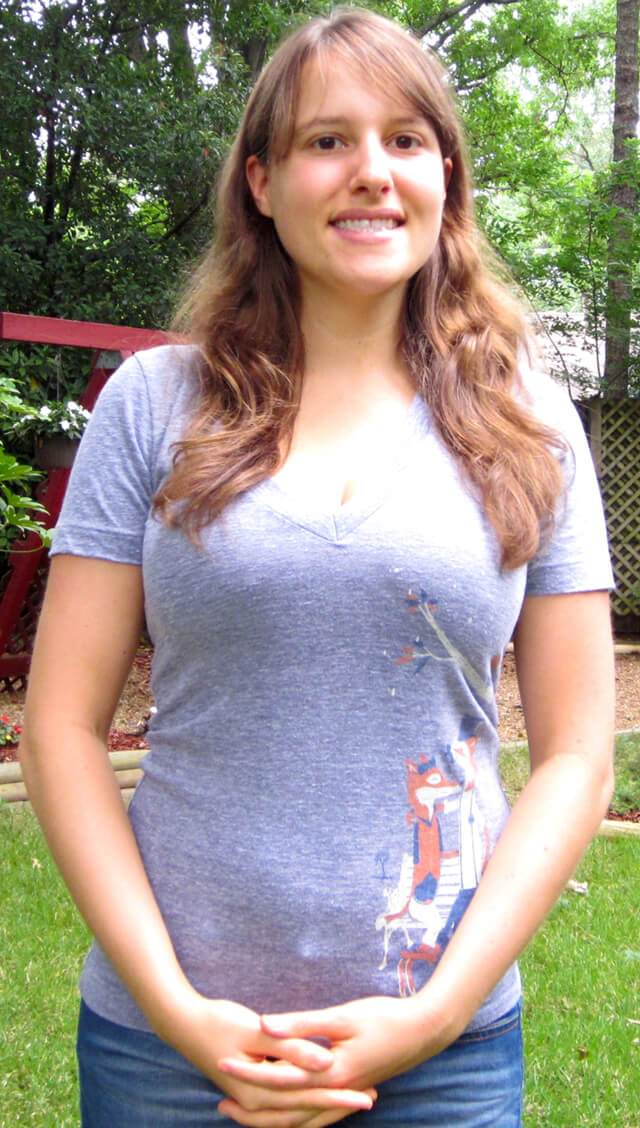 More than six years into her raw life, Swayze said she continues to thrive and counts bottomless energy, ease of digestion and freedom from focusing on calories among her favorite benefits of the diet.

“Over the years, everything’s just stayed great, and I’ve stayed healthy and I feel good,” she said. “My energy day to day is great, and I can focus on tasks and can continually work out on a regular basis. … I think the best thing is just that I don’t have to worry about restricting calories and focus on counting exactly how much food I eat so that I don’t gain a pound.

“It’s just really become something that I do,” Swayze said. “It’s just the way I eat, just like anyone else would eat burgers and french fries from a local McDonald’s. I eat fruits and vegetables.” 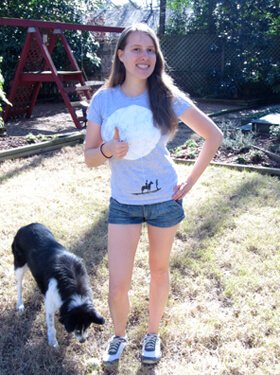 Whereas some exercise on days they feel compelled, Swayze said she operates best by sticking to an exercise routine in which she lifts weights and works out to step-aerobics DVDs. She also engages in high-intensity interval training in which, for example, she’ll sprint with maximum effort for 15 to 20 seconds, rest for 10 to 90 seconds and then cycle through the exercise again over 15 to 30 minutes.

Swayze’s favorite fruit is mangos, and she consumes them in great quantities during the spring and summer in her Greater Memphis home. In the colder months, Swayze eats lots of bananas. Her favorite recipe, though, changes regularly.

“My favorite recipe is usually whatever I’m eating at the moment,” she said. “Lately, I’ve been eating a lot of banana-strawberry-and-spinach smoothie, and I really like that, so right now I’d probably say that’s my favorite.”

Swayze launched FitOnRaw.com in 2009 as a resource for those exploring and transitioning to a low-fat raw food diet as well as longtime raw fooders. She started with a written blog but shifted her focus to posting videos, about three a week. Swayze has recently explored such topics as comparing the nutritional content of organic and conventional produce and whether Vitamin B12 supplements cause acne. She has produced more than 150 videos as of late February 2013. 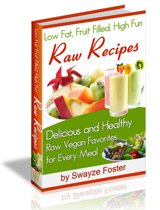 “If you read most raw food books out there, they’re just really based on pseudoscience, they’re based on ideas that are not valid or have never been proven,” she said. “I thought it was really important to do this book and really have something that people can point to. When I make a claim, there’s actually a reference for that claim in the book.”

Swayze said she encourages her Rawkin’ Raw Club members as well as anyone else exploring raw food diets to transition over time. It’s the rare person who can learn how to succeed on a low-fat, fruit-based diet and then thrive without facing challenges great enough to stumble, she said.

“So many people want to do it all at once,” she said. “They want to go 100 percent raw right now—I know that’s what I did. It really led me to struggle for a long time because it was such a huge change. Even though I was coming from a vegan diet, it was still really hard for me to make that change.”

Although she no longer counts calories, Swayze said she struggled with doing so in her raw food transition as well as learning fruits’ ripening times. She recommends transitioning raw fooders input their caloric and nutrient intake using a resource such as Cronometer.com to determine whether their needs are being met. A raw transition that is completed with success can save people from years-long struggles, she said. 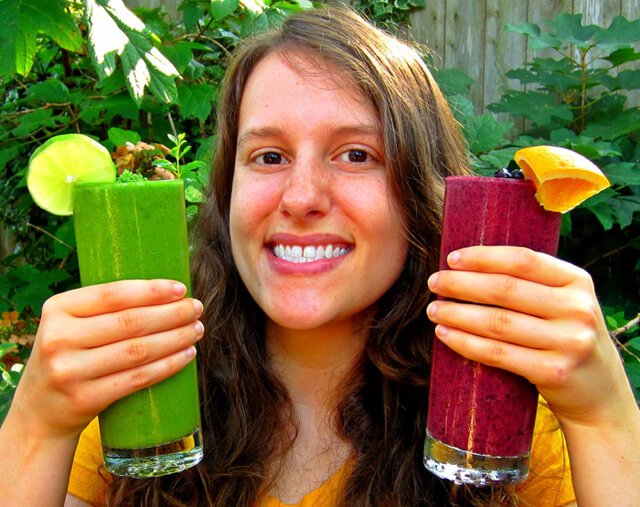 “I really try to make it clear that, from my perspective, it’s better to transition for virtually everyone,” Swayze said. “I know very few people who really learned about it, did it right from day one and never looked back. Most of us can end up struggling for a long time. I get emails all the time from people who learned about raw 10, 15, 20 years ago and still continually struggle and end up yo-yo dieting, which is not only physically unhealthy but really mentally damaging.”

Swayze consumes about 1 pound of greens a day and said she feels more satisfied when her greens consumption is adequate compared with when she consumed too few of the mineral-rich leafy vegetables. In her early months on a raw diet, Swayze didn’t eat enough greens until she learned to make satisfying, healthful salad dressings.

“For a lot of people, besides the calorie issue, usually the other problem is just not getting in enough greens and not meeting their nutritional needs,” she said. 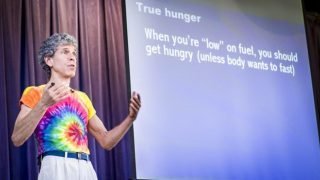 Swayze, who gets a blood test yearly, changed her tune on supplementation from not supplementing at all to taking Vitamins B12 and D as well as a multivitamin twice a week after reading an article by Don Bennett on “melon belly.” The article resonated with her because she had difficulty eating apples, grapes and watermelon and turned her on to the realization she was deficient in chromium. Swayze learned soils can be depleted in some nutrients, chromium among them.

“That really opened my eyes to, ‘Wow, maybe eating fresh fruits and vegetables and exercising and doing all these different things, maybe it’s not enough,'” she said. 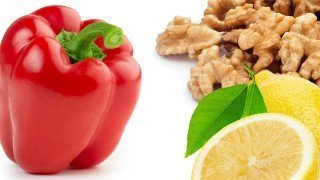