It was one of those wintry mornings where victory was in my grasp and what was supposed to be the end of a three-month training ordeal. But the reality of what should have been was, in reality, just the beginning of shooting for a physical goal that, at that point in life, seemed nearly impossible.

This is how it all began. On the 5th of December, after training for three months to run a 5K, I not only succeeded but ran an extra mile. I am not a runner, nor did I have any inclination to continue—or so I thought. My three-month training program was also done.

One of my customers, Edgar Palacios, just completed an Ironman competition and was looking for ways to earn extra money. He decided to do a 5K training program. Edgar, who had been under my tutelage to open up his own raw vegan café, was trying to find his niche in life. I had already found my niche, but working with Edgar, I, too, wanted to experience the passion of running the joy of establishing a goal and work diligently week in and week out. It would take only up to one hour a day three days a week.

“How bad can that be?” I thought to myself. The hours were set up early in the morning, and I would have four women as running buddies. To me, it was a no-brainer. I was in my element. None of us were really runners, just five people taking an easy class together.

We ran for three months together. It was fun. We began at 20 minutes and then worked our way up to 40 minutes. Edgar trained us well each week. He upped our running so that by the end of three months, we were consistently running 5 kilometers. 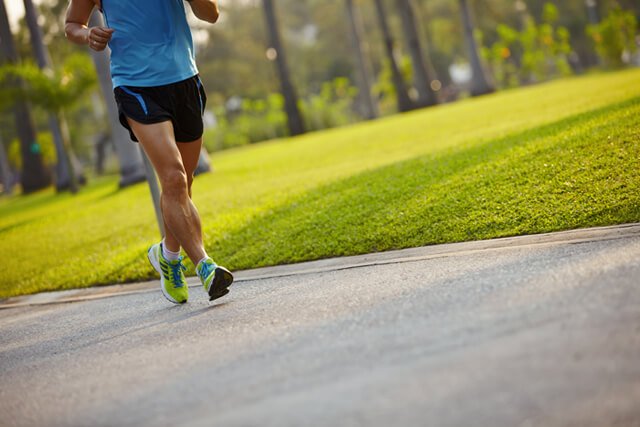 This was our moment on December 5. We did it! We had set a goal, although minor on the face of it was actually a major deal for each of us. I had last run consistently more than 40 years ago. Here, 40 years later, I reconnected with my running self.

It was on this high day of joy, of triumph that Egar hinted and later willingly pushed about the next major run, on March 31. Although, this time, the scheduled run would not be 5K but 13.1 miles—a half-marathon. It would not be a 40-minute run but a run of more than two hours. Our training would be four days a week instead of three. Our scheduled run would range from 1 hour and 15 minutes to 2 hours.

What I heard set me back somewhat emotionally and psychologically. My life and the way I live is it around long-term goals. Each goal is not something I randomly select and then forget about the next day. It’s a commitment that I take very seriously. It’s my word—and I’ll do whatever it takes to honor it.

It is with all these thoughts running through my head that I had to make some type of commitment to my other running buddies. This is, I say, one of the hardest commitments I’ve ever made since I hadn’t run such long distances in more than 40 years—and that was 6 miles. After weighing all the options, I decided, “Yes, I’m going for it!” 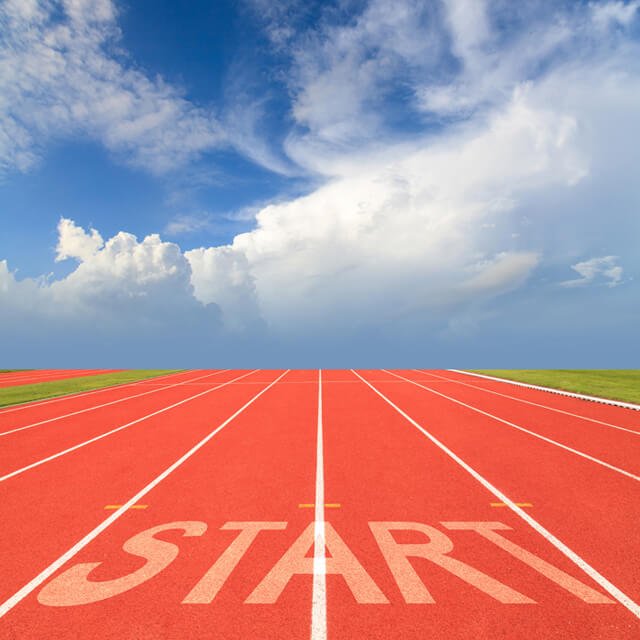 The very next day I was joyously excited for my new goal, excited for adding a half-marathon to my résumé list! The joy of running for pure joy!

At no point in my 66 years of living did I even think—not even in my deepest imagination—that I would ever run again. The reality was and now is that this is a great distance, calling for a monumental physical feat. These were my thoughts at the beginning of this year. I was in full-scale goal-oriented mode. I chose four days of running, with Tuesdays and Thursdays being my warmup days at 6.6 miles and Saturdays and Sundays being my long run till I got up to the full half-marathon distance.

On top of these stepping stones to create my goal as doable, I took the giant leap forward—a must-do for the healthy lifestyle I preach. That was in my daily thought process for at least two years, but I never ever was able to sustain it for more than a week. That was then. This is now. 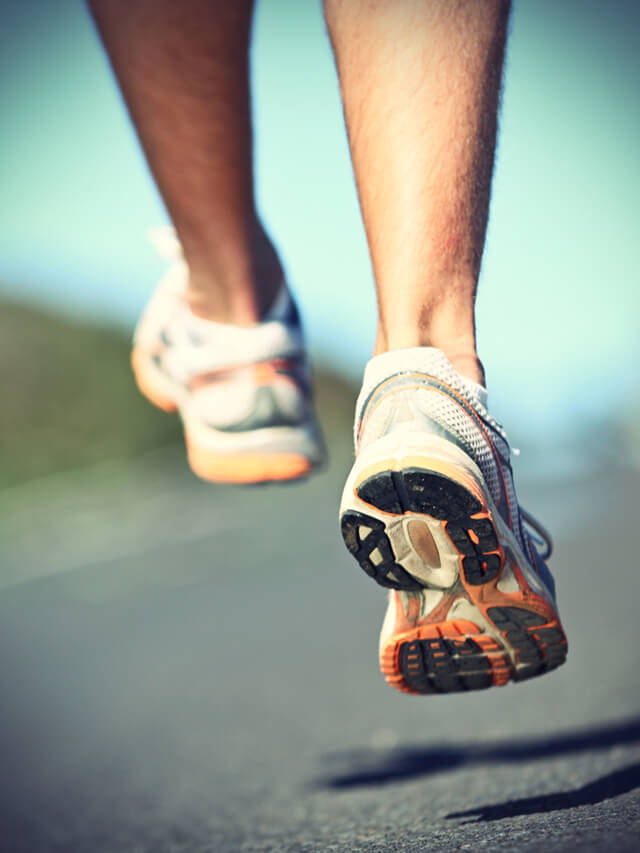 After January 1, in honor of the 13.1-mile goal, in honor of my keeping my word no matter what, I chose to seriously dry fast every day for a targeted 16 hours daily. In my belief system, if my body did not use any energy for that period of time, it would then begin regenerating my body. Which, in turn, would help me become a better endurance runner. A dry fast is simply a fast in which no food or water of any kind is ingested for a minimum of 15 hours and, if possible, for a maximum of 22 hours.

These were my guidelines for creating my goal. I began running the first Tuesday in January. As I was mentally prepared for the next three months to such an extent that if, by chance, there were some snags along the way, I would seek an alternative way of accomplishing my goal.

The very first day, I had my first snag. “Oh, my God,” I thought—no one other than me showed up. What I thought was going to be a snag was actually a plus. It gave me the opportunity to run by myself, keeping company with just me. I ran 4.6 miles, right on target.

I, Arnold, who had never been a big fan of running, loved it. Seeing the trees, the warmth of cold air as it blew across my presence for every second that I ran inspired me.

During the run, I became enamored by what I was learning. “How is this to my benefit and what can I learn from this experience?” It was a beautiful thing, a metaphor of how I live life, how I run my business. How looking at the obstacles in life as my opportunity to gain in both inner strength and learn from them as a life lesson. So began my Day 1 lesson. 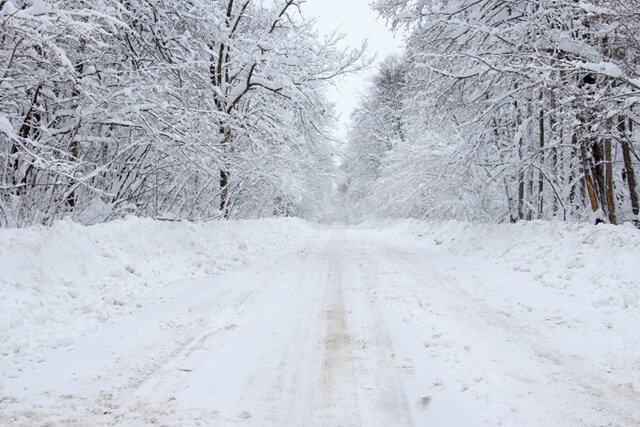 A few weeks into my consistent running, I ran into a big hurdle like a white knight who did not know how to stop. Over and over, he was coming at me, and I had no place to hide except indoors. As I write, it still stands in the streets, in the sidewalks. In the very breath of our lips as we breathe out for air. In the winter chill of life. In the snowy snow. In the arctic air. I’m talking about below-freezing temperatures on the streets of my hometown.

My running, you would think, came to a complete stop. But I was caught up in keeping my word. But the white knight was caught in keeping week after week—snowstorms were coming. At last count, it was getting close to 10 since early December, with another one called a Nor’easter coming tomorrow. All this snow and keeping my word. What should a man do if it was no longer feasible or practical to run outdoors? So as of this date, I have been running indoors on my rebounder. Not quite a treadmill, but neither was it just a hard bounce on the floor. In my case, it was just the cold hard facts—that I was obligated to succeed at the very best and at the very least do the best I can.

And so it goes in my goal orientation of making life into an exciting adventure of moments where each moment has its own reward.