Lansdale, Pennsylvania, where I am living, might be home to The Raw Food Capital of the World in the raw food café Arnold’s Way, but it also has some of the worst water in the United States. I recall hearing on local TV news in the early 1990s that Lansdale had the sixth-worst water in the country. An Internet search shows that Lansdale scores just a 2 out of 100 in water, with 100 being the best and 55 being the national average, according to Sperling’s Best Places. Lansdale is a nice town, but it’s also a Superfund site.

The home in which I am living requires a better filter and/or water softener to prevent excess chemicals and minerals in even filtered water from leaving a white film on items such as the Nalgene bottles and mason jars I wash. This purchasing decision is out of my hands, so I decided to buy a stainless-steel Megahome Countertop Water Distiller a few weeks ago. This inexpensive distiller boils water in a chamber. The water condenses and is then treated in a charcoal filter. The water finally drips into a glass jar, leaving me with near-pristine, clean-tasting water.

Distillation is the most effective of all methods of water purification,” according to author, Vibrance magazine publisher and executive editor, and Fruit-Powered Magazine guest contributor Dr. David Klein, who promotes Durastill distillers. “Distillation will kill and remove bacteria, viruses and cysts, and remove heavy metals, radionuclides, organics, inorganics and particulates. The carbon post-filter improves removal of any difficult remaining taste and other constituents.”

For the previous several months, since I moved into this home, I faced regular breakouts, and I couldn’t put my finger on the cause but ultimately suspected it to be the foul water. My face has largely cleared up—although tomatoes and bell peppers, I suspect, still cause mild breakouts—and gotten softer and smoother. It has even begun to “glow,” two women told me last week.

This distilled water is so pure that I’m making efforts to make use of this water as much as possible—even when it comes to brushing my teeth and showering. After just days of drinking distilled water and having only minimal contact with tap water, I felt rejuvenated and sharper mentally. After all, I wasn’t ingesting water loaded with a galaxy of multicolored pharmaceutical drugs as well as chlorine, fluoride and other nasty chemicals. After 10 days, I showered using filtered water and felt befuddled—positively drugged!—from the experience. My energy and focus went down the drain, and I gave a recipe class in support of my Mouthwatering Recipe Book Series without the spark I’m used to having.

I resolved on my way home from this recipe class to bathe using distilled water. “How much water would I need?” I wondered. I’ve found I’m able to spritz a mere 6 ounces—yes, 6 ounces!—of water on my body and hair using a spray bottle to wash effectively. For the past 18 months, I’ve showered just two or three times a week after having found a low-fat raw food diet leaves my body much cleaner compared with subsisting on the standard American diet. But now I’ve found a way to bathe in just two minutes and using less than a cup of water—and not feel drained from the experience or left with dry skin! I feel absolutely refreshed, just as I’ve always wanted to feel after bathing! This finding has been revelatory, and I feel emboldened to find other creative ways to minimize my water usage. In fact, I aim to get by as much as possible each day using just a gallon—almost half of which I drink—outside toilet flushing and washing of clothes and, perhaps, some other items. 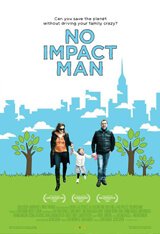 This renaissance awakens feelings and thoughts that percolated while watching the film No Impact Man three-and-a-half years ago. Since watching, I took to finding ways of minimizing my environmental impact. I’ve washed and dried clothes using minimal amounts of water and electricity via a drying rack. I’ve learned a better way of washing my smoothie bottles (wash with 4 ounces of water, cap and shake vigorously before a final quick rinse) and salad bowls (wash with 4 ounces of water while using a bristled brush before a final quick rinse). I’ve used a bidet and dozens of toilet paper rolls instead of hundreds upon hundreds of toilet paper rolls. In time, I can extend my environment-friendly mission by using a composting toilet in the tiny house I plan to build. I want to build a bicycle-powered washing machine and invest in solar panels. I also lead a raw food diet, a lifestyle that benefits the environment in profound and massive ways by minimizing pollution and land use, not to mention sparing sentient creatures their lives.

I encourage you to explore whether your water is suitable and to minimize your consumption of water, a precious natural resource. In America, we take our access to water for granted and rarely consider the 1 billion people in developing nations who don’t have access to safe drinking water, according to TheWaterProject.org. Standard showerheads use 2.5 gallons of water per minute. The average family uses an astounding 40 gallons of water showering every day, representing 17 percent of residential indoor water use, according to the Environmental Protection Agency. Ask yourself whether you need even 2.5 gallons to bathe, and keep in mind how many minutes you shower daily so you can do the math on how much water you command just to bathe.

Just like eating the standard American diet isn’t optimal for our bodies and the environment, so, too, is the idea of taking a five- to 10-minute shower in polluted water. We and the whole world stand to benefit from smarter choices. 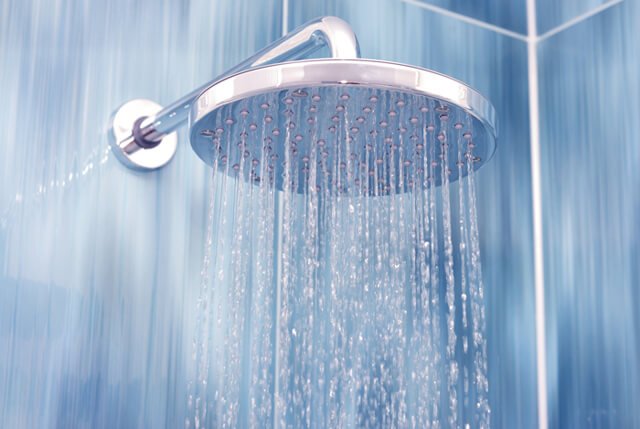