When he was 14, Dr. David Klein decided he wanted to “save the world” by cleaning up the environment after being “appalled” by water pollution in his native state of New Jersey. He spent eight years studying in college and working as a civil engineer, but his health was crumbling as he struggled with ulcerative colitis.

Once Dave learned about Natural Hygiene and healed himself in the early 1980s, this “nature lover” set out to save the world in another way: by promoting a raw food diet and counseling folks on how to heal inflammatory bowel disease and eat a diet comprising mostly fruits and vegetables. All this meant adding new tools to his toolbox, and key ones have been writing and graphic design.

Dave launched Living Nutrition as a print magazine in 1996 and, in the fallout of the 2008 economic collapse, rebranded this publication as Vibrance and turned it into an e-magazine. The collapse meant Dave was forced to design pages for the first time. He was able to save and reformat his publication rather than follow with the dozens of newspapers and magazines that folded at the end of that decade.

“I studied the elements of graphic design for a year,” he said, finding lessons in Design Elements and Graphic Designer’s Essential Reference by Timothy Samara and The Non-Designers Design Book by Robin Williams. “I bought books and magazines and paid attention like never before to the elements of designing magazine articles, headings, page layouts and advertisements.”

Dave designs all the hundred-plus pages (the last issue was the biggest yet, topping out at 157 pages!) in each of the magazine’s issues using the Adobe product InDesign. He’s taught himself how to manipulate typography and images to produce striking layouts that bring life to the messages and stories within. Vibrance has inspired this very e-magazine, Fruit-Powered Magazine. 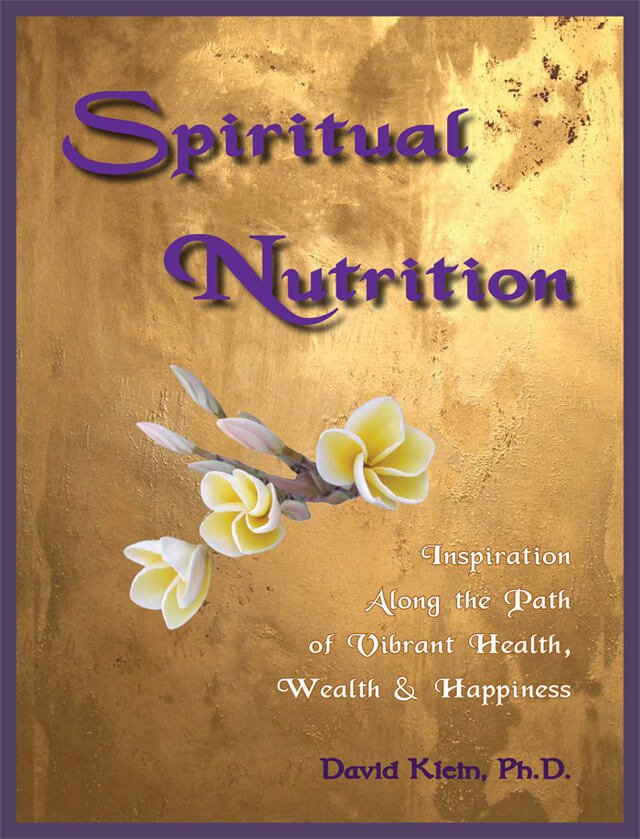 Compelling images paired with inspiring words make up the theme in Dave’s Spiritual Nutrition e-book, “a virtual Zen art gallery for the mind, body and soul,” Dave writes on the sales page for this 189-page book on one of his websites.

Graphic design is becoming all the more important in a digital age, propelled by omnipresent dynamic images as well as videos in the social media landscape.

“Social media has blown into everyone’s life like a full-force hurricane and is changing our communication abilities like never before in history,” he said. “It’s really the most powerful, dynamic and rapidly evolving force in human history for spreading information. Of course, it can be a platform for any branch of information, and for us in natural health such as raw fooders, it’s the greatest thing since the juicer was invented.”

With social media and the Internet in general comes vastly greater reach compared with ways of doing business just 10 to 20 years ago.

“It used to be that I could reach 1,000 people over weeks with word of a new book,” Dave said. “Now, I can reach 20,000 people in one day. These are exciting times, and we can do almost anything we want and bring people to our products and services in incredibly effective ways.”

Social media platforms such as Facebook.com have created opportunities, and Dave’s bulked up his skill set over the years, but an important ingredient for the recipe of success is savvy marketing, he said. Because the “rules of the game” continually change, Dave said he stays abreast of the latest tips and tricks by poring over media and marketing newsletters, including one offered by BoSacks.com.

“The world is ‘getting smaller’ by the second,” Dave said. “Online social media are bombarding our brains with tons of information, and hopefully we can wisely use the best of it to help humanity get out of this quagmire we’re in that has resulted from humans’ unnatural habits.”