Don Weaver: “When I’m Swimming or Cycling or Playing Basketball, I Often Forget I’m No Longer in My 20s”

Don Weaver has been wholly raw vegan longer than many in this health movement have been alive! Don, 58, of the ultra-progressive Bay Area city Berkeley, California, was light years ahead of his time when he went raw as a 21-year-old University of California basketball player in April 1977, a month before the first Star Wars film sent moviegoers into hyperspace.

Don was inspired to study nutrition and health to enhance his performance on the court for the Golden Bears. What he picked up was enough to transform his lifestyle and worldview and “derail” his dream of going pro. Since then, he’s been living a new, evolving dream, following his heart.

Don got started by reading who he describes as a “relatively radical” health author Arnold Ehret and going on short fasts followed by a raw food diet rich in fruits and vegetables. These experiments buoyed Don’s full-on transition from unconscious omnivore to vegetarian, to vegan and then raw vegan over 18 months. He said 10- and 14-day water fasts after going raw vegan helped him “clear out the old gunk and attune his taste buds and body” to a 100 percent raw food diet.

“I found the whole process generally quite fun and enjoyable and, aside from well-meaning objections of parents and others, I didn’t find the challenges to be great,” he said. “Feeling clean and healthy inside and having great natural energy free of the animal-based industrial agriculture system made me feel very grateful for the choices and changes I made.”

Along his journey, Don benefited from the books and articles of Dr. Herbert Shelton and co-worker Virginia Vetrano. In time, he read Dr. T.C. Fry, who revealed the principles of Natural Hygiene, the art and science of “health by healthful living.” All these principles helped Don understand that many important “causes of health” exist and that it is wise to try to embrace them all into a balanced way of living.

For Don, the No. 1 benefit to leading a raw food diet has been to “feel youthful and alive and awake, without fear of premature disease and death.”

“When I’m swimming or cycling or playing basketball, I often forget I’m no longer in my 20s,” he said. “If I have ‘plateaued’ in terms of fitness and health, it is at a level I am glad to have reached and where I would be grateful to stay awhile. … I’m just glad to feel very healthy and to have a mentally and spiritually ‘fresh’ outlook on life and its potentials for good.”

Don said he senses that he feels and is healthier than any of his former classmates and peers. “Not many have chosen the ‘health nut’ path!” he said.

A key to Don’s remarkable vibrancy and vitality is staying active. He eschews an exercise program in favor of moving his body—running, bicycling, swimming, playing basketball, hiking, weightlifting, yoga or any combination of these activities—almost every day. 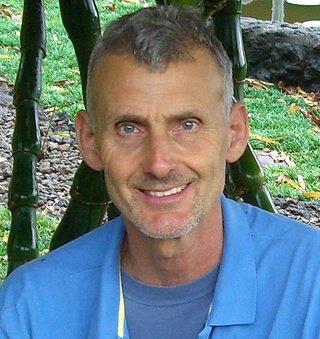 Being raw alone is not enough for Don to feel his best when it comes to experiencing life to the fullest. He said the lighter and more fruit he eats, the better he feels.

“When I eat a light, fruit-based diet, it is easiest to hop up and enjoy some revitalizing exercise,” he said. “When I eat more fat and protein, more energy seems tied up in digestion and assimilation and elimination. Therefore, there seems to be a shorter window of peak energy for exercise or work exertions.”

Don follows his body’s natural wisdom in choosing foods and knowing when it’s time to eat. “I try to keep the raw foods of higher fat and protein content in a highly digestible range, though I try to eat according to genuine hunger and instinct more than counting calories and grams and eating according to a particular ratio,” he said. “For me, that tends to vary by season and total expenditures of physical and mental energies.”

Don’s favorite fruits are apricots, nectarines, peaches, cherries, oranges, pears, mangos, melons, papayas, rollinia, avocados, jackfruit, canistel, atemoya, sapote, lychees and durian. Topping his list of vegetables are lettuce, spinach, kale, collards, peas, green beans, carrots, cauliflower, bok choy and cucumber, which is a nonsweet fruit but often classified as a vegetable. This list comes with a caveat, and this is based on Don’s decades of experience growing fruits and vegetables on organic soils of greater mineral richness compared with average soils. These soils grow food “far superior in flavor,” he said. Because of this experience, he suggests not judging a fruit or vegetable strictly by one or a few samples.

Don’s intake of overt fats come from avocados and the freshest organic nuts and seeds he can find, preferably in their shells, such as almonds, walnuts, pistachios, macadamia nuts and pecans along with sunflower seeds, pumpkin seeds and hemp seeds. He sprouts seeds such as lentils, mungs, sunflower and green peas, primarily in the fall-to-spring period. Occasionally, he drizzles a little hemp seed oil or flaxseed soil over his salads.

On an average day of eating for Don, he might make an orange-apple-carrot-beet-celery juice in the morning, adding in any green powders and supplements he’s experimenting with or using for nutrient “insurance.” A few hours afterward or when hungry, he eats fresh fruit as monomeals “until full but not stuffed,” he said. When he’s hungry again, he might have a smoothie with dates, bananas and water and sometimes hemp seeds and chlorella and greens.

“Typically, I won’t be hungry again until nighttime, when I usually make a mixed garden salad with avocado and tomato or a dressing of tahini and juice and some dulse flakes, sunflower sprouts or the like,” he said. “I may also have some leftover morning juice with my salad.” 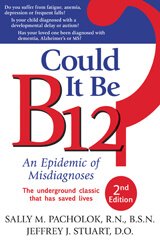 After eating raw vegan for 30 years, Don visited his friend Dr. Alan Goldhammer at TrueNorth Health Center in Santa Rosa, California, for a checkup and blood test. Don was found to be in very good health, but his body’s supply of Vitamin B12 was running low. Don began supplementing with Vitamin B12 in methylcobalamin form, and found it added strength and stamina to his nervous system and whole body and mind. He has continued taking this supplementing after reading Could It Be B12? by Sally M. Pacholok and Jeffrey J. Stuart. Don said this book makes a “strong case that most people of all dietary persuasions are somewhat deficient.”

Don has also supplemented with Garden of Life’s “raw” Vitamin D supplement the past two years after experiments with it proved successful, especially during winter in the United States, when citizens experience much less sun exposure.

Don’s semi-recent blood test results and supplementation boosts make him think everyone should order relatively comprehensive blood tests during visits to their physicians to better understand their health status.

Don also shares a recommendation that folks start their own mineralized organic garden to begin assimilating more nutrients from the soil-life system. Don’s interest in food and organic gardening have blossomed into a passionate career as an ecologist, researcher, writer and organic grower. He is the author of Regenerate the Earth!: Nature’s Call to Remineralize Our Soil, Re-Green Our Land, Rescue Our Climate and Restore Our Health, a compilation of writings by Don for Vibrance magazine and its precursor, Living Nutrition, published and edited by Dr. David Klein.

In Regenerate the Earth!, Don writes that humanity and all life is in danger from long-term degeneration of soils, food quality, forests and atmospheric balance. This book is a call to action—now.

“We’re each needed to consciously begin implementing the regenerative means and methods which can reverse the degeneration and enable the regeneration of human-and-planetary health!” he said. “If anyone can think of something more important to be doing, please proceed!”

To remineralize the Earth means to replenish the rock minerals human beings have “borrowed” from the soils, Don said. To remineralize soil, he also calls for people to spread mixed rock or gravel dust into gardens, farms, orchards and forests worldwide to enrich soils and enable the plants to withdraw the excess, climate-changing greenhouse gases.

Don offers a letter grade of just “D+” in most areas in the United States, with the plus “coming from growing ‘well-meaning’ efforts to go greener, although most fall far short in the foundational actions needed such as remineralization and widespread tree planting along with a large shift away from animal-based industrial ‘agriculture’ to a culture of compassion, restoration and regeneration,” he said. “It will take people coming to their senses and instincts and to be willing to change their ways of growing food and community to make life better for the whole planetary community of life, I think.”

In addition to remineralizing the soil, to lessen our imprint on the planet, Don said: “Take less and give back much more as we try to pay back our debts to Nature and the living Earth. Fortunately, we now know how to remineralize soils, grow high-quality organic produce, plant trees and re-green the Earth with the principles of ‘permaculture’ and the like, keeping in mind there are veganic options aplenty!”

Studies have shown mixed results on whether organic fruits and vegetables offer greater nutrition compared with conventional produce. But Don said his late publishing partner and eco-genius John Hamaker showed great increases in the mineral content of foods grown on his mineralized farm. “I’d say start the next study today in your back or front yard and taste and feel the difference for yourself.” 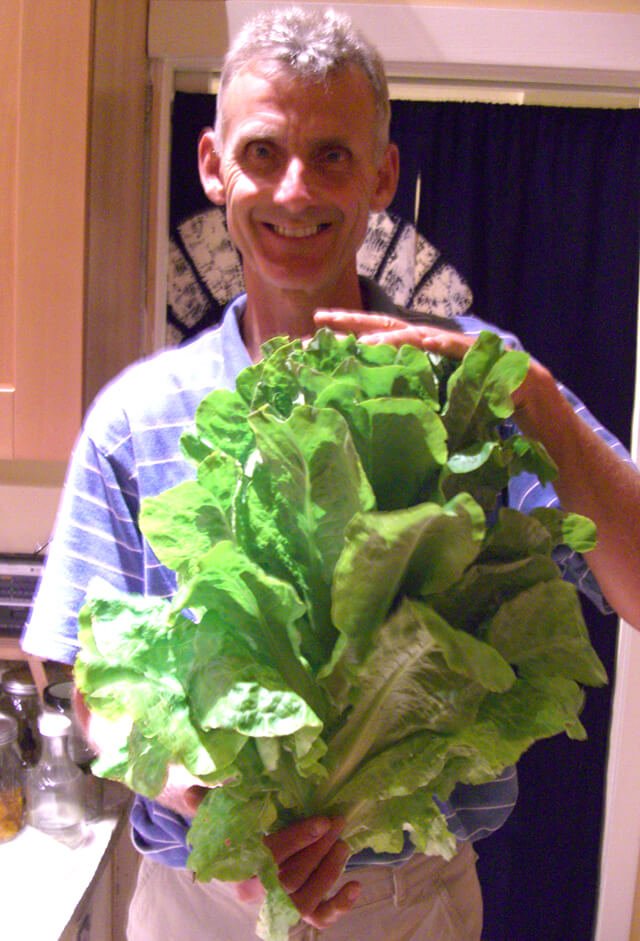 For those who cannot purchase or obtain all-organic food, when it comes to extending the value of a dollar in balancing organic and conventional food purchases, Don recommends avoiding the most-sprayed foods such as those on the Environmental Working Group’s Dirty Dozen list and to consider growing more indoors such as greens and sprouts or outside in a garden, greenhouse or community garden plot.

In his spare time, Don enjoys being in nature with plants, trees, lakes and rivers, “seeing humor and beauty wherever it can be found.” He also takes pleasure in reading books, listening to music and watching movies. Don is grateful to have a girlfriend who loves gardening, raw food and creating beautiful living environments using principles of feng shui and simple green living. He said they are looking for their next home with more garden and orchard space so they can better nourish themselves and the local and global community of life as well as share a healthy example of regenerative homesteading with others.

If others would like to be neighbors of this couple in building a local eco-conscious community in Northern California or possibly Hawaii or another place, contact Don with ideas.