Charlie Abel: ‘I Listen to What My Body Is Telling Me’

The author of The Raw Food Bodybuilding Training Manual, Charlie Abel, 56, of Pahoa, Hawaii, has been interested in health and fitness since first earning the “Personal Fitness” merit badge as a Boy Scout in 1970 because he figured that without health, “you really have nothing.” He has been a bodybuilder since 1974, entering many bodybuilding contests and winning Mr. Sonoma County (California) in 1981 (without steroids).

Charlie has been a Natural Hygienist since 2002, subsisting on a diet of whole, natural raw foods since then. In 1996, he was diagnosed with glaucoma, and doctors told him he would have to be on eye medications for the rest of his life to control it or risk losing his eyesight in that eye. He turned to Natural Hygiene, stopping the medications, and has had no problems with glaucoma since.

Now at age 56, people tell Charlie that he doesn’t look 56, but he insists, “Yes I do look 56—this is what 56 is supposed to look like folks.” His motto is “Health is wealth—invest today.”

Brian Rossiter’s note: I began 10 sentences with targeted words, presented in boldface below, that serve as conversation starters and asked Charlie Abel to complete the thoughts in this “conversation.”

I work out three days per week for a half-hour or less with the heaviest weights I can handle in good form without throwing the weights or using momentum to help lift them. I’ve found that there is no substitute for heavy weights, and when the weight is truly very heavy, you have no choice but to lift it and not “throw” it. 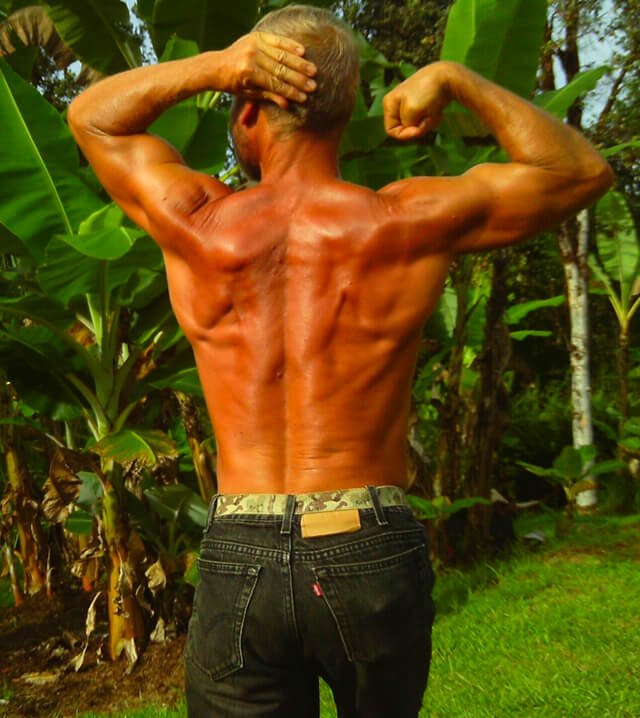 Reps and sets are kept to the exact minimal amount to achieve results because the reason I work out is to enjoy the results it produces, not to just work out. In my heavy workouts, I do no more than three or four sets, decreasing the reps as the weight gets heavier. So a typical set-rep scheme for deadlifts would look like this: 150 pounds for five reps, 200 pounds for three reps, 230 pounds for one rep and 235 pounds for one rep or an attempt if I can’t lift it. I think it’s important to do the heaviest last set where you merely attempt to lift but can’t.

Deep breathing, as a result of exercise and especially from heavy work for the legs, is important for health because it helps the body detoxify. The increased rate of blood circulation brings more waste products to the lungs to be expelled. This is one of the reasons that gives us a feeling of well-being after an exercise session.

Striking the balance between overtraining and undertraining is the key to making progress. If I’m tired and lack enthusiasm for working out heavy, that tells me that I’m either doing too much heavy lifting or doing it too often. I’ve found that very little work with heavy weights is required to make progress. Although I do workout three days per week, I lift maximum weights only one day per week. For the other three days I work out, I lift light one day, and medium-heavy the other.

I place an emphasis on the principles of Natural Hygiene rather than just raw foods. I’m not exclusively a “raw fooder”(though my diet does consist of only raw foods). Rather, I’m interested in the health and lifestyle that promotes it. If it turned out that eating something other than raw foods (which I doubt) is better for my health, then I would change immediately. This is why I place emphasis on everything that promotes health. For instance, if I ate the finest raw foods available but didn’t get enough sleep, eat enough, build a peaceful home environment or exposed myself to toxic chemicals in the environment, would I be healthy? Of course not. This is why I stress that raw food alone is not enough for good health. It’s a good first step, but not everything. 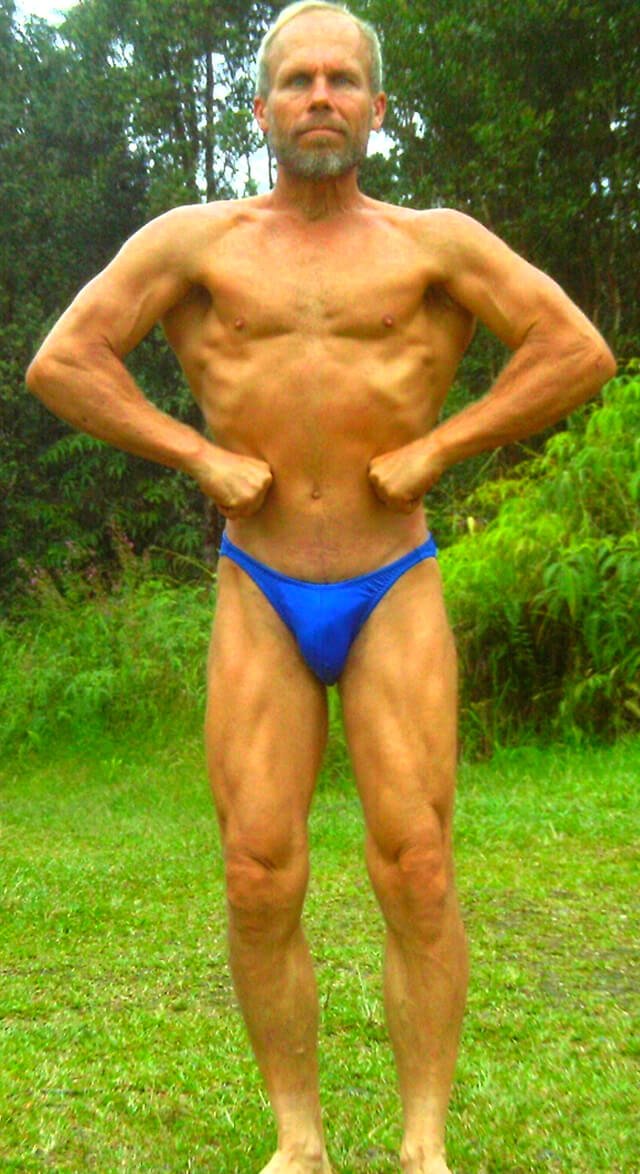 Most think that to build muscle, more exercise is better, but I know that heavier exercise is better than more exercise. For example: you may find competitiveness in the gym such as this: “If he does four sets with 200 pounds, I’ll do eight.” I say, one set with 300 pounds is better than any number of sets with 200 pounds. So it’s not the amount of exercise that builds muscle, it’s the amount of weight used that builds muscle.

Something very helpful to my health is that I listen to what my body is telling me, rather than relying on what I read or what others tell me. It tells me things like when I’ve had enough sleep, when I’ve eaten enough for a meal, how often for lift heavy and how much of a certain type of food to eat, making it impossible to overeat them. This is why I find it hard to overeat foods such as nuts and avocado because there’s a point where I just lose my appetite for them when I’ve had enough of them.

I eat from what I call the three raw food groups: fruits, greens and nuts. The foods I eat are only whole natural foods. Nothing I eat comes in a package or is processed in any way. I grow all my own greens such as kale and lettuce, purchase fruits from a farmer’s market, grow some of my own fruits like bananas, and whole nuts and seeds such as sunflower seeds and pumpkin seeds and Brazil nuts. Lately, I’ve been eating macadamia nuts I gathered myself for free from a local orchard. My diet is mostly simple meals consisting of one or two foods such as bananas followed by greens or cucumber.

Charlie Abel's Top Tip for Lifting Weights in a Standing Position
Explore all Raw Vegan Tips
Enjoy This Illuminating and Inspiring Content? Show Your Love by Sharing!
💛 Complete the Circle of Giving by Supporting This Content! 💛
Shop in the Fruit-Powered Store Donate to Fruit-Powered

2 thoughts on “Charlie Abel Is a Leading Raw Vegan Bodybuilder”