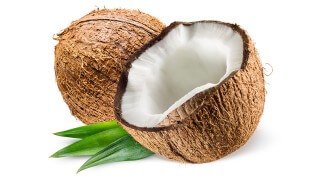 A shampoo and conditioner containing mountain spring water, coconuts, passion flower and scores of other ingredients found in nature? Well, this is what Tate’s would have you believe are in its all-natural products.

I was tipped off recently that Tate’s products, marketed as “The Natural Miracle,” might just be too good to be true. I decided to investigate because I consider it downright dirty for a company to sell one thing but give you another thing, and I’m aware Tate’s products are popular online and at health food stores throughout the United States. Additionally, some health educators and promoters pour praise on Tate’s products, influencing lots of consumers who might not otherwise research or even question a company’s claims.

When I first used Tate’s products, in fall 2012, I was curious about how the long list of “all-natural” ingredients could produce such sterile-looking colors. I didn’t let my curiosity feed into any research, however.

With all these ingredients, you might expect a vibrant mixture in color and scent. To me, the conditioner looks and smells like cheap lotion that’s been rebottled and sells for $27.95 for an 18-ounce bottle on the Tate’s website.

Perhaps I’m wrong. Perhaps this list of ingredients is just too complicated for someone such as myself to analyze and make an informed opinion on.

I checked another product, earwax removal.

You might expect a product with these ingredients to bear the brown color of apple cider and smell of sweet cider and vinegar. The liquid is clear and has no odor.

I wrote an email to Tate’s on August 26, inquiring about the specificity of ingredients as well as the colors and smells of the company’s products. I asked for a response about allegations on various websites that Tate’s products are not as advertised. I also asked where the company is located, another subject of debate.

I was met with this emailed response from a person who identified himself only as “John”: “That would be awesome, very cool! Can we coordinate purchasing some advertising to run at the same time as the story? Little ads like a special or something or would that be in the article?”

During a phone call to the company on August 27, I spoke to a woman who retreated in several periods of silence. She would not answer any questions I raised about the ingredients, colors and smells of Tate’s products and, alarmingly, could not even offer a title for John, presumably a member of this family-owned business, advertised to have been in operation since 1932.

I never received another response to my email seeking answers to my initial questions or a phone call back.

The person who tipped me off about Tate’s questionable products mentioned Amazon reviews. I had a look, and some share scathing sentiments.

“… The ingredients are total B.S. Anyone with a brain can figure that out by looking at the lotion and reading the ingredient list. It doesn’t even make sense. Do they really think I believe that they blended up apples, blueberries, pine needles and stuff, and it magically turned into a white creamy liquid? These people must think their customers are total morons. So, I tried contacting them to ask the details of the ingredients—no response. I have emailed, called, and nobody will answer. I’m very suspicious … .”
—idonottell of Buffalo, New York, in a review of Tate’s Conditioner (18-ounce bottle)
“I have never in my life come across such a unethical, shady, scam artist like this. It all started with a unmarked, beat-up box we received in the mail one day containing a suspicious bottle of ‘conditioner’ and an invoice for almost $100. Are you kidding me? Naturally, we called them to let them know they had [mistakenly] shipped us something we did not order, and their response was that it was a ‘sample’ of their product that we needed to sell in our practice! I run a health-care practice, not a beauty supply store! Every attempt at resolving this scam has been to no avail and has resulted in nasty messages left at my business, harassment of my employees and now an open complaint with the BBB and police department.”
—Sarah in a review of Tate’s Conditioner (18-ounce bottle)

Tate’s products purchased in 2012 include the address 4041 Erie Street, Willoughby, Ohio 44094. A Mapquest search of this address produced Vitalone’s Auto Conditioning. I called this business, and a man told me Vitalone’s has been located at this address for 33 years. At least some recently packaged Tate’s products do not include an address, let alone a city or state.

Some on Amazon.com suggest Tate’s is connected with the company Kathy’s Family. Some Kathy’s Family products command an even higher price than Tate’s products. Kathy’s Family Healing Lotion costs an astounding $41.98 for a 16.5-ounce bottle!

I checked out the Kathy’s Family website, KathysFamily.com, and noticed a design similar to the Tate’s website. Both websites, I discovered, were developed by the same web developer. I called the phone number, whose first six of 10 digits are identical with the Tate’s phone number. A woman answered whose voice sounded similar to the woman who picked up when I called Tate’s. I asked this woman whether it’s true that Kathy’s Family and Tate’s are one and the same. She confirmed that she had talked to me when I called Tate’s earlier in the day.

Carie, the woman later told me her name was but who would not give me her last name or title, said: “People love our products. We’re doing a good thing.”

Carie went on to say that products, not specifying whether she was talking about Tate’s or Kathy’s Family products, have helped customers with psoriasis after “nothing else helped them.”

Someone was finally talking, at least. I felt as if I might be able to get somewhere. I asked again about the colors and scents of Tate’s products.

Right away, Carie, sounding flustered, said she wouldn’t talk anymore, saying she needed time to put something together, presumably a statement. I never got a return call from Carie.

“I hope you do a good story on us,” said Carie, whose parting, pleading words rang of defeat. 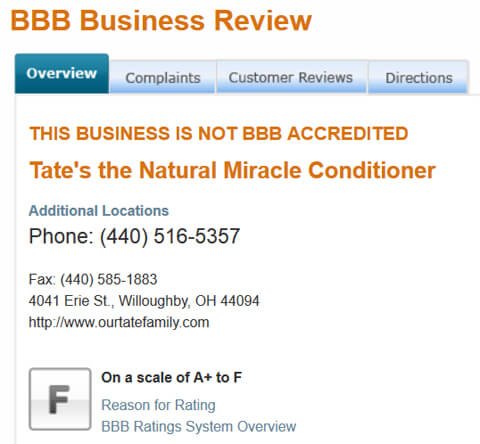 Readers of this article may draw their own conclusions and conduct more research, if compelled, but I can state I would never use or recommend Tate’s or Kathy’s Family products.

In the end, this experience makes me want to question everything I put inside or onto my body, from every piece of fruit to every head of lettuce. I look forward to the day when I can grow all or most of my own food.

Only I can be responsible for myself.

7 thoughts on “Are Your All-Natural Products As Advertised?”