It was one of those mid-spring night dreams where peacocks walked in total freedom and polar bears knew exactly where to swim. The daily rituals of life as it is, as we see it, slowly began, and I was honored. I was there; I was in full bloom.

I live in a world of obsession, in a world that’s not quite right but, in all honesty, still existing in all its beauty and in openness to be dared change. I am challenged, so I believe. I entered the world of what is and, more important, what can be.

These words began to flow on a Wednesday night at a time when darkness takes over and light shies away. I was in the midst of being myself, speaking on passion, healing and sharing. My thoughts took me to what one has to do to stay healthy and strong. This is what I do; this is my obsession and passion—what keeps me going day after day. For whatever reason, I feel that I have to be the light, the sun, the guidepost for others.

This is part of what I do—give classes, workshops, sometimes for free and sometimes for money. There were times when no one showed, and there were times when 10 people showed. I really never knew until the time of the class. It was on such a day of a class that a young woman asked for approval to attend. I was honored and surprised and, at the time, did not realize the immense importance of what I did and its repercussions as if matches were lighted to dry grass and trees, burning a fire that has no boundaries.

The class started. As for all classes at the time, I had no notes, no patterns—no real idea of the flow. I began speaking and hoping and wishing that the words fell in order and that people would not only understand the thought process of how to stay healthy and strong but, most important, to just do. So I spoke to about 10 people, all eager to learn. All were inspired to move up in their physical being. As I spoke, all listened except for one: the young girl who just wrote without stopping. “Why is she writing?” I thought to myself. 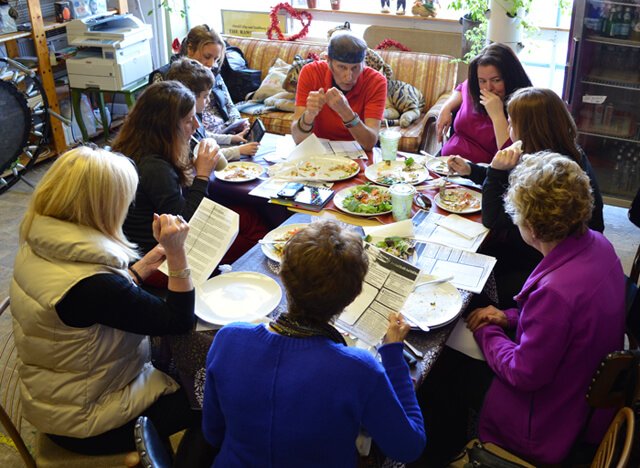 What she did was create an outline of every important statement I made and then reviewed each statement. Three months later, she sent me the outline. I was somewhat shocked, somewhat honored, somewhat blessed. Since I received the outline, I have used it over and over in all my classes as a way to inspire others.

I begin with a summary of some of the points in this outline:

There are no shortcuts, no hidden tricks to shorten the run. Once you begin and commit to run, there is absolutely no turning back. So it goes with life. We live in a world that once born, there will always be death, so we take each step with confidence and certainty that we are living a gift of joy and love. This was my gift to me. I was running four times a week, beginning with 3 miles in January and succeeding in April with 13.1 miles. Each week I was running, I realized there were no shortcuts. Each week, I realized that practice was the key. I realize that once you make a commitment, that’s it! Your word is your word and, in the end, the only thing you’ve got.

I look at the first three points in the outline—wowie kazowie! It would take me more than 2,000 words to finish. I think about the young girl who religiously took notes, who religiously deciphered my words into 21 short sentences and, what is more intriguing, I never saw the girl again.

So I end—although not completely finished with this outline, but enough for this article.

Farewell. Till we meet again.