It was barely two months ago, on a Sunday afternoon when I was working, doing my thing. Washing dishes, keeping my store clean, talking to customers and being of service to those in need of support and guidance. I place myself in humble servitude. At 3:30 on this day, I answered a phone call. This was a genuine phone call of quiet desperation. On the other end was a woman’s voice. This mother’s only daughter was on death’s bed. She had no idea what to do or where to turn. Her daughter had undergone two brain cancer operations. In medical terms, these operations were not successful.

This mother, Brenda, said the doctor told her that her daughter, Tennille, needed a third operation. After the second operation, the daughter was bedridden and could barely move. The daughter had no voice and had lost much of her vibrant light to live. Tennille was the joy of her mother’s eyes, her father’s eyes and her grandmother’s eyes. Until she developed brain cancer.

At the time, there was hope. Her family had hope. They put their faith into the medical world for that is all that they knew. The medical community is a scam, as I know it. In my heart and soul, I have to write on the level that every moment matters. Everything matters when we are on a life-and-death level. Brenda chose to have her daughter’s tumor removed. Supposedly, to her, she did the right thing. Everything she and her family knew led to this decision. Brenda and her 29-year-old daughter made the right decision—or so it seemed. 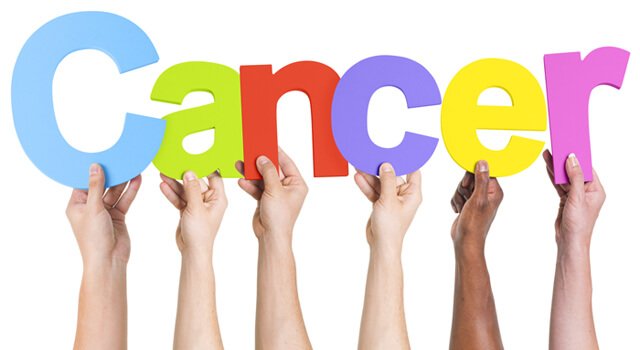 What seemed “cured” was not actually cured. What seemed “removed” was not actually removed. What seemed to be a “successful testimony” on the medical procedure was not actually so. Once again, they had to go back to the hospital because the tumor, which was supposedly removed, came back. There was no explanation. No “I’m sorry.” No “I made a mistake.” There was no talk by anyone who was in charge. All was said is that the chemotherapy didn’t work. What the medical officials did not say is that the chemotheraphy and radiation side effects would cause burning in the body; continual pain; loss of motor skills, including walking and talking; and memory loss.

What was more important is that this young woman was going to die. Under these circumstances, the daughter went under the knife. Everyone believed this was her only option for life, for survival, and if her body would have to suffer, so be it. This is what the doctor knew what to do: burn, radiate and take out. Although it’s not the best choice for Tennille, it was literally her only choice at the time.

Under these circumstances of Tennille’s having gone for a second procedure, the mother, father and community all hoped that it would be the last operation. It wasn’t. What was supposed to be a sigh of relief on everyone’s part wasn’t. After this second operation, Tennille became sicker. She was groggier and more fatigued and zombie-like. The treatment did not work. You would think that the powers that be would try a different option. The hopes that everyone had for this young woman were fading fast like a bullet beamed on someone’s head with no place to go.

It was under these conditions that Tennille took charge while laying in bed like a wet doll that’s been through a wringer too many times to mention. She begged her mom: “Please find something else. I don’t want to be fried again. I don’t want any more chemotherapy or radiation or operations. My body can’t take it.” Brenda heard these words loud and clear. She heard the words of the medical officials saying, “If we don’t give her more chemotherapy and radiation, she will die.” Brenda thought about the first two operations and how they did not get the job done.

That night, Brenda became desperate as only a mother could be to help her only daughter. She began searching the Internet and, at 1:30 one morning, found my video in which I interview Megan Sherow. Megan’s story is similar to Tennille’s. They had similar operations, but the only major difference is that doctors had given up on Megan. She had no hope for survival, they said. The medical powers to be stated simply that there was nothing more they could do. This was the language Megan and her mother, Maria, heard before they left the hospital.

What the Sherows heard and what they thought would happen didn’t. They, too, searched the Internet. They, too, looked for a different natural approach. They, too, believed that what matters is life right now. Under this sense of urgency, they found me. “What I believe,” “What I share” and “What I know from my experience” are the words Megan and Maria heard. “Everything is based on love,” I told them. I told them I push a mostly fruit-and-leafy-greens lifestyle and call for exercise and going to bed early. I told them I eat fruit in the morning and to stop eating three to four hours before bedtime.  There are so many things to share.

Megan and her mom heard the words and educated themselves, changing their ways. The deterioration of Megan’s body became transformational. She began eating simply fruits and greens. No oil. No nuts or seeds. No overt fats. She began getting plenty of sleep and exercise. She began having loving thoughts, and her body began to respond. What was once darkness became light. Where there was no hope became a world of possibilities.

These words, which Megan shared with me in a video, were what Brenda heard at 1:30 that one morning. These were the words Brenda shared with me on a Sunday afternoon. She was a mother who was in a state of quiet desperation, grabbing at anything that seemed doable to help her daughter. Brenda told me that she and her family would do anything as a team, as a united force, to share in Tennille’s recovery.

These were the words I heard from Brenda. These words brought tears to my eyes because I then knew that life matters, that family matters. This became a touching moment for me, realizing why I do what I do. As the mother spoke, I listened. As I spoke, she listened. We were connecting on her daughter’s new hope and vision. The same day, nine hours later, she and her whole family visited me. We spoke. We cried. We shared the moment of what could be. We talked about removing the cause and how the body will do whatever it can to heal itself. That day, Brenda and her daughter and Tennille’s father and grandmother became low-fat raw vegans. That day, everyone’s life changed.

The family visited me eight weeks later to thank me. Tennille had gone from bedridden and zombie-like to starting on the road to recovery. Brenda and Tennille’s father and brother all lost 20 pounds each. They now celebrate their meals over fruit dishes.

This is written by me as a truth the way I recall their words.