Censorship Is Making It Harder Than Ever to Find Natural Health Content. Help Your Family and Friends Plus Fruit-Powered by Sharing!
💛 Complete the Circle of Giving by Supporting This Content! 💛
Shop in the Fruit-Powered Store
Donate to Fruit-Powered
“So when did my story begin?”, I wondered. And then the voice that I often hear, now that I am mostly raw vegan, responded: “It started at birth.” That is when the conditioning starts for us all. That was when I was told what to wear, what to eat and how to be. In elementary school, I read the propaganda issued by the National Dairy Council and U.S. Department of Agriculture—programming us to consume dairy and meat. And that is what I did. I also questioned around that time why people suffer. I had big questions for a little kid as well as big suffering. I struggled with PMS in my teens as well as acne, anxiety and depression. I was given drugs such as birth control, Accutane and antibiotics to address my suffering and that just made matters worse—but we didn’t know that back then.

The knowledge and the change didn’t come for many, many years. I dabbled with vegetarianism and did yoga over time, but my wellness journey didn’t get a jump start until the phone rang in my home eight years ago. It was my son’s kindergarten teacher calling to tell me that my son was lost, staring into space, and that they could no longer teach him. I knelt before him when he got home and promised him we would find the answers, and that is just what we did. We searched for the answers—and little did I know that I’d find the answers for me, too! The answer was his food. At first, the conventional doctors told us the answer was ADD (Attention Deficit Disorder) and put my son on these little colored pills. I look back now and think how disillusioned we are to take these little colored pills, thinking they will fix us, and then we ignore the enormous amounts of food we pile in our mouths and think the food will do nothing for our health. 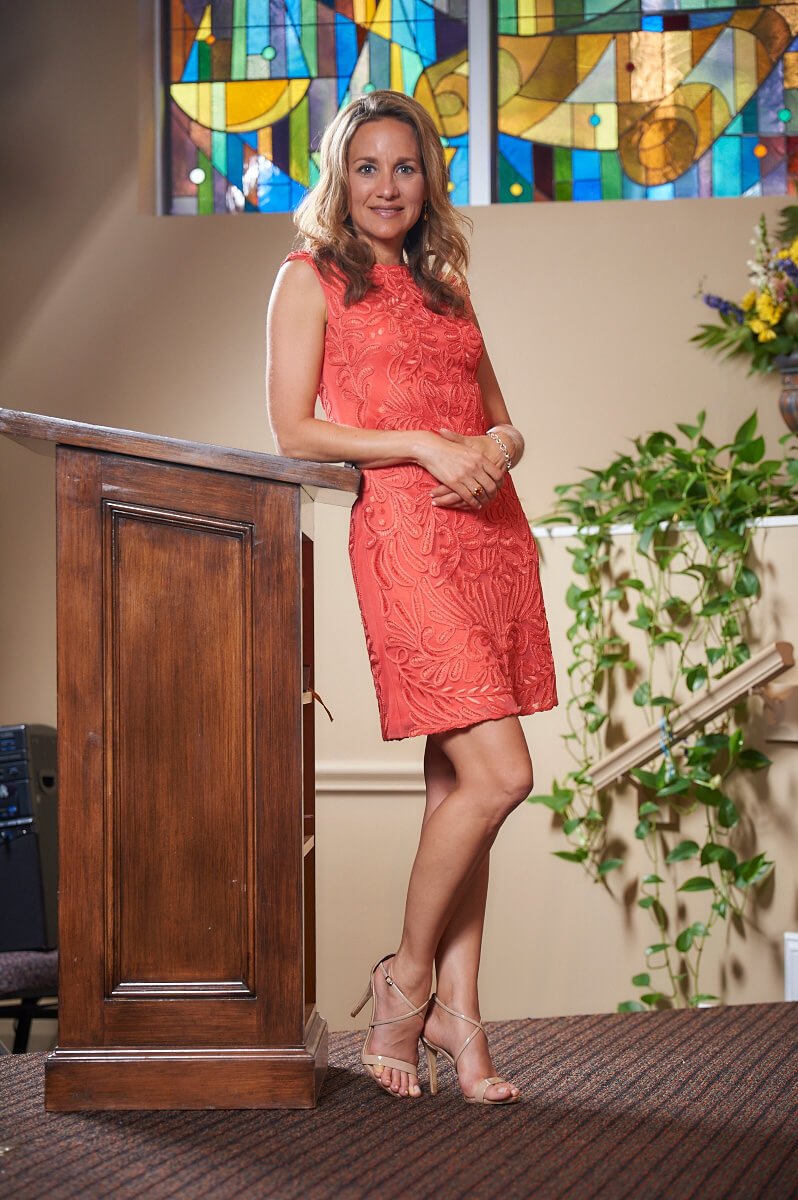 After about a month of being on the drugs, I saw them as a Band-Aid and not a cure. I also saw the neurological effects they had on my son as he woke in the middle of the night in a panic from the speed that was in his body. One day, he ate some jelly beans. It was a Friday, and we were setting the table for dinner. My son was completely out of control of his body, and that is when I had the bright idea that the bright candy my son ingested was the problem. That night, I found the Feingold Diet, in which all artificial additives are removed. He was off the drugs that night completely and on the Feingold Diet. On Monday morning, the teachers were astonished—about 48 hours later, a significant change from food.

That was when I started reading—and reading—and finding new doctors to support us. I had also discovered that many of the symptoms I had suffered from were curable from food. I removed the artificial additives from my diet as well and, over time, the dairy and wheat from both of our diets. My PMS, anxiety, fogginess, short temper, forgetfulness, depression and inability to focus were all diminishing. My son and I were thriving! I kept reading—and reading more—and eventually met Arnold Kauffman at Arnold’s Way. There, I had a community of others on this wellness path, and I was not alone.

In a Nutshell: Amy Yuter

Here’s a snapshot of Amy’s favorites:

I transformed my diet over time, dropping foods as I learned that they were not the best things for me to eat. People wondered how I could live this way—so restricted. I would say, “How could I not?”, as this way of eating allowed me and my son to thrive. What else could you want in life for yourself and your child? I spoke out about my journey and what we learned. We testified before the U.S. Food and Drug Administration about our experience with artificial additives and were covered on national and local news.

I kept going with my diet, refining it over time. During this time of transition, I noticed that my spirituality was increasing. As I became clean, I was able to see what was there all along. The peace within that is there for us all. I began studying meditation formally and have been doing so for more than five years. I know that my dietary changes have brought me to where I am spiritually. I feel strongly that you cannot just sit on a mat and expect the magic to happen. We have to clear the space so that the energy can flow. We can’t slam down burgers and bacon and expect there to be the space. These animals sit in our guts for days as our bodies seek to digest the foreign matter that we just were not intended to consume.

Our bodies are also clogged with mucus from the dairy we weren’t intended to consume. A cow’s milk is intended for a baby cow—not us and not our babies. My son now thrives at 14 and smirks at the dairy education he still receives at school and the advertisements on TV for colored cereals. He knows better and also lives by the credo that if we knew more about the food we are eating, we would eat differently. He knows he would not be able to do what he does today without the changes he has made. He is not a vegan but remains free of gluten, dairy and artificial ingredients. My 17-year-old daughter recently went dairy free on her own after doing a one-month vegan challenge and experienced the migraine, stomach pain and inflammation that followed her first dairy meal post-challenge.

The final part of my story is our recent Lyme disease diagnosis. My son and I were recently diagnosed with Lyme disease, and I was also diagnosed with having a Lyme parasite called Babesia. I found my way to a brilliant epigenetic alternative doctor who put us on supplements that addressed the disease. My son and I are thriving even more. The doctor’s approach is to fix the body so it heals itself. He applauded us for the dietary changes we made and remarked that the Lyme we suffered from for years—my son since birth and me for 20-plus years—was not out of control due to the wellness steps we took already.

Today, I live a vegan lifestyle. While it started with the diet, over time I began to want to walk more lightly on the planet. I drive an electric, very green car and I don’t consume or wear animals. I live a very busy life but consider it to be pretty stress-free. My diet is mostly raw. I start the day with some exercises to clear my chakras—the highlight is taking nine vigorous clearing breaths. First holding my right nostril to clear my anger and then my left to clear my grasping and then through both to have gratitude for exactly where I am in my life. I then have a big green smoothie—a whole Vitamix full! A few hours later, I will have a monomeal of fruit, meaning I will consume just one fruit. A few pounds of organic grapes, a personal watermelon, a whole cantaloupe, a few pounds of fresh figs and a whole pineapple are among my favorites. I will have another monomeal a few hours later. In the evening, I have a big salad and then some cooked vegetables with my family. I know that my wellness will improve if I go fully raw, but I have kept a minimal amount of cooked foods in my diet. In the warmer months, I consume even a higher quantity of raw foods.

After the Lyme treatments were completed, I started running! I spoke of the voice within at the beginning of this story. A voice within spoke to me one day when I was out for a walk, and this is a voice you hear from your heart chakra and not your mind. The voice said, “You need to start running, and I did right there that day and haven’t stopped.” I now run 4 to 6 miles every other day and feel fantastic. I don’t believe I have anything left to address but wonder if there is more wellness to come. I am at peace with the universe—all is well. The only thing left to do is to help others by sharing my story. 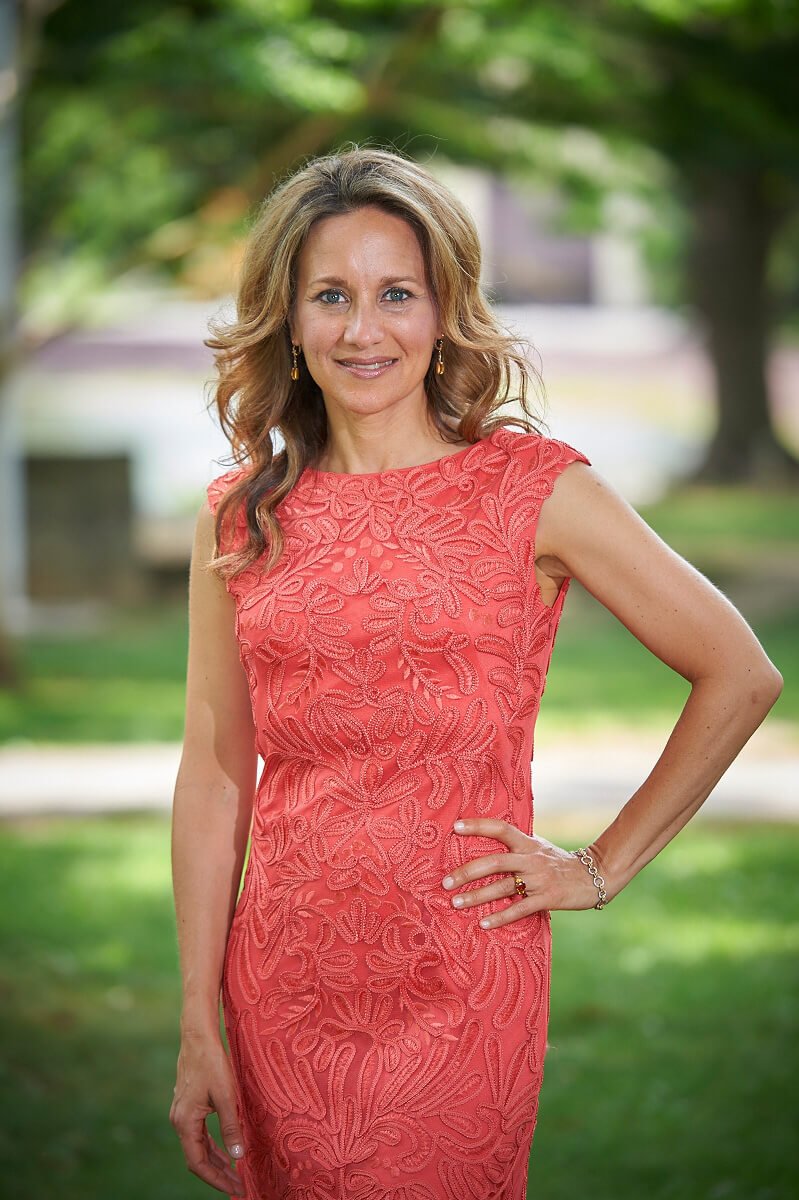 Amy Yuter is a mostly raw, gluten-free vegan. Amy walked away from conventional medicine and found wellness for her family through diet and alternative medicine. Her passions are meditation, raw vegan lifestyle, food combining, artificial-free living, kundalini yoga and helping others on their wellness journeys.