We all have a “health potential,” which is the healthiest your DNA will allow you to be. We can’t quantify it, there are no lab tests for where we are presently on our health potential scale, and we won’t know for certain if we lived up to it fully when we’re in the last few months of our life. But there are a few ways to be reasonably sure that we’re not likely living up to our health potential. And when you become aware of those reasons, that’s when you can live so as to achieve that most worthy goal of optimal health. And I’m not talking about the obvious way of knowing: symptoms. There’s no argument that if you aren’t living up to your health potential, you’d want to know about it before getting symptoms of some underlying, possibly serious issue. So is there a way to intellectually recognize if optimal health is likely to elude you down the road? The good news is: Yes! But it requires that you have a few tools in your toolbox.

We’re going to be using science to help us get a good look at our health landscape, and the ethos of science consists of open questioning, no authorities, honesty, transparency and reliance on evidence, and this can make the world a better place by burying myth and dogma, and by looking at things from the perspective of reality (the body, the soil, the environment, etc). And the requirements for this inquiry are respect for rational and honest discussion, an intolerance of distortion and misrepresentation, and, certainly, the skeptical interrogation of accepted notions. If you can resonate with the logic above, and if you can acknowledge that you may have personal biases and preferences that might color your otherwise good judgment, the odds of you living to your health potential are great. 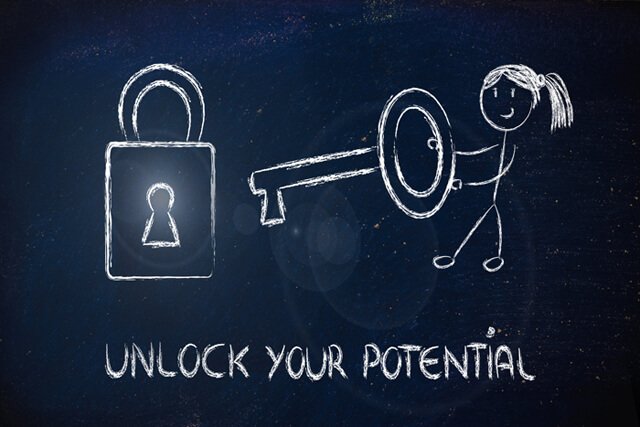 When we compare study data of meat eaters versus other diets regarding things like cardiac mortality, and rates of certain chronic, degenerative diseases, we can begin to get a general view of our health landscape from the perspective of reality, so we don’t go through life assuming that we’ll be just fine because of the way we eat and live. And there is plenty of data. Good data, not loaded studies commissioned by someone like the Meat Producers Association of America or the American Fluid Milk Producers Board. And a goodly amount of compelling data clearly shows that vegetarians have not been doing better than meat eaters in certain areas where you’d think they would. Huh! Vegans might assume that this is due to vegetarians consuming eggs and diary, because in some ways, dairy products are worse than meat from a human health perspective. But when looking at vegans — people who eat no animal products at all — the data shows that, in general, they have not been living up to their health potential either. What?! Why are some vegans’ mortality rates no better than meat eaters’? And why are some vegans doing worse than meat eaters when looking at rates of neurological disorders such as Alzheimer’s and Parkinson’s?! If this truly is the case — and the data suggests that it is — what can be the reasons for this? Shouldn’t we have a health advantage over those eating a typical Western diet? We most certainly should, so why aren’t we? 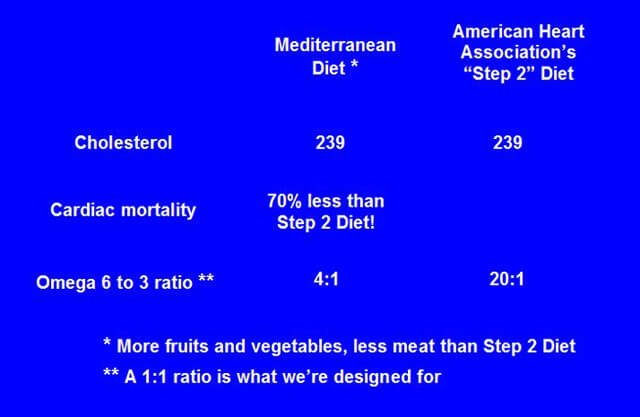 The chart above gives us one reason. Too many Omega 6 fatty acids relative to Omega 3’s. In this scenario, the enzyme that converts Omega 3 to DHA and EPA (good guys) can be monopolized by a ridiculously high amount of Omega 6 to make arachidonic acid (not so good). So the end result is an inadequate amount of EPA and DHA, and that is a recipe for disaster. Now, this 6-to-3 imbalance doesn’t apply so much to raw food vegans who eat only fruits and some leafy greens, but it’s not so much the imbalance that leads to not living up to our health potential. Bottom line: It’s the insufficiency of DHA and EPA. So is it possible for an all-raw vegan diet eater to also not get enough EPA and DHA? We’re told by some ardent supporters of the raw vegan diet, “Don’t worry about it” as if it’s impossible, but is it?

What if people are eating according to a plan that recommends “less than 10% of total calories from fat”? A seemingly prudent suggestion being that the Pritikin Longevity Center back in the mid-1960s discovered that there was a definite health advantage to eating this way. But what if a raw food vegan who is following this sage advice isn’t as active as they should be (as they would have been in nature), so the amount of calories they’re eating is providing 7% fat by percentage, but not enough fat by amount? Hmmm. The take-home point here is: The body isn’t designed to require certain percentages of things, we’re designed to require certain amounts. And this is because the amounts associated with certain percentages differ based on caloric intake! Is this fact taught as part of the diet plan this person was following? No. Are there some raw food educators who live in a fantasy world, assuming that all raw foodists are as active as they should be? Yes.

We look at some things in terms of percentages out of convenience; it’s easier for our minds to deal with percentages, but our bodies require certain amounts. So it would stand to reason that a sedentary person should get more than 10% of their calories as fat. We’re not talking about a minimum of 40%, but maybe 14%. And 14% is way different than 7% from the body’s perspective when it comes to EPA and DHA.

Now let’s look at the other reasons why health-conscious people who are desirous of attaining optimal health, aren’t. 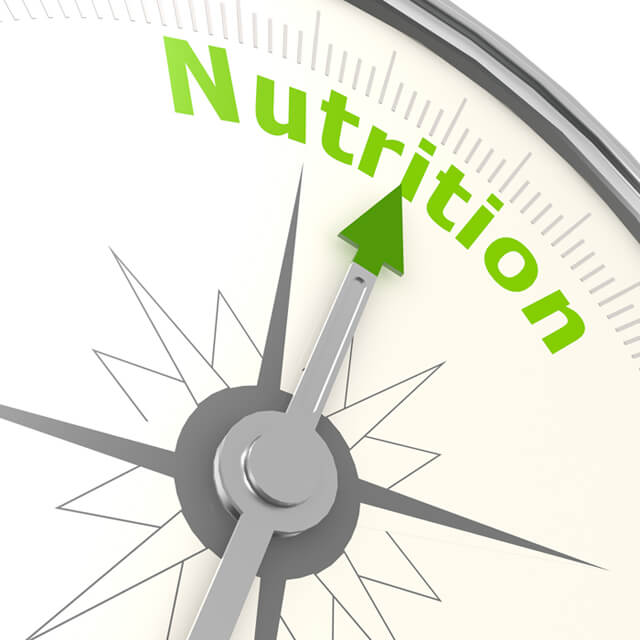 I mentioned above about the data that showed more neurological issues for those eating what is thought of as a healthier diet. But how is this healthier diet defined? It’s usually thought of in terms of what it doesn’t include, such as animal products, grains, pesticides, preservatives, chemicals, etc. And when we think in terms of what it does include, we usually dwell on the fruits, greens, high-water-content foods, organically grown foods, no cooked (damaged) foods, fresh, ripe, colorful, euphoric, etc. But we’re leaving something out; something critically important to optimal health. We’re not taking into consideration that we have not been living in our natural habitat — our biological “eco-niche” — for a v-e-r-y long time. So we may be eating the particular foods of our biological adaptation (hopefully), but they’re not the same quality that we once dined on. Nutritional quality. And foods matter, but nutrition matters, too. In fact, from our body’s perspective, food is merely a transportation mechanism for nutrients (including carbs, fats, protein, vitamins, minerals, water, etc.). So in modern times, when it was discovered that the population wasn’t getting enough of a particular nutrient (as evidenced by growing widespread deficiency diseases), it was mandated that certain nutrients be added to our food supply. In the United States, iodine was the first official nutrient in this program, and later Vitamins D and B12 were added (B12 being necessary to prevent neurological issues).

When you think about where Vitamin D is meant to come from, and the fact that it needed to be added to our food supply to prevent widespread D deficiency among the general population, and then you realize that when someone moves away from a diet fortified with D to a diet that contains no D, you begin to see where things can go horribly wrong because of the unnatural environment some people live in today (far enough away from the equator and strong enough year-round sunshine). You can begin to see that when someone becomes vegan and stops eating food fortified with things like D, B12 and iodine, and starts eating foods that contain zero D and B12 and not enough iodine, and they aren’t aware of the necessity of being vigilant to make sure they continue to get enough — and not just enough to avoid a deficiency disease, but enough for optimal health — that it is very possible for vegans not to live up to their health potential, and that this can easily account for what the data is showing. 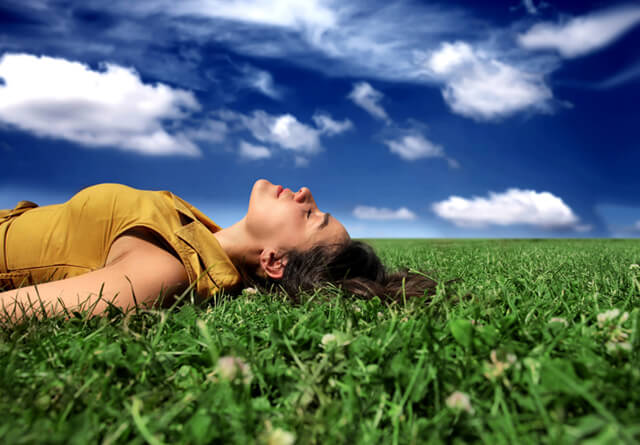 There’s one more contributing factor to why some raw food vegans may not live up to their health potential, and it is more in the realm of the psychological than the physiological; it has to do with human nature.

If you were to ask me what was the most significant deterrent to living to our health potential, I’d have to say, without a doubt, it’s misinformation. In my 12-plus years of counseling raw vegans, I have seen misinformation be the cause of many people either not fully resolving the health issues that brought them to the raw food diet, or the following of misinformation causing them to go downhill at some point. When you are told, in no uncertain terms, that if you eat an all-raw fruit-and-greens diet, and are active enough to warrant eating an appropriate amount of food, that you needn’t be concerned about nutrition, you are being treated to a mouthful of misinformation. And if it’s coming from someone who should know better, like a health practitioner, it could even be disinformation. Health practitioners take an oath of “First, do no harm,” even raw food health practitioners. Or they should. It’s been my experience that some are not adhering to this most basic tenet of the Hippocratic Oath. And they also don’t comply with the ethos of science I mentioned at the top of this article. So you should be asking yourself, “Is this who I want to get my health information from?”

If you truly want to live up to your health potential, your longevity potential and your happiness potential (they’re all inextricably tied together), you should want correct answers to your health-related questions. And sure, no one health educator has all the answers, but all the answers that a health educator has should be correct. And in a perfect world, they would be, but in a perfect world, there wouldn’t be any need for health educators. But in today’s world, we certainly need them, but we need ones whose information squares with reality. And human nature being what it is, we will find some health educators running their practice as a profits-before-people business while having created the public perception of being honest, sincere, well-intentioned people. Fortunately, these folks are the exception and not the rule, but what if you have the misfortune of following one of them? How do you recognize and tease out the correct info from the misinfo? While it may not be easy because it will take some work, it is simple. Just apply the ethos of science mentioned above and learn as a researcher, and not as a student. Is it worth the effort? It all depends on how healthy you want to be. 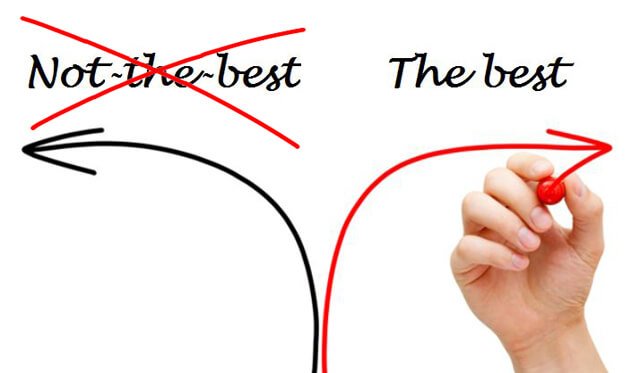 Don Bennett is an insightful, reality-based author and health creation counselor who uses the tools in his toolbox — like logic, common sense, critical thinking and independent thought — to figure out how to live so you can be optimally healthy. Don shares his enlightening and empowering information through his articles and books, available on Health101.org.