My son, Marco Ranzi, plays team sports, including baseball, soccer and tennis, but doesn’t partake in the junk food that is often associated with participation in these sports. After receiving a degree in sports journalism from Penn State University, Marco is entering the sports world as a model of healthy raw vegan eating.

I recently attended a professional baseball game at a large stadium. I hadn’t been to a game for many years and was horrified to see fast food offered at every stand. Hamburgers, hot dogs, pizza, meatballs, French fries, pretzels, Cracker Jack, cotton candy, soft drinks, beer and other fast foods abounded everywhere.

When I grew up in the 1950s and 1960s, I remember eating French fries that were served in a small white paper pocket. Neither my friends nor I made a whole meal of French fries. On this day at the baseball game, I saw people eating huge amounts of French fries served on large plates. A very important Swedish nutritional study completed at the University of Stockholm reveals that when starches form a golden-brown crust such as in French fries after being heated at high temperatures, they undergo a chemical reaction forming a carcinogenic plastic known as acrylamide.

Wikipedia states, “Advertising campaigns for fast-food restaurants have changed in their intent over time. Many modern campaigns stress the availability of healthy options after years of criticism for the harmful effects of a fast-food diet. The rise in awareness of healthy eating and obesity has negatively impacted the business of these establishments, and their marketing campaigns have attempted to rectify this.”

From what I saw while walking around the stadium, this did not seem to be a reality. There was no mention of any nutrient-dense fruits or vegetables anywhere. The obesity rate in that one venue was alarmingly high. Animal-based, processed and refined foods served at the stands were advertised repeatedly on the large, centrally placed stadium screen. It was easy to see that the meat and dairy council as well as processed food distributors have a large monopoly over what gets sold at sports events. You would want to think that good forms of exercise should coincide with the healthful foods that create healthy bodies. Fruit consumption is known to enhance athletic capability and performance, but fruits were nowhere to be found. 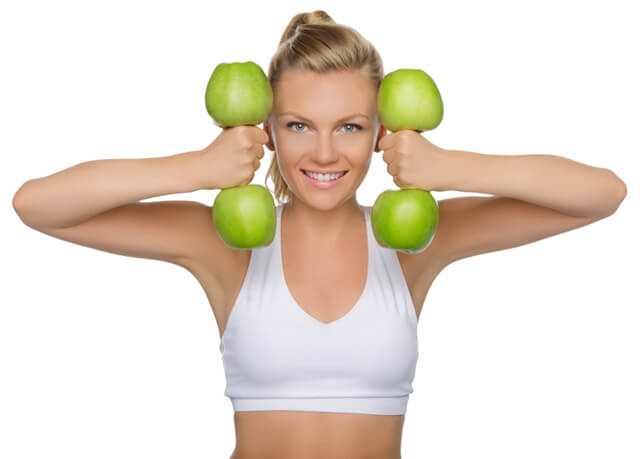 Unfortunately for today’s children, most fast-food chains target their advertising at children and teenagers, from whom they make a large percentage of their money. I still recall the many years of beef jerky, doughnut holes and potato chips served at my children’s weekly soccer and baseball games. There were the occasional orange slices, but these weren’t viewed as the fun snacks. Once I brought a big bowl of fresh organic strawberries for the end-of-game snack, and the children devoured them, but that didn’t lead to other parents’ bringing the same kind of healthful fare when it was their turn to bring snacks.

As the benefits of a raw food lifestyle become more widely recognized, let’s hope the public will understand that fruits and vegetables are the best foods to provide energy, stamina and lasting health.