Did you know that more women die of heart attacks than men? Overall, women’s health concerns, based on some key statistics, are of great importance. In 1960, one in 20 women developed breast cancer. Today, that figure is one in eight. In fact, breast cancer is the leading cause of death in women between the ages of 35 and 54.

More than 50 percent of women are overweight, and 30 percent are harmfully overweight. Obesity can lead to critical health issues, including type 2 diabetes, cancer, stroke, heart disease, asthma, birth defects, depression and much more.

One in four women has osteoporosis. And 75 percent of teenage girls fail to get the recommended daily intake of calcium in their diet to build strong bones. This is interesting in a society in which dairy is touted as the most calcium-rich food. The truth is that all the societies encouraging the highest amounts of dairy for calcium benefits are noted for osteoporosis: the United States, Switzerland, Scandinavia and Finland.

Women in their mid-40s and beyond are concerned about preventing symptoms of menopause. Recent studies are finding that hormone replacement therapy is more risky than the conditions it’s supposed to treat.

I noted some important health milestones as I approached the menopause years after 15 years following a whole-foods low-fat raw vegan lifestyle. First, after going fully raw in 1994, I no longer experienced painful menstrual cramps, which had me feeling very sick whenever I did get my monthly cycle, which was sometimes once a year. But, in 1994, my cycles became regular 28-day intervals but much shorter in length and much lighter, making it a real joy to be a woman!

The energy I have maintained over more than two decades as a raw fooder has itself been well worth staying with a raw food lifestyle.

When I first adopted a raw food lifestyle, I lost weight. Which wasn’t the best for me since I already have a thin frame. I was recommended by family members and friends to eat cooked food and especially more of the complex carbohydrates to gain the weight back. Instead, I stayed with a raw vegan lifestyle and was thrilled that the years I’d often heard would be so difficult were instead quite easy and joyful. It took about a half-year to gain the weight back that I’d lost when I initially went raw. Other women were experiencing symptoms that had wonderfully surpassed me: breast tenderness; fibrocystic breasts; significant weight gain, especially in the abdomen, hips and thighs; mood swings and depression; fibroids and thyroid dysfunction; hot flashes; etc.

Premarin is a commonly used form of estrogen used as a treatment during the menopause years. Dr. Neal Barnard, president of the Physicians Committee for Responsible Medicine, explains the details of taking Premarin in his article “A Natural Approach to Menopause,” published on PCRM.org:

For a woman going through menopause, the doctor writes out a prescription for estrogen pills or patches, saying they will replace the hormones her body ought to be making. … Premarin is a commonly prescribed estrogen preparation from Wyeth Pharmaceuticals. Although it’s described as ‘natural’ for women, it is actually a horse estrogen. … The trade name ‘Premarin’ is simply a condensation of the words pregnant mares’ urine— hardly a natural substance for human beings to swallow.

The process of getting this estrogen from horses is extremely cruel as it is taken toward the end of pregnancy, the horse is then reimpregnated, and the foal usually ends up as horse meat.

The doctor acknowledges that there is an increased risk of uterine and breast cancer [from estrogen pills], but argues that the benefits are worth taking the chance.

How tragic for both woman and horse.

Pre-teen and teenage girls as well as young adult women living a plant-based whole-food raw lifestyle with a variety of colors and nutrients receive the right amount of B vitamins, fats and minerals. This nutrient-dense diet of fruits, leafy greens, vegetables and small amounts of quality nuts and seeds will make sure these young women’s moods and hormones are in great shape, especially as they age gracefully through the years.

Menopause for traditional Asian women is much easier:

It’s also crucial to eliminate salt as it causes calcium loss via the kidneys. Eliminating salt can increase skeletal health.

In my interview with ethical vegan medical doctor Dr. Michael Klaper on The Power of Raw Foods Summit, which aired November 27 through December 22, 2017, he points out that dairy has no positive effect on the bones and, in fact, it is regular movement that plays a big role in preventing osteoporosis. Low physical activity is the major risk factor for osteoporosis.

Sunlight is also important for calcium absorption. I believe that if you live in a northern cold climate, you should try to take a vacation each winter in a warm sunny location to be outdoors and closer to the equator for the most natural production of Vitamin D. Dr. Michael F. Holick, in The Vitamin D Solution, states that “our bodies need a sensible amount of unprotected sun exposure.”

A low-fat raw vegan lifestyle, combined with regular physical exercise, sunshine, positive attitude and practices to reduce stress, is a healthful solution for women of all ages. 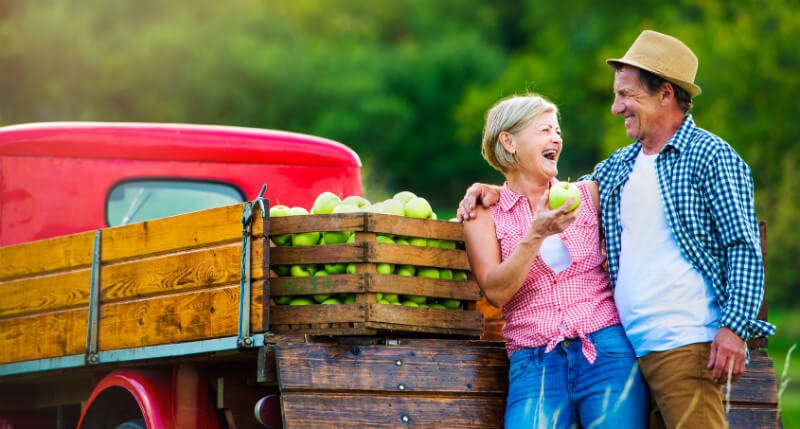