I recently received the following question from a mom needing clarification from all the confusion out there on how to raise healthy, well-nourished children. This is a question I frequently get. This one came from Kelly M. in a Facebook message:

Hi, Karen. I’m hoping that maybe you can help me based on your own experiences. I’ve heard several interviews with you over the years on how strongly you feel that our children should be raised on a raw food diet as much as possible. I definitely push the raw food as much as I can. I’ve been a vegetarian/sometimes vegan for the last 20 years. I have two young children, 1 and 4, and I’d originally wanted to raise them vegan, but they’re vegetarian. I’d always been so confident about it, but lately I am receiving information that’s making me second guess myself and my choices, basically that vegetarianism and veganism are unhealthy for children and somewhat dangerous, that our ancestors all ate omnivorous diets and that we are experimenting with our children when we raise them this way because no indigenous cultures or hunter-gatherer societies have ever thrived on purely vegetarian/vegan diets. What do you have to say about this? Do you have any science to help support raising children without meat and/or all animal products? Please share some of your wisdom if you can. I appreciate your time.

What I’d like to know is “Where is the science to the contrary?” How do you define “thrive?” It’s true that stupid veganism can lead to problems but so can a meat and animal food diet. It’s a neverending war of scare tactics intending to bring people into one’s own camp. We absolutely must follow compassion and prevention of the devastation of our environment. You can’t give your children animal flesh and heal the planet. There is too much research showing the vegan lifestyle is best for the future of our children and the earth. Please view the film documentary Cowspiracy to understand the scope of this health and environmental issue. 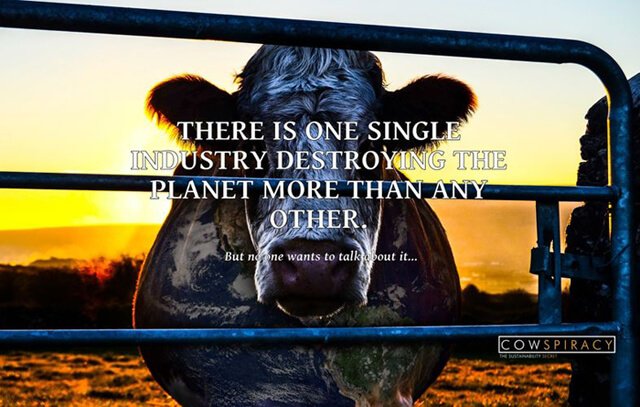 Some vegan parents have Vitamin B12-deficient children, and this gets a lot of rap from those promoting an animal food diet, even though B12 deficiency is seen across the board in all diets. In earlier times, our children would be getting enough dust and some tiny insects in their plant food, and the parents wouldn’t be washing the food obsessively like today, so the children would be getting adequate B12 in their food. A vegan diet for children must be made of organically grown whole plant foods, whereas most family vegan diets are made up of conventionally grown and processed foods, which are unhealthy for child development and often contain genetically engineered ingredients, harmful pesticides and monosodium glutamate.

According to anthropology professor Dr. Robert Sussman of Washington University in St. Louis, Missouri: “The idea of early man as a carnivorous hunter doesn’t jibe with evidence. You wouldn’t know it by current world events, but humans actually evolved to be peaceful, cooperative and social animals, not the predators modern mythology would have us believe.” 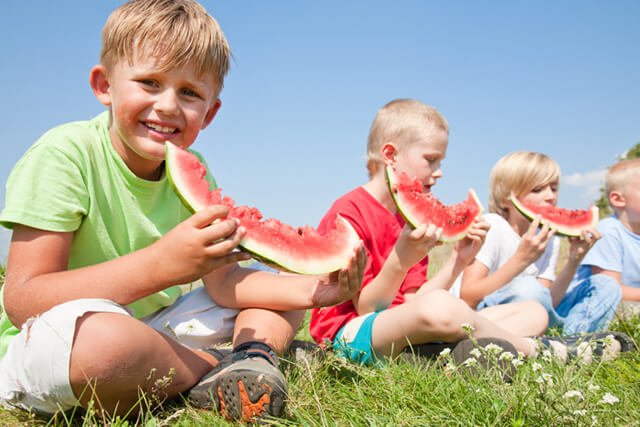 In his book, Man the Hunted: Primates, Predators and Human Evolution, Sussman goes against the prevailing view and argues that primates, including early humans, evolved not as hunters but as prey of many predators, including wild dogs and cats, hyenas, eagles and crocodiles.

Dr. Sussman says early man was not an aggressive killer: “Our intelligence, cooperation and many other features we have as modern humans developed from our attempts to out-smart the predator.” I hope this helps you get a more clear understanding of the historical, health and environmental aspects of raising healthy children. Thank you for your important question.

Following are only a few of the numerous comments I receive from parents telling me their health and healing stories of “raising healthy vegan and raw vegan children.” There is also below a note from a 10-year-old child who had a severe mucus condition for many years in which she was bedridden and coughing chronically. After becoming a raw vegan, she healed in a short period of time.

This is Fatun. I am feeling a lot better than the day I spoke to you, and I have been following what you told me to eat. We got your books—my mom and brother were basically screaming with joy. My mom said blessing has come to my house and these books will make my life sooooo much easier. I like the party foods. It looks delicious. Tonight is my Dad’s night to fix dinner, and guess what I will help him make? Pizzettes from your recipe and a big salad. Yum. On Friday, my mom, baby sister and I made a little indoor garden with kale, cherry tomatoes and lettuce, and today the lettuce came out. We are so excited. Thank you sooooooo much for helping me. It feels like my heart has been fixed. 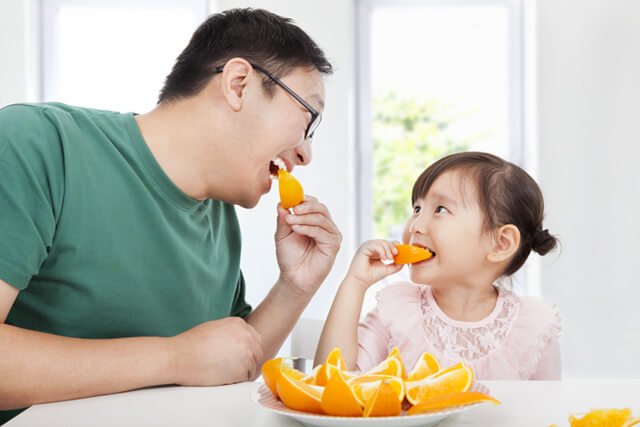 I started my son off on mashed bananas mixed with breast milk, then avocado, soft ripe pears, soft peaches. He would also gnaw at a piece of apple or pear wrapped in a muslin so he couldn’t choke on any bits. Creating Healthy Children is an excellent guide.

My son was really keen to eat whatever we ate, so moving to solids was easy for us. I think [his] being tactile and exploring foods in his own way with his own hands was key. All using the ‘Which Foods When’ guide in Creating Healthy Children. Ruined his clothes with stains, but I have a healthy, hearty preschooler now. 🙂

I would like to share our whole experience with you in brief and really thank you for all that you have blessed us with. We are really thankful that you wrote Creating Healthy Children, which is a true light to all families of the world. I know that our experience that follows may give hope to many.

Our son was hospitalized [with] Hirschsprung’s disease at birth. [He was] operated [on] thrice with colostomy, near the age of 1 year, and one-third of his intestine was removed. [He] left mother’s milk at the age of 1 year. [His] teeth show degeneration. [He] progressed well on a lacto-vegetarian diet but slowly developed severe immunity issues. At 2 years [and] 3 months, [he was] hospitalized again with sudden high fever, febrile seizure and blood infection for several days. [He] started pre-school at 2 years, 8 months, accompanied by mother. [He was] regularly administered seizure medicine on getting 99-degree fever. [He experienced] regular increasing cough, colds, fevers and stomach infections till the age of 3½ years. [He was] given antibiotics and steroids thrice a month with lots of blood tests, regular X-rays. During this time he was on a lacto-vegetarian diet, eating packaged foods, outside in restaurants and parties. 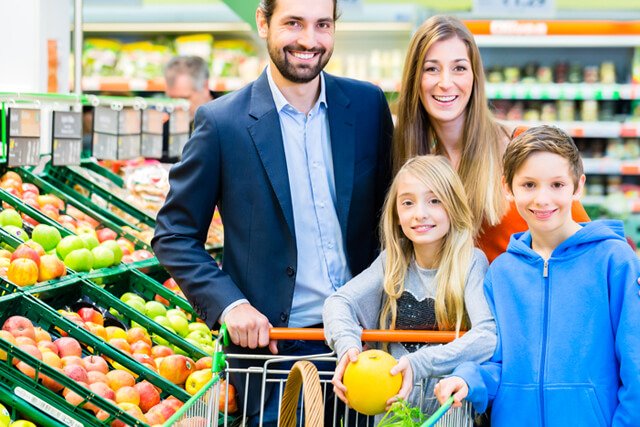 He improves significantly after receiving consultation from Mrs. Karen Ranzi. After a few months of excellent health on 100 percent raw, he starts to have some cooked vegetables and plain white rice, seeing the rest of the family. Health starts to go down again.

Mother lovingly puts him back to 100 percent fresh raw vegan diet appropriate to his age. At 5½ now, all his blood tests are excellent. [The] whole family accepts his lifestyle and support[s] him. He is a raw vegan by his own choice. He is a very active and socially confident child. His creativity and imagination have increased. He is very vibrant, and many people are mesmerized by him when they get to stay with him longer. Many kids and adults have taken to a 100 percent or high-raw vegan diet after meeting him and are truly benefiting.

Thank you, Mrs. Ranzi, for all your love and support. You are one of the greatest blessing in our lives,
Manu’s parents,
India

Karen Ranzi, M.A., of SuperHealthyChildren.com is an expert on nutrition, family development and raising healthy raw children. She has led a low-fat raw vegan diet since the mid-1990s and is the author of Creating Healthy Children: Through Attachment Parenting and Raw Foods, also available in Barnes & Noble and Whole Foods Markets, and Raw Vegan Recipe Fun for Families: 115 Easy Recipes and Health Tips for Energetic Living. Karen is the director of the Raw Vegan Coaching Certification Course on FeelFabulousWithFood.com. Karen also lectures and consults on the raw food diet and lifestyle. Read all Karen's The Best in Family Health columns for Fruit-Powered Magazine. Email Karen and join her monthly e-magazine, featuring articles, tips and recipes.