Every cell in our body has a need for iodine, some parts needing more than others. If you’re wondering why I’ve chosen to write about iodine when there are so many nutrients I could have picked, it’s because iodine is one of the “Big 3” most problematic nutrients, the other two being B12 and D. And it’s probably the biggest simply because the iodine problem we have today is not nearly as well-known as the B12 and D issues, and, therefore, lots of people who have paid attention to their B12 and D are walking around with an iodine insufficiency/deficiency. And since lack of enough iodine is a contributing factor to many of the preventable conditions that plague our societies today, it’s a biggie. But, fortunately, its importance is becoming more well-known, albeit slowly. 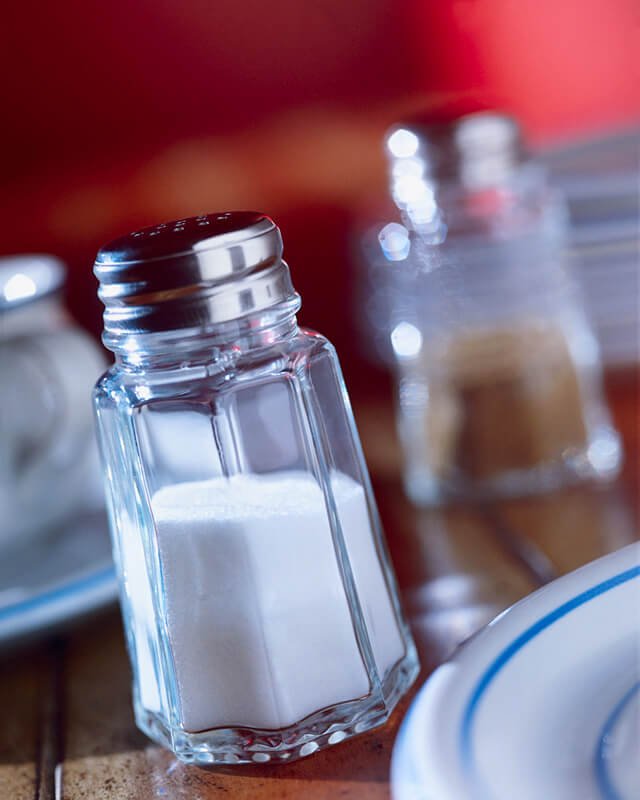 When it was discovered that it was a lack of enough iodine that was causing the near epidemic of goiter—an enlarging of the thyroid gland—governments decreed that iodine be added to popular foods (through the fortification process, much like B12 and D). In the case of iodine, the best “transport mechanism” was table salt—it was easy to attach iodine to salt, and everyone was using it. Problem solved; no more goiter or cretinism (babies born with lower than normal IQs). But the problem with solving a problem in this manner is that the amount of iodine that was added to the population’s diet was enough to only prevent a condition associated with the most severe form of iodine deficiency; as it turns out, it wasn’t enough to supply the body with adequate iodine for optimal functioning (a huge takeaway point). But because sub-optimal functioning is not as easily noticed as something serious like goiter, this was kind of an “out-of-sight-out-of-mind” issue. And it wasn’t as if the other health problems associated with lower-than-normal iodine levels weren’t being addressed because the medical-pharmaceutical industry was on top of that. Hormones for a suboptimally functioning thyroid and other drugs and treatments for things like fibrocystic breast disease; thyroid, breast, prostate and ovarian cancers; asthma; atherosclerosis; COPD; diabetes; headaches; liver diseases; ovarian cysts (PCOS); and abnormal weight. But wouldn’t a better way to deal with these conditions be to prevent them? My colleagues and I would say so, but some people in the aforementioned industry might disagree, and maybe that’s why iodine levels aren’t checked when you’re given standard-of-care Thyroid Function Tests (like TSH, free T3 and free T4). You’d think since the link between a malfunctioning thyroid and insufficient iodine has been known for quite a while that any set of thyroid lab tests would include an iodine test—but they don’t. Makes you wonder, doesn’t it?

If you were to get the medical test done where you drink a liquid that contains iodine and then stand in front of a fluoroscope, you’d see all the places that “concentrate” iodine. It’s no surprise that the thyroid lights up like a Christmas tree; the No. 2 customer is breast tissue. And closely tied for third place are the eyes, bones, an area in the brain and all the other glands including the thymus gland, whose job is to produce T-Killer cells, which are the body’s natural defense against “cancer” as we know it today. An important gland? You bet it is! Would you want it to have sufficient iodine so it could function optimally? I would. And I do.

Why Don’t We Get Enough?

The reasons why most of the world’s population isn’t getting enough iodine are many and are not the focus of this particular article, but I will mention that the phrase “supply and demand” describes the problem pretty well. And since readers of Fruit-Powered Magazine are no strangers to the topic of environmental toxins, I’ll just mention that the body’s iodine demand goes up when toxin intake goes up. And then factor in the other substances in the iodine family also going up, like chlorine, fluorine and the biggest iodine competitor, bromine. I use the term “competitor” because some substances similarly structured to iodine, like bromine, can take up residence in cell receptor sites intended for iodine, so even if there were enough iodine in your diet (which there isn’t), if the iodine has no where to “park,” it gets excreted, and you wind up with an iodine deficiency courtesy of a combination of too much iodine competitors, too much of the environmental toxins that are difficult to avoid and too little iodine in the foods we eat because of the way they’re grown. And it’s ironic that as we move away from an unhealthy product—iodized table salt—and our health improves in one area, but it goes down in another because we lost a source of iodine. True, it was only enough iodine to prevent widespread goiter and cretinism, but without even that amount, we’d likely see an increase in thyroid problems and babies being born with lower IQs … and guess what, between the reduction in dietary iodine and the increase in halogens (the family of iodine, chlorine, bromine, fluorine) that’s exactly what we’re seeing, along with increases in breast and prostate cancer. With the increase in iodine-related conditions and more demand for dumber and dumber movies, those who know what to look for are seeing a trend, and it doesn’t bode well. Now you see why I’m focusing on iodine.

What You Can Do About It

So knowing what you now know, you might be tempted to treat this relative of B12 and D in much the same way: find a good “how-to” article about self-assessing and self-correcting an iodine deficiency, and have at it. But unlike B12, where you really can’t mess up (unless you don’t take enough to resolve a deficiency) iodine is not as straightforward and shouldn’t be treated as a DIY project. And this is because there are many ways to go wrong, and some of them can actually get you into trouble. One example would be your body’s producing too much hydrogen peroxide because a safe therapeutic amount of iodine was taken but there wasn’t enough of one of iodine’s co-factor nutrients. Or you didn’t get tested first and simply decided to take some iodine but your body has a problem with its sodium-iodine symporter mechanism, so the iodine you’re taking is being urinated away as fast as you take it, unbeknownst to you. Or you did the popular yet diagnostically irrelevant iodine skin test, which, you decided, meant you were okay iodine-wise, even though you weren’t. Or you might have assumed you can get all the iodine you need from dulse or kelp (incorrect for a number of hard-science reasons). Or maybe you took an iodine supplement that didn’t have both forms of iodine (when something starts to become popular, the worthless and woo-woo supplements will hit the shelves). I could write an entire article on this very important topic alone, but let it suffice to say that the best way to deal with the iodine issue is with the guidance of an iodine literate health practitioner. The good news is, this can be done via e-mail, and the best iodine test can be done at home and mailed to a lab. The unfortunate news is that there are only three labs in the world that do the most diagnostically revealing iodine test, and that the vast majority of health practitioners are not iodine literate. But at least you know of one.

Don’s been eating an all-raw fruit-based diet for over 20 years, and even with consuming sea vegetables, he had an iodine deficiency. Don has more enlightening iodine information on his website, Health101.org.