I have been a practicing raw food lifestyle author and coach since 1996. My other career, as a speech and language pathologist, has spanned four decades of working with children who have communication disorders. I find that my two careers are very much in sync with each other, as diet and lifestyle changes contribute powerful changes needed to heal autism and other communication challenges.

In 1977, when I began my first job as a speech therapist, I don’t recall observing many children displaying the symptoms of autism. In fact, it’s been reported that 40 years ago, the autism incidence rate was 1 in 10,000 children, whereas today in my home state of New Jersey, the rate is 1 in 49 children. Among boys, the prevalence is almost five times greater than girls, and I am referred many more boys than girls. The autism epidemic rate is expected to continue to increase so that by 2030, half of American children will fall on the autism spectrum, and it’s predicted that by 2050, 90 percent of American children will be on the autism spectrum—quite shocking news for our country’s health prognosis.

For the past 15 years, I have worked at a school with children with autism, from elementary age through high school and up to age 21. I have seen clearly how autism can devastate family life and the potential of the individual on the physical, mental, emotional and spiritual levels. 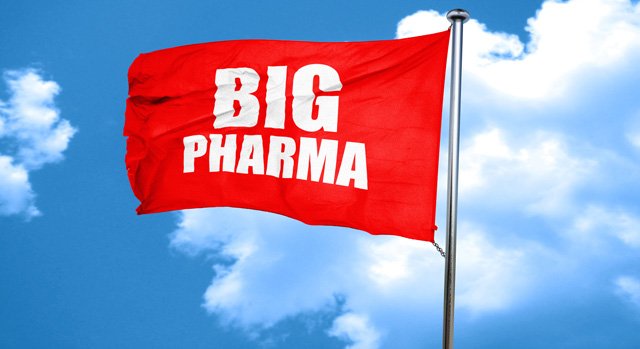 Many of these children will not be able to function in society, to speak or communicate effectively, and most will eventually live in group home institutions funded by taxpayer money. The projected tragedy is that the growth of autism in civilized nations points to an alarmingly significant fact: The future of our countries are at major risk of collapse when a society can no longer function.

What is mind-boggling is that Big Pharma and the medical establishment do not acknowledge that as antibiotics and vaccine usage grows, so do the rates of autism and Asperger’s Syndrome.

Antibiotics kill bacteria but not yeast. The yeast then grows to fill in the space left by the removal of the bacteria. The chemical compounds formed by the yeast can spread to any organ of the body and up to the brain. These chemicals can cause mental symptoms. Slowing of the brain can also happen in speech areas. I have found in my practice that half the children on the autism spectrum are nonverbal.

Every year in June, I supervise 25 graduate students in speech and language pathology as they enter a communication-based pragmatic camp program in Vermont and work with children on the autism spectrum and their families, who attend the program together. It’s the only program I know of that brings in a strong family dynamic. 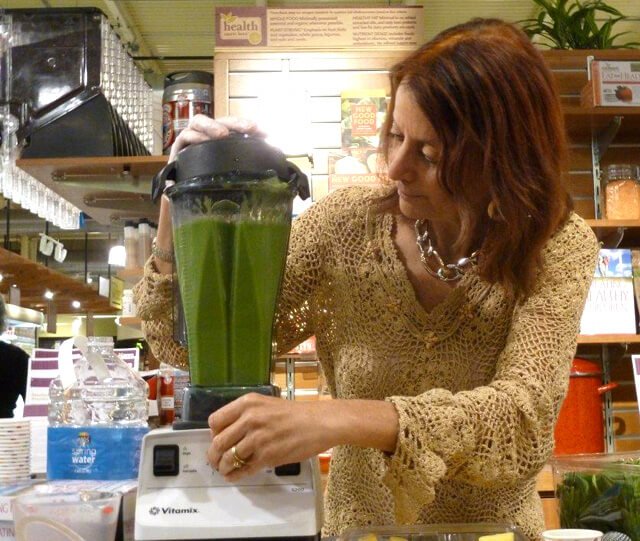 Every year for the past eight years, I teach a class on plant-based nutrition, how to increase raw living plant foods and the benefits of a gluten- and dairy-free lifestyle focused on fresh whole foods. Some of the parents speak to me about starting with their children a gluten- and casein-free diet, which involves no glutinous grains or dairy products. These parents have explained the excellent benefits of the removal of these food products in their children’s communication, speech, attention and behaviors.

I recommend going even further, to a lifestyle of all plant foods, only whole foods and mostly or all uncooked whole plant foods.

Many children on the autism spectrum have a strong reaction to the aflatoxin in peanuts, so it’s eliminated. Corn and chicken are contaminated with mold as well. Once parents know this, they are often willing to start making dietary adjustments.

Studies in mainstream journals are now linking the autism epidemic in the United States to the standard American diet. Severe mineral deficiencies are the result of processed and refined foods that contain such toxic ingredients as HFCS (high-fructose corn syrup), which can play a huge role in how the body gets rid of toxic chemicals such as mercury and pesticides. HFCS is also linked to dietary loss of zinc and calcium, leading to a loss of the ability to detoxify lead and heavy metals such as mercury, arsenic and cadmium. 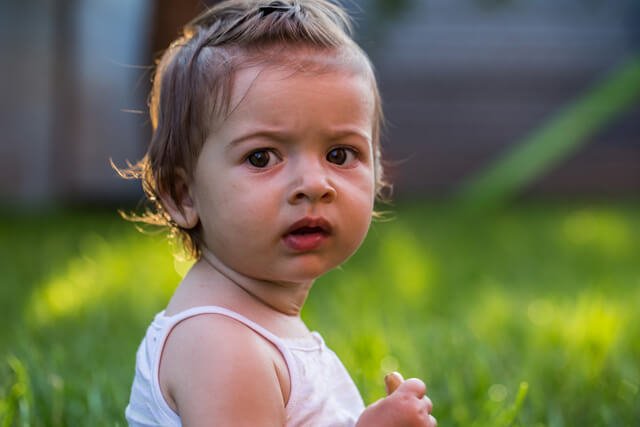 A friend and researcher interested in autism pointed out interesting studies on mercury detoxification. Hair samples of a control group of children and a group of children with autism were taken. The results found traces of mercury in normally functioning children’s hair whereas mercury was not detected in hair samples of the children with autism. From this information, conclusions were drawn that the autistic children demonstrated difficulty detoxifying or were unable to detoxify the mercury from the vaccines, leaving them with no trace of it in their hair.

Author Tony Wright of the United Kingdom, one of the former presenters at The Woodstock Fruit Festival, has emphasized the importance of a high-fruit diet for the enhancement of brain cells in his book Left in the Dark. Dr. Michael Gregor, in his book How Not to Die, recommends cruciferous vegetables for sulforaphane, also enhancing brain development. I believe these powerful plant foods can turn autism around, and I have seen it clearly in my work with children with autism.

It is my belief, and it is coming out in scientific papers and books over the past decade, that autism is the culmination of toxic load factors. Some of the many toxic load factors are: vaccines, antibiotics and other drugs; poor diet and lifestyle during pregnancy and after; chemical exposures; a mothers choosing formula over breastfeeding for her baby (formulas are loaded with chemicals and are very low in vitamin and mineral content from synthetically sprayed powders); not enough skin-to-skin contact for brain development so crucial especially in the first year of life (See pages 393 through 402 of Creating Healthy Children: Through Attachment Parenting and Raw Foods); and Caesarean section delivery with the chemicals often involved in the birthing process. 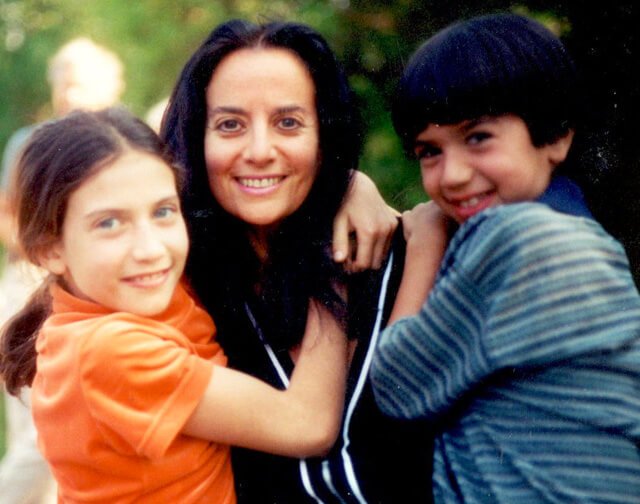 What I didn’t realize until five years ago was that I may have unknowingly saved my own two children from autism. In the book Envisioning a Bright Future: Interventions That Work for Children and Adults with Autism Spectrum Disorder, Patricia S. Lemer explains risk factors for autism. Although this book is not about a plant-based raw food lifestyle, there is some important information about the cause of autism and some modalities for healing. Among the many risk factors are the following:

My first child, my daughter, had severe reactions to the first three DPT shots (before I was fully aware of the dangers of vaccines). Her leg blew up into a boulder all three times following the shot. After the third reaction, which led to a high fever, red face and three days of screaming, I refused to believe the pediatrician when she said this was a normal reaction. I stopped vaccinating and began researching. Fortunately, I stopped vaccinating my daughter back in 1988, just before the administration of the dangerous triple vaccine, MMR (measles, mumps, rubella) which is traditionally given around 18 months of age. I may have saved my daughter from autism since it’s now known that children who experience severe earlier reactions to vaccinations are at higher risk of developing autism following the MMR vaccine.

Even those who don’t demonstrate immediate reactions, however, are at risk later. Dr. Judy Mikovits, a biochemist and government scientist, explains that autism is associated with vaccines but also cancers, chronic fatigue syndrome, Alzheimer’s, autoimmune diseases, allergies and much more, and that the chemical cocktail of vaccinations pumped into babies will develop months and years down the track into new viruses, cancers and diseases.

My second child, my son, had asthma, chronic ear infections and multiple allergies the first three years of his life. He was never vaccinated, and instead we adopted a healthful raw vegan lifestyle of green juicing and raw living plant foods when he turned 3 years old. Before that time, we were vegan but eating processed food and mostly cooked foods. Ten months after adopting a healthful raw vegan lifestyle, he was completely healed of this autoimmune disease. Because ear, sinus and allergy problems are at high risk for autism, I learned later that I may have also prevented my son from getting autism by not vaccinating him. A vaccination would have added another layer of toxicity over his already complicated condition.

Although I see clearly how these toxic load factors can lead to autism, I look at the healing of autism spectrum disorders in a positive light. Because of my understanding of autism as a communication disorder, as a speech-language-feeding therapist, I work with families who are ready to take the necessary steps to turn the symptoms around through diet and other lifestyle factors. One part is to understand the ingredients in vaccines. One cannot be a vegetarian or vegan if vaccinating, as there are numerous animal ingredients in vaccines. 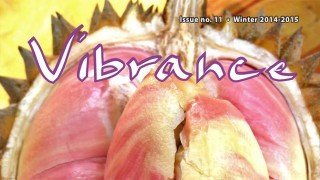 Read Brian Rossiter’s story on the skyrocketing autism spectrum disorder rates in the United States and their connection with vaccines.

Below are a couple of testimonials from families I have worked with. I can be reached through the contact page of my website, SuperHealthyChildren.com, or by calling 201–934–6778. I’m in the process of writing my third book, on healing autism. If you are interested in updates on this book, sign up for my website’s newsletter.

Karen, I wanted to update you on the progress my 4.5-year-old son has made. We started the raw diet about 10 months back under your guidance. We are about 90 to 95 percent raw. We do a lot of fresh fruits, green smoothies and very little fats in the night. He has improved in so many ways:

We love this diet and are going to continue tweaking it for more and more healing from autism symptoms. Currently, we are adding some green juices and like what we are seeing.

Thanks so much for your guidance and continued support! Your valuable experience with your own kids and others is helping us and so many! We will continue to work with you.

Allow me to call you doctor. I do not mean it in the conventional sense. You are the real raw doctor with insight who does not do harm to patients. My son has been doing well. He receives a green smoothie daily and fruit for lunch and a big salad with his dinner in the evening. I stopped the mad science project from that doctor. Words cannot describe how indebted I am to you. After implementing your nutritional prescription, my son is more alert, making eye contact, participating and interacting well.

Thank you,
Camille B.

Karen Ranzi, M.A., of SuperHealthyChildren.com is an expert on nutrition, family development and raising healthy raw children. She has led a low-fat raw vegan diet since the mid-1990s and is the author of Creating Healthy Children: Through Attachment Parenting and Raw Foods, also available in Barnes & Noble and Whole Foods Markets, and Raw Vegan Recipe Fun for Families: 115 Easy Recipes and Health Tips for Energetic Living. Karen is the director of the Raw Vegan Coaching Certification Course on FeelFabulousWithFood.com. Karen also lectures and consults on the raw food diet and lifestyle. Read all Karen's The Best in Family Health columns for Fruit-Powered Magazine. Email Karen and join her monthly e-magazine, featuring articles, tips and recipes.