Censorship Is Making It Harder Than Ever to Find Natural Health Content. Help Your Family and Friends Plus Fruit-Powered by Sharing!
💛 Complete the Circle of Giving by Supporting This Content! 💛
Shop in the Fruit-Powered Store
Donate to Fruit-Powered
The Happy Healthy Vegan YouTube channel was created by me, Ryan Lum, and my partner, Anji Bee. We are a married vegan couple who have been working professionally in music, podcasting, vidcasting and social media for seven years.

Our show arose organically because of the interest of friends, family and fans of our band, Lovespirals. Anji had always shared photos of her vegan meals via social media, and folks often asked her to share the recipes with them. People also took note of how slim and fit we are—especially for a couple in their 40s. As time went on, I spent an increasing amount of time replying to e-mails asking questions about our diet and exercise routines. That’s when it occurred to me that we would be able to help more people and much more efficiently by using our media skills to create YouTube videos with this type of information. Thus, we created Happy Healthy Vegan in April 2013 to fill this need.

By February 2014, our Happy Healthy Vegan YouTube channel has grown to 6,000 subscribers and a quarter-million views. Our constantly evolving show covers a wide variety of topics important to a vegan lifestyle, including low-fat vegan recipe demos (raw and cooked dishes), fitness tips, interviews with vegan personalities, debunking of vegan health myths as well as discussions of entertaining topics such as whether or not Harley Johnstone, a.k.a. “Durianrider,” of 30BananasADay.com is a mind-controlling cult leader.

Quite simply, what makes Happy Healthy Vegan unique is our focus on finding one’s balance as a high-carb, whole-food, plant-based vegan. We urge our viewers to use critical-thinking skills when approaching their diet and lifestyle rather than simply following the dogma set out by any one book, program or diet guru. Furthermore, we encourage people to work on improving themselves holistically because how much good can be had by following a healthy diet if one is neglecting one’s body with a sedentary lifestyle or neglecting one’s spirit with a life lacking purpose, devoid of a spiritual practice? Although we strive to spread a serious message of health, we inject humor and a certain “chill vibe” that our viewers really seem to enjoy. 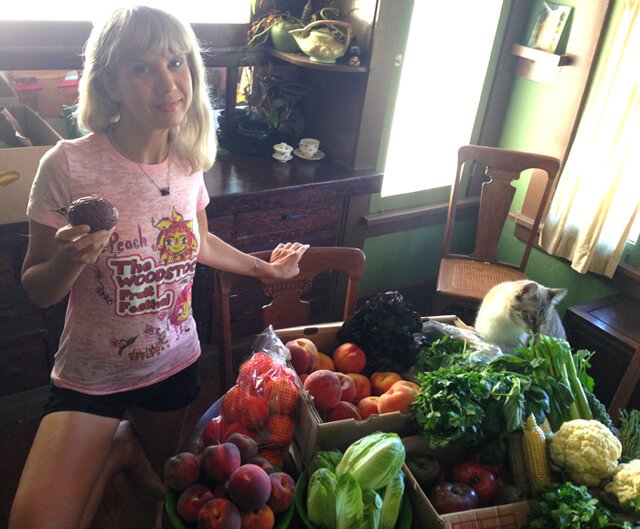 Happy Healthy Vegan takes a moderate approach to the 80/10/10 lifestyle. We eat a mostly raw diet: Our weekly purchases of 100 pounds of bananas, mangoes and local dates attest to that. Yet, we have no misgivings about eating steamed or boiled local organic potatoes and vegetables obtained weekly from our farmer’s market. As much as we love imported tropical fruit, we find it rewarding to support local farmers, many of whom know us by name. Fruit is at its best when it has been left to properly plant ripen, which you can get only with local fruit. As interesting and exotic as a frozen durian may be, it can’t touch the amazing flavor of our local cherries, peaches and mullberries at the peak of their respective seasons. 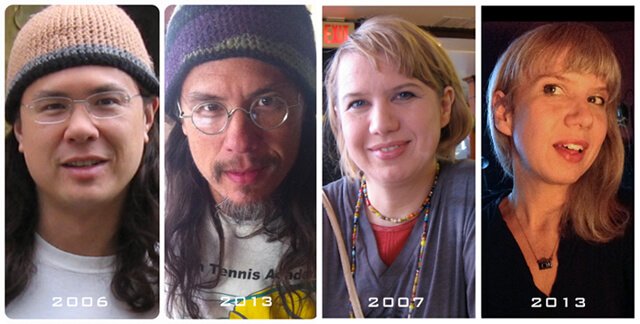 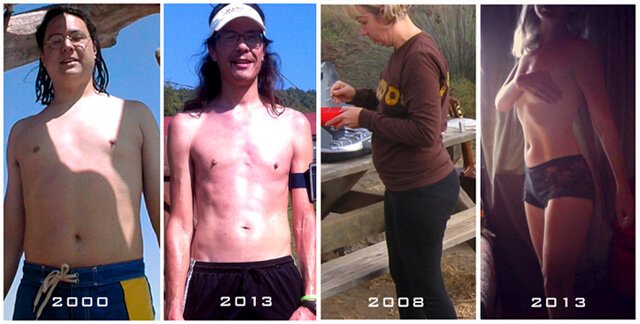 People often ask us what led us to the high-carb vegan diet and lifestyle. It’s a difficult question to answer because we’ve been on our health and diet journey’s for quite a long time. For example, Anji has been a vegetarian since 1985. I was always the tall skinny kid while growing up, but I surprisingly found myself overweight and out of shape in my early 30s. It was then that I first became interested in food and how it affected my energy and weight. When I first stood on the scales at the gym in 2000, I weighed 240 pounds. I was able to lose 30 to 40 pounds over the next few years by eating a predominantly vegetarian diet along with playing basketball regularly.

It wasn’t until I read The 80/10/10 Diet and adopted a 100 percent vegan, high-carb, mostly raw diet in 2010 that my fitness reached a new level. My body settled into its current weight of about 175 pounds, and my athleticism has gone through the roof: I have more speed and endurance on the tennis and basketball courts than ever before. Anji’s weight dropped from 140 back to her high school weight of 114. But more impressively, she cured her acid reflux, irritable bowel syndrome, eczema, constipation and allergies.

For exercise, we each have found our particular methods that work for us. For me, the athlete of the duo, each day begins with Kundalini yoga while also trying to get in some running, cycling, surfing, basketball or tennis. I don’t train to be an elite athlete; I do it as a fun personal challenge. Anji gets most of her exercise from yoga, dancing and riding her bike around town. Neither of us spends an excessive amount of time exercising. We believe it isn’t the hours and miles we put in weekly that matter nearly as much as the food choices we make on a daily basis as far as maintaining a thin, fit physique. 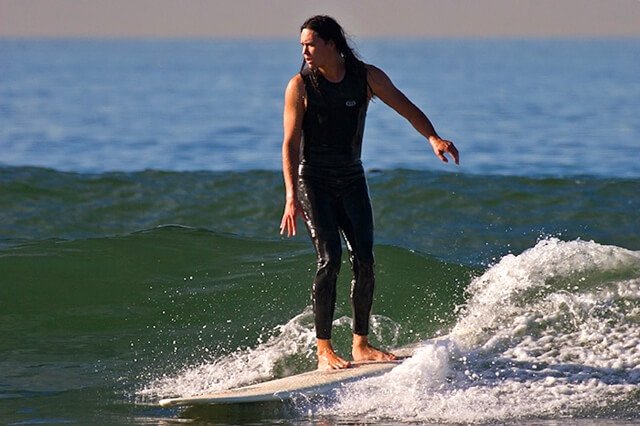 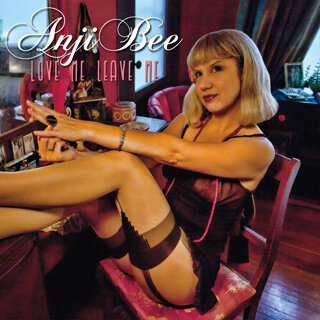 Happy Healthy Vegan isn’t our one and only creative collaboration together. We’ve been making music together since 1999; our band, Lovespirals, has released four albums and dozens of singles and remix EPs. In addition, Anji released her first solo album, Love Me Leave Me, in December 2013. Our music is featured in our videos, adding another fun dimension to the show.

For 2014, our plan for Happy Healthy Vegan is to continue making our distinct style of videos and grow our audience while always looking for ways to improve our show’s content and production quality. An e-book of Anji’s recipes is also on the drawing board. Hopefully, we’ll see you all at Thai Fruit Festival in July! Until then, remember to keep it carbed! 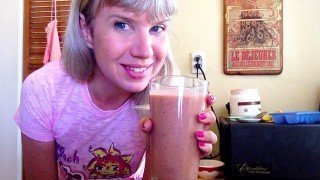