Upon entering my suburban driveway, I smell the flesh of animals being barbecued outside both homes flanking mine. Itʼs a putrid chemical smell that feels toxic in the air and makes me wish we lived at a greater distance from our neighbors.

There are formidable dangers associated with barbecued meats. The dangers lie in the way the processed slaughtered animalʼs flesh cooks over the flame. When juices cook in meat (dead animal flesh), “Hetero-cyclic Amines” (HAʼs) form. The hotter the flame and the more well done the meat, the more HAʼs form.1

When drippings hit the heat source, “Polycyclic Aromatic Hydrocarbons” (PAH) form and rise with the smoke. They get deposited on the so-called food (meat, animal flesh). Both compounds (HAʼs and PAH) have caused cancer in animal studies.1 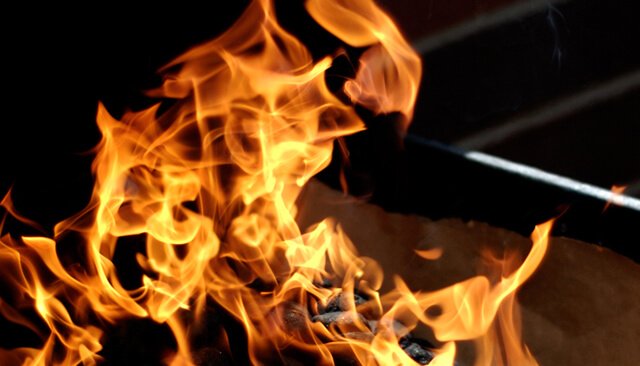 The fluid used to fuel barbecue grill fires is petroleum. The can reads: “Danger—harmful or fatal if swallowed!” The second warning on the can says: “CAUTION: combustible mixture.” “Combustible” means “to catch fire and burn quickly.”1 Who, in his or her right mind, I often wonder, would want to use chemicals that cause combustion. It makes me think of the resulting combustion inside the human body. Many of us are programmed to practice toxic lifestyles, reinforced by media propaganda and allegiances to recent popular food traditions. Barbecuing is one of the most toxic ever.

These toxic compounds are combustible and extremely dangerous. The more the flesh is cooked, the more dangerous it becomes. Colon, breast and rectal cancers are related to barbecued meats. Even barbecuing soy meat, soy hot dogs and other mock meats is as dangerous as barbecuing animal flesh.

The “Five Worst Foods to Grill,” as determined by The Cancer Project, are chicken breasts, steak, pork, salmon and hamburgers. Many people switch to chicken and fish, believing these to be healthier alternatives to beef. But that is not the case.2 Heterocyclic amines form when a combination of creatine (a specific amino acid found in muscle) and sugars, both found in meats, are heated during cooking.3 On the grill, chicken produced more than 10 times the amount of the carcinogenic heterocyclic amines than were found in grilled beef and has been implicated in breast cancer. Fish also contains significant amounts of creatine, one of the other main ingredients in the formation of the carcinogens.1 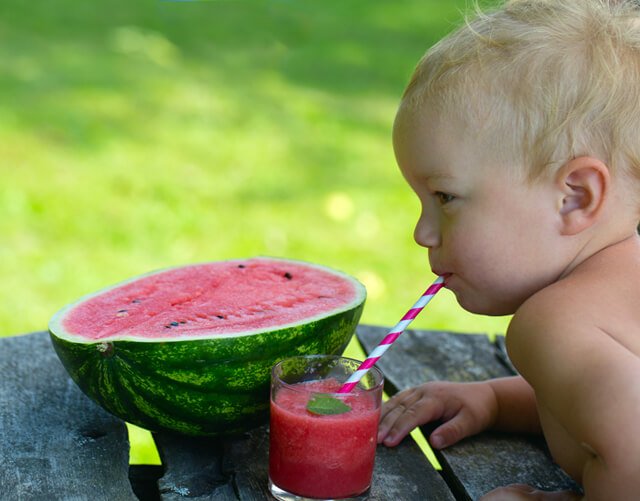 A 14-year-old girl died from breathing in fumes from a disposable barbecue that the family was using to generate warmth after temperatures had plummeted while they were sleeping during a camping trip. Barbecues give off fumes for hours after use. Other campsite deaths have also occurred due to victims’ suffocating from carbon monoxide poisoning from the barbecue fumes. It is especially dangerous to use a gas barbecue inside a tent. Carbon monoxide is unnoticeable and can kill quickly with absolutely no warning.

Summer evenings and social family gatherings bring the barbecue to mind for so many. There are dangers, however, both to humans and pets, not to mention the tortured animals that get grilled. “How intelligent is it to be cooking slaughtered animal flesh, usually the remains of some murdered pig (pork), cow (beef), or fowl (chicken), all the while using petroleum to keep the flame lit?”1 The dangers abound: the carbon monoxide produced, small children getting burned from touching the hot grill, the use of gasoline to start the coals that can cause an explosion, and wires from brushes used to clean the grill that can be eaten along with the meat, causing internal damage.

When will people understand that these barbaric barbecues are the cause of much cancer that we see today? Choosing plant-based foods, especially those that are eaten fresh, decreases cancer risk. Fruits and vegetables are low in fat and high in fiber, containing antioxidants that fight against cancer. “Carotenoids, pigments that give fruits and vegetables their dark colors, have been shown to help prevent cancer. Beta-carotene, present in dark green and yellow vegetables, helps protect against lung cancer and may help prevent cancers of the bladder, mouth, larynx, esophagus, breast, and other sites.”2 Many scientific studies have established that diets rich in fruits and vegetables not only have important cancer prevention aspects but create an increase in health and happiness.