Parasite zappers such as Terminator Zappers from Don Croft may help you cast off parasites by extinguishing bacteria, viruses, fungi and worms in the body.

Price includes shipping only to the 48 continental U.S. states. Please contact me if you are overseas and would like to make a purchase.

Tag: Healing
Censorship Is Making It Harder Than Ever to Find Natural Health Content. Help Your Family and Friends Plus Fruit-Powered by Sharing!
💛 Complete the Circle of Giving by Supporting This Content! 💛
Shop in the Fruit-Powered Store
Donate to Fruit-Powered

Parasite zappers such as Terminator Zappers from Don Croft may help you eliminate parasites by destroying bacteria, viruses, fungi and worms in the body. Many health experts who’ve studied parasites believe all people suffer from parasite infestation during their lifetimes.

How Parasites Work and Why Terminator Zappers Can Be Effective

Parasites are positively charged, and unhealthy tissue in the body is also positively charged, according to Don Croft, who developed parasite zappers, including his Terminator Zappers and other models, from 1996 to 2017. The introduction of weak electric current through zappers such as Terminator Zappers can destroy parasites by reversing parasites’ polarity. Negative ions are added to encourage diseased tissue to heal. Healthy tissue is negatively charged.

Parasites cannot defend their positive polarity (shortage of electrons) against the introduction of simple direct current and die very quickly. Negative ions will repel parasites whether electric current, magnets or orgone generates the ions. Parasites not only die when subjected to electricity but disintegrate and are easily assimilated as harmless nutrients or eliminated.

Don Croft on the Power of Terminator Zappers

“Somebody suggested I put a crystal in the zapper, so I did that. I put a simple crystal and wrapped it in wire that goes to the positive lead. It’s not part of the circuit. The cure rate for everything took a jump. People who were hypersensitive to energy—hypersensitive, that’s a sickness—it’s a weakness. They were more comfortable with the one that had the crystal in it.”

All zappers have the power to destroy the entire range of bacteria, viruses, fungi and worms in the body by vitalizing their environment: blood, lymphatic fluid, cerebrospinal fluid, urine, sweat, mucus, intestinal contents and even inside the eyeball.

Don Croft Explores the Power of Parasite Zappers and Terminator Zappers
Enjoy This Illuminating and Inspiring Content? Show Your Love by Sharing!
💛 Complete the Circle of Giving by Supporting This Content! 💛
Shop in the Fruit-Powered Store Donate to Fruit-Powered

There are no reviews yet. 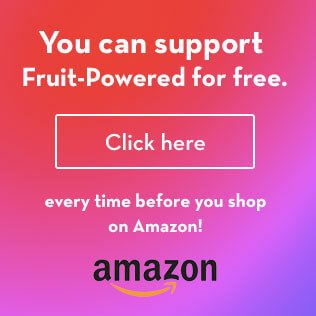