Censorship Is Making It Harder Than Ever to Find Natural Health Content. Help Your Family and Friends Plus Fruit-Powered by Sharing!
💛 Complete the Circle of Giving by Supporting This Content! 💛
Shop in the Fruit-Powered Store
Donate to Fruit-Powered
Since I can remember, I have always had a “healthy appetite.” No matter what anyone put in front of me, I always wanted all of it to go into my face. I was still a pretty lean kid despite this. But my eating habits would catch up to me at a very young age.

My digestive issues awakened when I was 14. Very suddenly, I started having constant headaches, gas and abdominal discomfort. I was making lots of trips to the bathroom, losing energy and struggling to stay in sports. I was eventually told that I had become lactose intolerant. Avoiding dairy gave me very little relief. At 16, a gastroenterologist told me I had irritable bowel syndrome, a diagnosis I came to realize meant “We don’t know what’s wrong with you, and we don’t intend to fix it.” I was then given a daily fiber supplement, which seemed to make things only worse. No matter what I ate, I felt awful, and further trips to the doctor yielded no more results. I had weighed 170 pounds during most of high school, but with little energy and poor athletic recovery, I abandoned exercise and started putting on weight.

I began to think that I should just eat whatever I wanted since I was already doomed to constant sickness. So I did. I went to college in fall 2002 and ate anything and everything that I found at the dining hall buffet. My diet consisted mostly of eggs, oil-laden pasta, french fries, burgers, pizza, grinders and wings, all dripping oil, cheese or cream dressings. I almost constantly drank alcohol and smoked marijuana to numb myself from the headaches, body pain, erratic bowl movements, heartburn, nausea, dry heaving and sleeplessness. Coffee, soda and extra-large energy drinks kept me moving, but just barely. At the end of my freshman year, I was 19 and tipping the scales at 255 pounds. 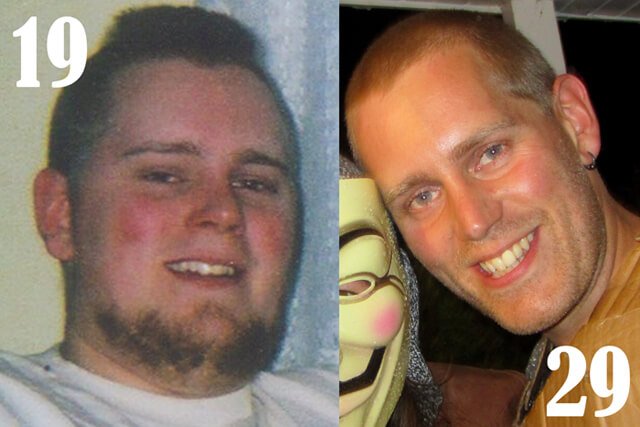 In my sophomore year, I had a vegan roommate, so a lot of vegans and vegetarians came through house. He frequently hosted vegan dinners, which I of course participated in because I loved eating. Then I realized that I didn’t feel so bad after these vegan potlucks, even though I would put away a ton of food. All the pain and discomfort I experienced was significantly reduced even when eating standard high-fat cooked vegan food with no thought put into food combining. Despite this realization I didn’t change my diet much. After all, how could I? I was the sort of guy who would knowingly offer his vegan friends the most grizzly processed meat products, while swilling down 40-ounce beers and taking bong rips. It would be 10 years before I finally became vegan.

After realizing the ruin I had brought myself to, I abandoned my on-campus meal plan, started cooking for myself and struggled with my substance abuse. As I lessened the assault on my body, it became apparent to me that I had so much widespread body pain and digestive discomfort that I could no longer sleep without being intoxicated or entirely exhausted. This was a big problem, and things had to change. 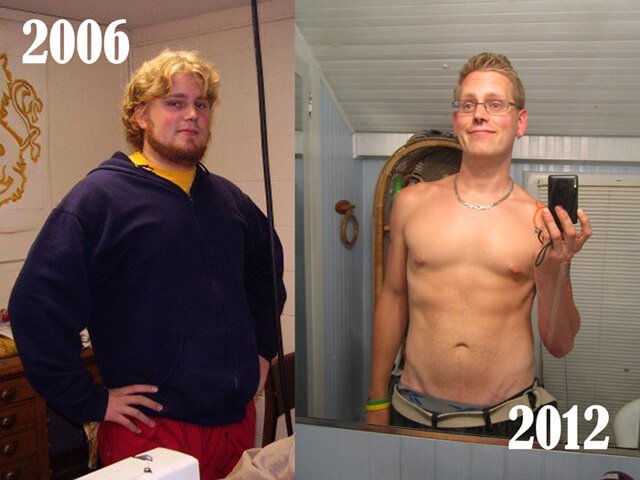 My 20s were a total melee—a violent struggle for and against change, complete with yo-yo dieting, intermittent bouts of overtraining and inactivity, a variety of eating disorders and a slew of other forms of self-harm. My weight was all over the map! I would over train and starve until I crashed then binge on food, drugs and alcohol, lose all my progress and start again.

Fighting tooth and nail brought me down to only 220 pounds, and that was tenuous. With all that struggling, had I lost only 35 pounds? It didn’t seem fair. Then, I became vegetarian in 2007 because I had a girlfriend who wanted to make ethical food choices. I was a standard vegetarian for nine months and tried to exercise more reasonably. In that time I dropped down to 193 pounds! My digestion greatly improved, and I felt incredible! But in mid-2008, I moved to New Orleans and gave in to the city’s food culture and party scene. After a year in the Big Easy, I was at home again and right back where I started, in more ways than one. 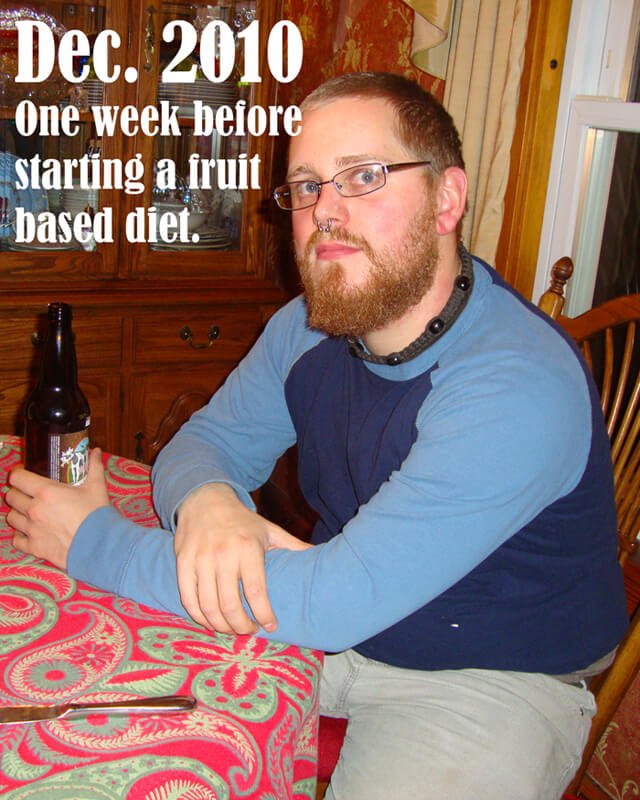 Later I was introduced to The 80/10/10 Diet by another vegetarian girlfriend. Starting January 1, 2011, we were both vegan and pounding down as much raw fruits and veggies as possible. The relationship didn’t last, but the diet did! I read a stack of books on plant-based nutrition and raw food, and my digestive issues began to melt away. After a year on a plant-based diet, I was back in the 190s and falling. Six months after that, on my birthday in June 2012, I was 155 pounds, and my abs started peeking out. One hundred and 55 pounds—a full 100 pounds lighter than my heaviest weight!

Year after year, I promised myself that I would be in great shape by my birthday, and 2012 was the year that wish finally came true. If I had never discovered veganism and raw foods, I would be leading a very sad and short life. Now I eat as much as I please and easily maintain a healthy weight. I still have plenty of challenges to overcome, but each year I’m on the rise. I’ll be 30 this June, and everyone always thinks 22. All signs point to vegan! If you are struggling with obesity, digestive issues and addiction, cut out the substances, get a talk therapist, start physical therapy if you need it, start a modest exercise routine, and go vegan. Do what you have to do to become the best possible version of yourself, and always remember to treat yourself with care.

Watch Josh in Action in a Popular Video

Josh is a country boy from rural Massachusetts who nearly fell victim to his own wicked ways. For 10 years, he swilled domestic beer and crammed down whatever trashy food-like substances he could get his filthy mitts on. After three-and-a-half years of working toward a high-carb vegan diet focusing on fruits and raw foods, he's 100 pounds lighter than his heaviest weight. Now he's living in Titusville, Florida, and looking to achieve his ultimate fitness!