Censorship Is Making It Harder Than Ever to Find Natural Health Content. Help Your Family and Friends Plus Fruit-Powered by Sharing!
💛 Complete the Circle of Giving by Supporting This Content! 💛
Shop in the Fruit-Powered Store
Donate to Fruit-Powered
Note from Fruit-Powered’s Brian Rossiter: This is the first time a health update from a raw fooder beyond a transformation story has been featured in Fruit-Powered Magazine. Tasha Lee’s journey, especially over the past two years, has been rife with challenges, but this inspiring individual has risen to address each. Tasha has also uncovered many truths along the way plus kept an open mind, so vital to achieving optimal health. Tasha is the strongest person I know, and I’m proud she’s an outspoken member of the raw food and health communities. Enjoy this feature story.

Since this story was published, Tasha Lee took down a YouTube channel containing many videos that were embedded in the story.

My crazy, out-of-nowhere, life-threatening illness and recovery story began in my fifth year on a fruit-based diet. During those five years, I experienced amazing healing; was off epilepsy meds with no more seizures; had the best Type 1 diabetes blood sugar control of my life; and healed diabetic retinopathy, to name a few of the health improvements on a fruit-based diet. I had corrected many nutritional deficiencies through the years, turning around my “nagging” weight and lack-of-energy issues. 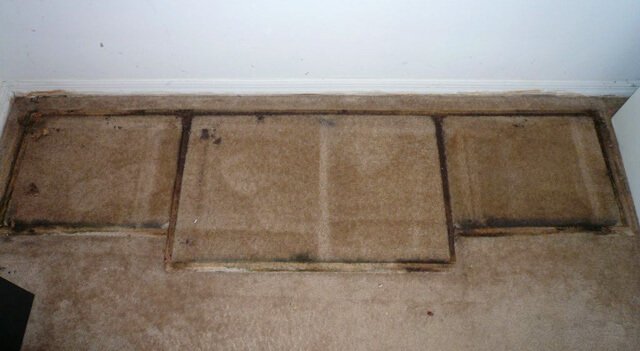 Photographed are mold spores from an entertainment center in Tasha Lee’s former apartment.

And then, boom! We found the toxic black mold in our apartment that had been sabotaging our health, and disturbed the colony. The spores spread throughout our dwelling, causing terrible headaches and respiratory symptoms. We got out as fast as we could but got a few weeks of intense exposure before tossing everything we owned—the poisonous mold toxins were on everything—and starting over.

I kind of expected that once we got rid of the moldy stuff, I could just detox and heal in a few days, as I normally did when I got “sick” on a fruit-based diet. It didn’t exactly happen that way.

Ah, multiple chemical sensitivity (MCS). What to say? I’m searching for words, but all I’m getting are tears. MCS is basically like being the walking dead. Except often I couldn’t walk.

This intense mold exposure was a traumatic experience for my brain. The MCS was “turning on” slowly, but after a traumatic night in an extremely moldy hotel (I could not breathe anywhere), the switch was flipped big time. My brain was determined to protect me from this happening ever again and gave me unbearable physical symptoms around anything remotely associated with it. Suffice it to say, it did not help me. This world is filled with toxins; there is no “safe ground” to run to. I couldn’t tell my brain that, though. I was just stuck with the symptoms.

I could not function. I wore a respirator mask 24/7. Even with the mask, I was debilitated by not just molds, but also perfumes, deodorants, shampoos, cigarette smoke, pesticides, paints, cleaning chemicals, laundry detergents—any kind of anything gave me symptoms. Burning lips and eyes, throat closing up, chest tightening, inability to breathe, legs collapsing. The worst of it was, we could find no “safe” place to live, relax and heal.

On the next leg of the journey, I slept for many months in a pickup truck in—though I did not realize at the time—heavily sprayed, or geoengineered, beach air. Although I initially improved by getting away from the indoor toxins and could finally sleep without a mask, my health went rapidly downhill.

My digestion crashed. I could not digest most foods without hours of debilitating pain. I began having spasms and collapsing frequently; I started having urinary tract infections and loss of bladder control; began experiencing Alzheimer’s and autism symptoms; developed rapidly growing breast lumps; and began experiencing the most maddeningly itchy, nonhealing rashes I had ever had in my life. I often could not even walk to the bathroom and became dependent on my hubby as a caregiver. 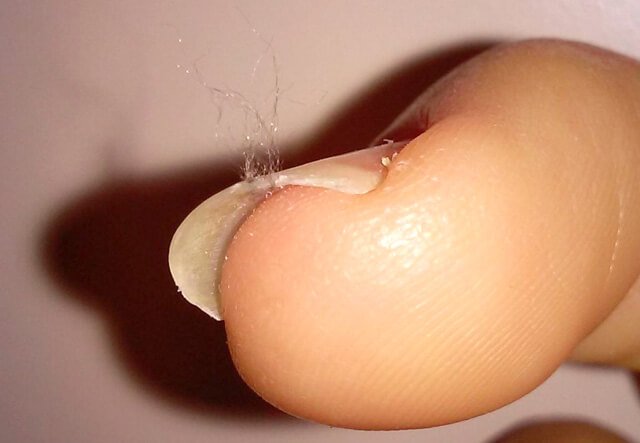 It wasn’t until later that I found out this was being caused by Morgellons nanotechnology; genetically engineered toxic mycoplasmas; superbug bacterias; parasite eggs; black mold; heavy metals; and many other toxic substances being sprayed in geoengineering. I was breathing it all in, 24/7. What I thought was fresh beach air was actually poison. And it was killing me.

Finally, we get to the good part. Well, sort of. My health finally started to turn around when I began doing coffee enemas. These majorly boost glutathione levels in the body to help it detox. Because my body was majorly toxic, coffee enemas saved my life. I incorporated three fresh juices per coffee enema to replenish any nutrients that were getting depleted.

The “bonus” was that coffee enemas also clean out parasites. And man, was I full of them! I felt them moving in me, crawling through my muscles, as I started cleansing. Horrific, I tell you. The Terminator parasite zapper saved me some major misery by killing them as they tried to crawl away. I also began NAET (Nambudripad’s Allergy Elimination Techniques), which is an energy therapy, to reset my brain’s sensitivities. I also consider NAET to have saved my life. I no longer collapsed everywhere I went and could finally be around people again. 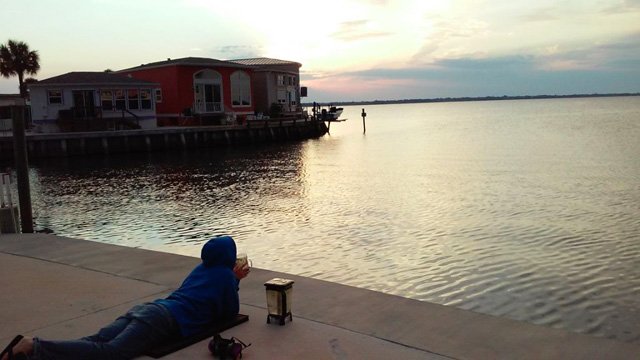 My main parasite cleansing for many months was coffee enemas, carrot juice, Terminator zapper and NAET. I did add in more supplements and tools as time went on. Cleaning out parasites healed my digestion; my sensitivities and pain were gone; and finally I could absorb my nutrients and get rid of my deficiencies. My vision, hearing, processing, memory, joint, balance, sensitivities and rage issues went away. Most of my symptoms cleared up in the initial months of parasite cleansing, and I have continued to get healthier and healthier. At the time of this writing, I have been “parasite cleansing” for a full year.

The most difficult to treat has been Lyme disease and Morgellons disease. Both of these hide out in protective biofilms, so they are extremely hard to kill. I’ve apparently had Lyme for at least 15 years but am guessing longer. Lyme weakens immunity, allowing other pathogens such as toxic mold, parasites and Morgellons to thrive.

The things that have come out of me during parasite cleansing have been absolutely unbelievable. In addition to worms, bugs (including Collembola), candida, parasitic “flukes” and gallstones, I’ve also seen many moving Morgellons nanotech fibers. They have come out through all sorts of body hair (making the hair move), nails and through my skin. They continue to move once they are out of me for weeks. If I had not seen it with my own eyes and even caught much of it on video, posted on YouTube, I might not believe it myself.

The cleansing process has been quite a nightmare at times. And yet, the rewards of healing from death’s door and now being able to help others heal have been out of this world. The things I’ve learned in my quest for answers really sadden me. The government I trusted to protect my life, liberty and pursuit of happiness actually holds patents for the toxic, genetically engineered mycoplasmas and nanotechnology that have been destroying the life I once lived. Lyme and its co-infections are admittedly being used by the U.S. government as bioweapons. The very things that have been killing me are deliberate efforts—and this is documented fact—to alter DNA and depopulate the planet.

Reflecting on the Blessing

Despite the sadness, I have great joy and much gratitude that I have experienced all this. Otherwise, I would never have known about the ugly stuff going on in this world. And how many of my friends and followers have been struggling with health problems, unable to solve their mystery illnesses? Now we are learning together. And we are helping our bodies cleanse, detox and heal. And we are spreading awareness so that others can be spared the hell I lived through.

As horrible as these past two years have been, what has come from them has been awareness, amazing life and faith lessons, deep friendships, serious spiritual growth and the best blessings I could ever ask for: helping save lives and change the world, one life at a time. Who could ask for anything more? 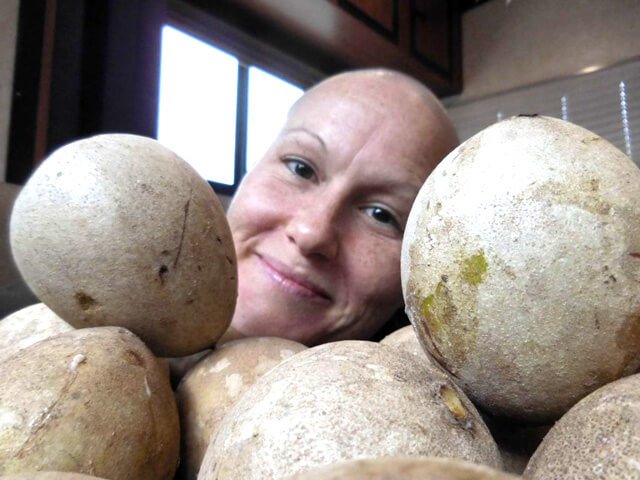 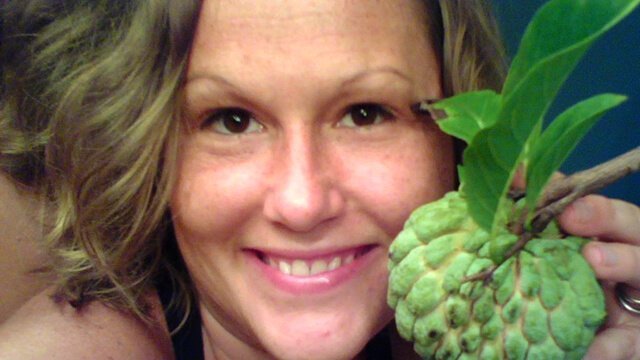 Tasha Lee, author of Healing Diabetes with Fruit, is an outspoken voice for hope and healing. Having recovered from a serious eating disorder, reversed epilepsy and complications of Type 1 diabetes, and healed from a life-threatening blend of advanced Lyme disease, multiple chemical sensitivity, parasites and toxic mold illness, Tasha is on a mission to awaken truth and diminish the unjust suffering in today's world. Explore all Tasha's contacts.