Censorship Is Making It Harder Than Ever to Find Natural Health Content. Help Your Family and Friends Plus Fruit-Powered by Sharing!
💛 Complete the Circle of Giving by Supporting This Content! 💛
Shop in the Fruit-Powered Store
Donate to Fruit-Powered
My name is Miliany Bonet, and I’m a 15-year-old raw vegan. My vegan journey began when I was 13 years old, when I came home from school one day and my dad told me he was going to become a vegan. He invited me to join him on his journey, but I refused. Although I was a bit interested in joining my father, I was a bit timid. I did, however, join my dad on his vegan journey a week after he went vegan. I was really inspired by my dad’s transformation. He lost weight the first week, and that really amazed me. 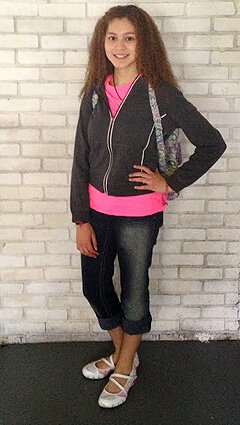 When I was a meat eater, I was fat, insecure about myself, lacked confidence and had poor eyesight, stamina and energy. At times, I would be cranky and moody and would get chest pains. I was born with a heart defect, which caused me to have open-heart surgery as a baby. Every time I exercised or did anything that was active, my chest would hurt.

A week after my dad went vegan, I told my dad that I was ready and wanted to go vegan, too. He was thrilled! He showed me videos on YouTube with two epic raw vegans who inspired him. He showed me Kristina Carrillo-Bucaram of FullyRaw.com and Dan “The Life Regenerator” McDonald of RegenerateYourLife.org. I saw several videos of them, and I got really inspired! That night, my dad recommended that I watched the documentary Food, Inc. While I was watching it, I knew I was going to become a vegan not only for a few days, weeks or months, but for a lifetime! After watching it, I told my dad that I wanted to go vegan and shared with him my thoughts and reasonings why. Although my mother didn’t agree with my decision on going vegan, I went vegan anyway.

When I converted to a vegan diet, I lost weight, my energy and stamina increased, my eyes got lighter and my chest pains weren’t as severe as they were before. I was vegan for four months, and then I decided to go 100 percent fully raw. I was inspired to go fully raw by Carrillo-Bucaram. I saw how beautiful, vibrant, happy and energetic she was. I told my dad that we should go fully raw, and he agreed! So we challenged ourselves to go fully raw for 100 days, and the benefits we experienced were phenomenal!

My energy had definitely increased—more than when I was a vegan. I didn’t wake up tired and had more stamina. I lost 20 pounds (when I was vegan, I weighed 120 pounds, and after going raw, I lost 20 pounds!). My eyesight returned, I no longer got chest pains, my skin got clearer, my confidence went up the wall, my insecurities went away, my skin glowed, and my hair and nails got stronger. I looked vibrant and felt amazing! 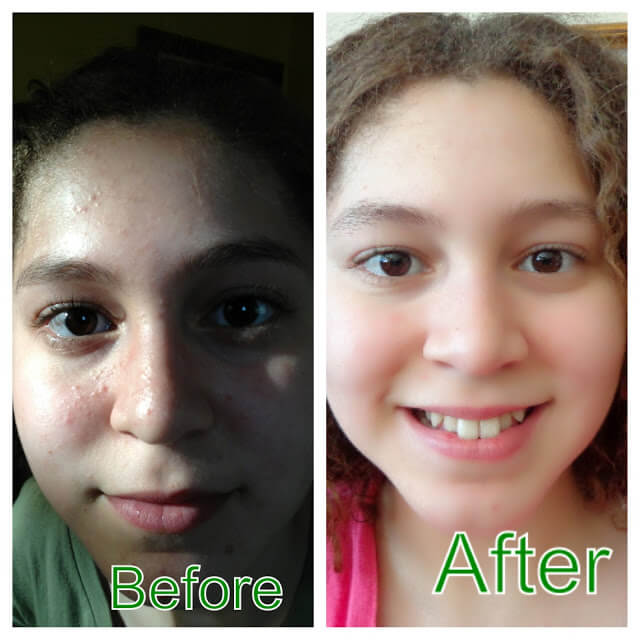 My first month raw, I was eating a low-fat raw vegan diet that included juices and salads. It wasn’t until my second and third month into this raw lifestyle when I started to incorporate nuts and seeds. I then was eating a high-fat raw vegan diet that included lots of nuts, seeds, avocados and raw gourmet desserts almost every day! Every day, I would eat three or sometimes four whole avocados a day! I was getting into raw gourmet desserts, which meant I was indulging in a lot of nuts and seeds. While I was eating high-fat raw vegan, I had stopped exercising for a long period of time, so I gained a bit of weight.

After three months being fully raw, I went back to eating cooked foods and hit a plateau. I began to notice a difference in how I looked and felt. After eating, I would be sleepy and tired, and my skin didn’t glow as when I was just raw. I stopped juicing for four months, didn’t drink enough water, and my energy had decreased compared to when I was just 100 percent raw.

I experienced weight gain four times in my journey due to a lack of water and exercise—plus I was eating lots of nuts and seeds. Those four times I gained weight, I gained 20 pounds, my original weight from when I first began veganism! I was very disappointed in myself because I had worked so hard to get the perfect slim body that I always wanted and gained the fat all right back.

After my final time gaining 20 pounds, I completely stopped eating cooked foods and decided to go back to eating 100 percent raw fruits and vegetables and very little nuts and seeds. I went back to my exercise regimen and drank lots of water, and the unnecessary fat began to shed off. I was back on track with my fresh daily juices and salads.

Anyone who is just starting out vegan and/or raw, my advice to you is to stay active, drink lots of water, eat more raw fruits and vegetables, moderately eat nuts and seeds and, most importantly, love yourself! Love yourself the way you are now, even if you don’t have the body of your dreams. Love yourself. If you fall off the raw or vegan wagon, pick yourself up and try again! Never give up on yourself!

After gaining 20 pounds four times on my journey, I never gave up on myself. You have to believe in yourself, and no matter how many times you fail, keep on trying because you will succeed!

I run three blogs: RawVeganLiving.Blogspot.com, 1RawVegan.com and 0medz0.com. My blogs are meant to motivate and inspire others to eat more raw fruits and vegetables into their diets. I blog about my delicious raw food recipes, tips and tricks about this lifestyle and informative articles about this lifestyle. My goal is to inspire others and educate people that eating fruits, vegetables, nuts and seeds is the way humans are intended to eat. 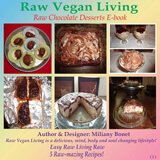 I hope my story has motivated and inspired many of you who are reading this story. Be sure to check out my blogs and follow me on social media. Stay cool and fruity!