Censorship Is Making It Harder Than Ever to Find Natural Health Content. Help Your Family and Friends Plus Fruit-Powered by Sharing!
💛 Complete the Circle of Giving by Supporting This Content! 💛
Shop in the Fruit-Powered Store
Donate to Fruit-Powered
Brian’s note: In the past year and a half, I’ve been touched and inspired through social media of Brooke Reynolds’ powerful photographic work and even more powerful journey she is on: to shine a light on endangered species while celebrating images of them wild, free and joyful in their natural habitats. Her photo of an orangutan on Endangered Species Day on May 19 and accompanying call to action kicked my interest in her work into high gear. Enjoy Brooke’s impactful, thought-provoking story and photographs.

At some point in our lives, most of us have had a loving connection to at least one nonhuman animal. Our furry, feathery and scaly friends can bring us so much happiness, peace and awareness of what it’s like to love someone who is different from us. We come to realize that they are not so different from us. They love; they feel sadness; they feel joy; they feel pain.

Of all the joys and wonders in my life, connecting with animals around the world has affected me the most. I’m not saying I don’t also love some humans—humans are animals, too. Although I feel we must also fight for human rights, we can’t deny that billions of our nonhuman animal friends are unnecessarily harmed every year and that there are easy ways we can prevent this atrocity. 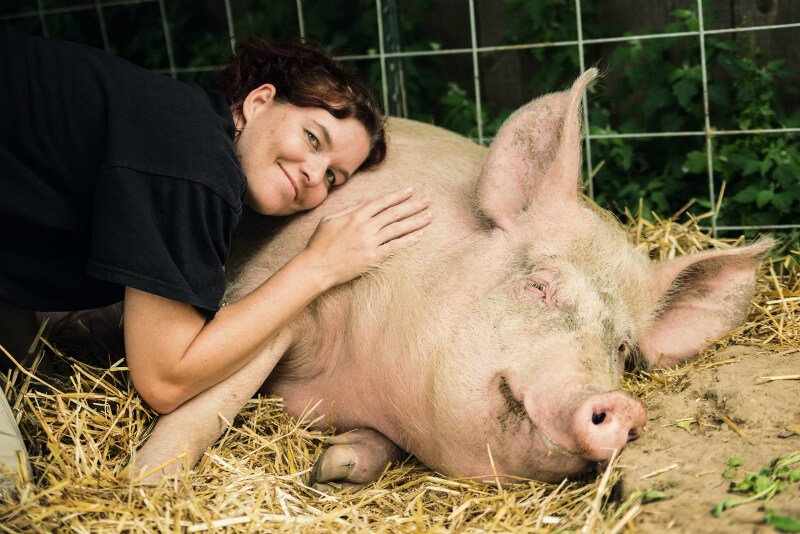 My First Connection to Animals

My childhood dog, Keefur, was the first to teach me how meaningful animals can be to us. To protect me at all costs, Keefur would remain under my crib every night. If anyone came near me, he would bark and make sure they were not going to harm me. I remember crawling around on the floor with him, thinking I was a dog, too. Perhaps, I thought, Keefur was my kin. When he was stolen away by a dog-sled owner when I was 5, I never forgot the pain and confusion I felt. He meant the world to me.

By the time I was 10, I was collecting informational cards about endangered animals that my mom got through mail order from National Geographic. I studied those cards one by one, reading the descriptions and staring intently at the photographs. One was a mouse lemur. Another was a giant anteater. I was fascinated that these animals existed, and their existence remained a huge part of my curiosity toward life. It’s probably no surprise that I ended up being a wildlife photographer! 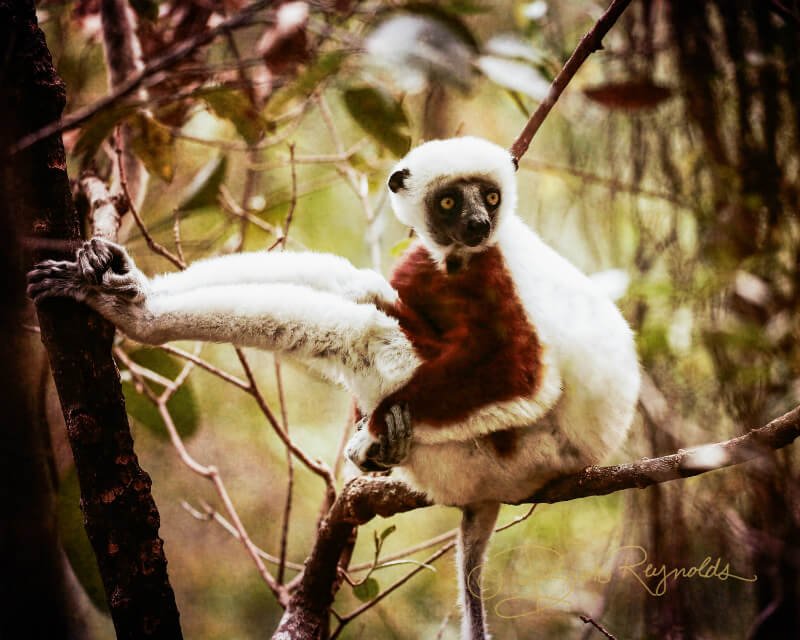 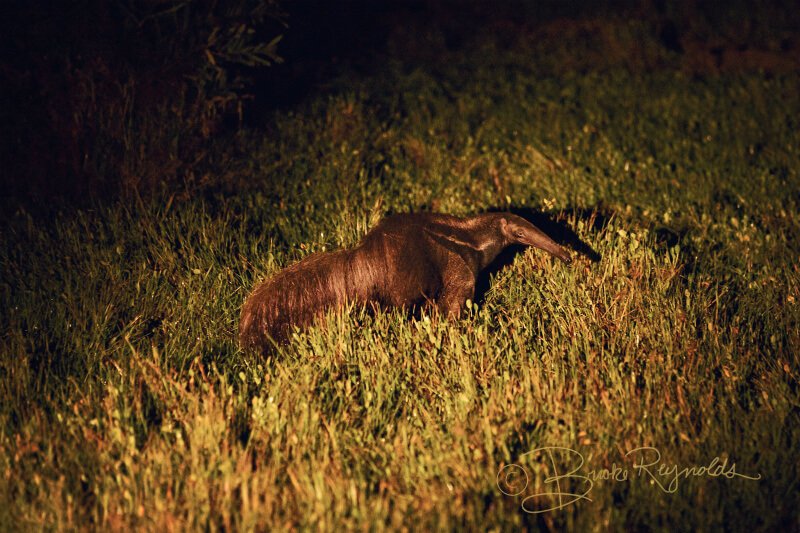 It wasn’t until we got a cockatiel named Sunshine that completely turned my world around. She was a bird who loved to sit on our shoulders and cuddle up to us. She had a big heart that shone so bright. One day, I was cooking a chicken, and Sunshine was chirping and flying around. I thought: “Oh my god! What if Sunshine fell in the pan of oil? That would be so awful!” And at that moment, I realized it really isn’t any different to have a chicken in the pan. Sunshine is a bird; a chicken is a bird. That was the moment when I started to make the connection that I was eating animals and that doing this felt wrong. I felt like I was morally confused to love one animal and eat or harm another animal. My connection to my companion animals was the start to opening my eyes to compassion to all animals. 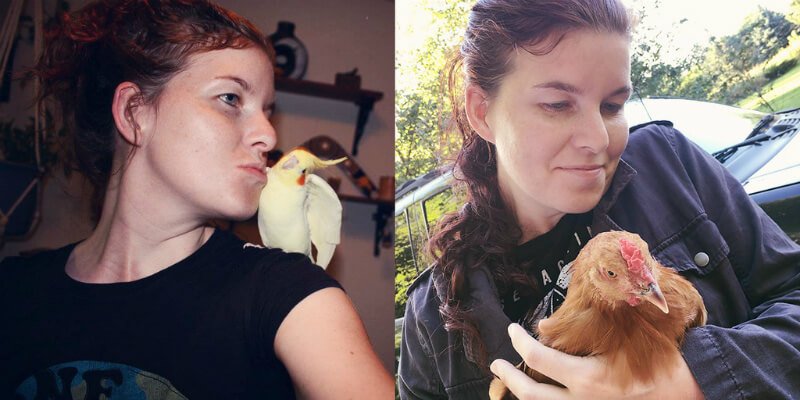 Brooke Reynolds had an epiphany while cooking a chicken one day when she feared her pet bird might land on the frying pan. “That was the moment when I started to make the connection that I was eating animals and that doing this felt wrong,” she writes.

Connecting With Animals in the Wild

I could feel my true calling emerging as I started traveling the world and taking photos. More than anything, I feel the need to document real and meaningful stories and images of the world, including wild animals, untouched environments and indigenous cultures of the Earth. By also capturing the juxtaposition of this in the destruction we cause, a light can be shone on how we should tread much more lightly on the Earth. Connecting with endangered species in their natural habitat has transformed my perspective and motivates me to capture how magnificent they are when they are wild and free. Animals deserve to stay in their natural environment wherever possible.

One of my most life-changing experiences was gorilla tracking in Africa. It was an early morning in May 2014 when my husband and I woke up to the sun rising through the misty mountains of the Bwindi Impenetrable Forest in Uganda. We geared up to hike up treacherous terrain for a chance to spend an hour viewing mountain gorillas in the wild. The trek was said to be two to six hours, depending on where the gorillas were, and this was if we were even lucky enough to catch a glimpse of them. After only two-and-a-half hours of hiking, our wildest dreams would come true. 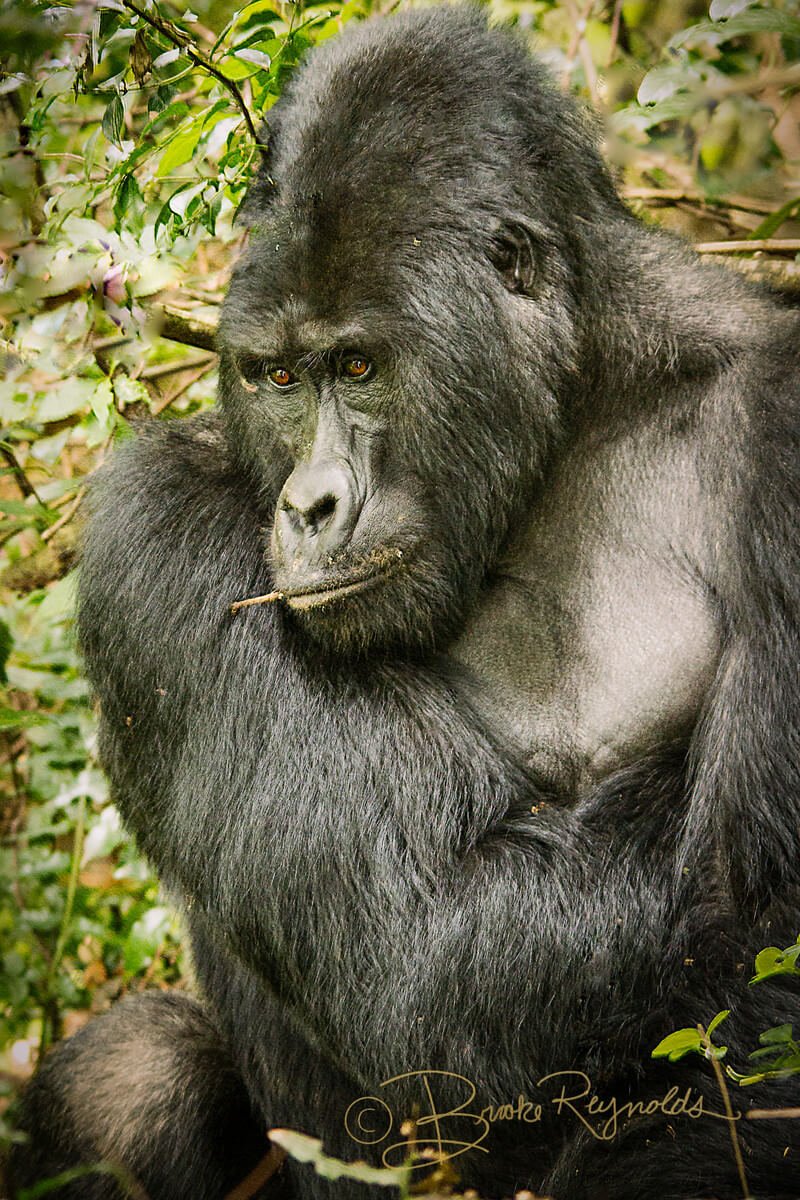 When we saw the first gorilla, she was sitting up against a tree while her baby frolicked around in her lap. She looked up at us cautiously but didn’t seem too concerned. The mother gorilla looked frazzled at her baby, who had unending energy that she couldn’t contain. Crawling up in a tree, her young gorilla stood up and beat on his chest and fell over and got back up, doing it again. “Imitating his dad!” the ranger said as we laughed. The ranger warned the group to stay a safe distance away and let the gorillas go about their business without our presence bothering them. I was grateful for that, and we kneeled down quietly behind some bushes. Soon enough, we noticed the entire gorilla family was there, hiding amongst the trees, including the huge silverback gorilla and another baby! They were resting on the forest floor, so beautiful and wild and free. It was a breathtaking moment. After an hour, which felt like minutes, the gorillas climbed up into the trees, and we left them and hiked back to the camp.

By going on that trek to see the wild gorillas, we were in a small way contributing to saving this forest from being deforested. Sadly, without eco-tourism and without the incredible wildlife rangers who risk their lives, many conservation efforts would be negatively impacted. Gorillas and other animals would no longer have a home.

The Connection to Animals in Captivity

After traveling to Africa and seeing animals in the wild, I began thinking about animals in captivity. Animals in a zoo show signs of depression, are in unnaturally small habitats and are unable to migrate and forage for food. Animals in the wild, however, are relaxed and at ease in their natural habitat. They are able to migrate many miles from one country to another or even across a continent, like Africa’s incredible Great Migration across Tanzania and Kenya. 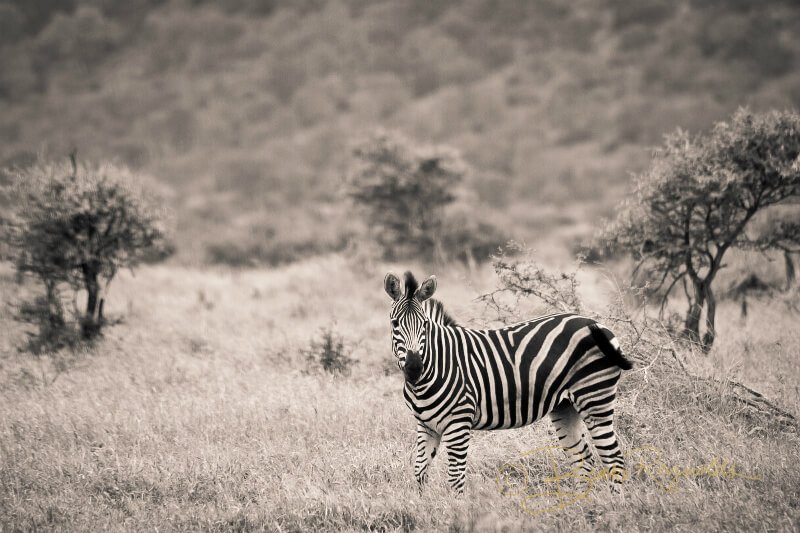 I can’t talk about animals in captivity without including the billions of animals being bred and raised for food, which, of course, is also evident everywhere in the world. Animal agriculture has a huge effect on endangered species and species of all kinds. This alarming fact was first brought to my attention in the documentary Cowspiracy: 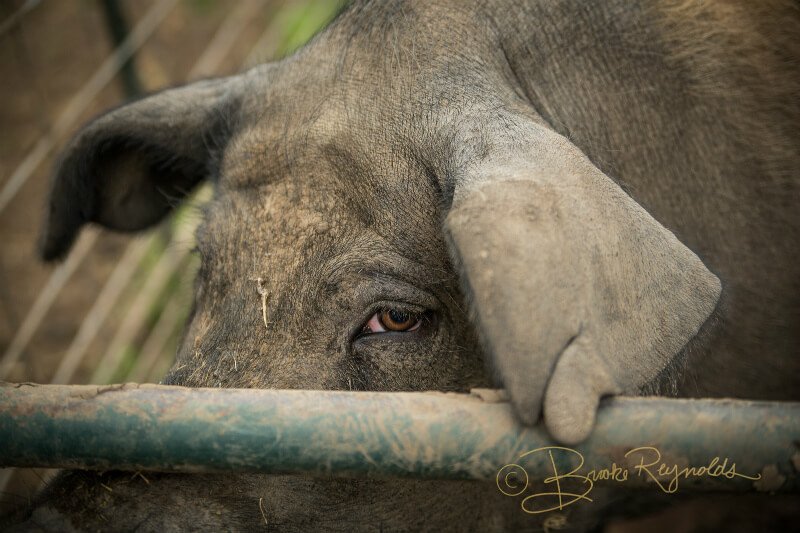 Raising animals such as pigs for food is causing needless deaths of sentient creatures, species extinction and environmental damage.

I witnessed that habitat destruction and species extinction while we were traveling in Kenya. The park rangers pointed out where the gate to the national park in Maasai Mara has been moved several miles (nearly an hour drive in) to make way for more grazing land for cattle and food crops that are fed to food animals. The area where endangered species are protected is becoming smaller everywhere around the planet. Organizations such as Sadhana Forest are trying to remedy this growing issue by growing trees and gardens in areas where plants are usually hard to grow and working on water conservation in areas of drought. By taking much less land to grow vegetables and starches and fruit trees than to feed and raise animals for food, plant-based diets are one solution to reducing animal captivity, species extinction and environmental damage. This solution feeds our growing human population without having so much of a negative impact on the rest of nature and wildlife on Earth.

Animals that have been raised for food throughout the years have been domesticated and bred to be unable to survive in the wild. For this reason, the recent increase in animal sanctuaries we have been seeing is a new and important movement. Animal sanctuaries provide a home and plenty of room to domesticated farm animals to live out their lives with love and care from people who will never harm them. The animals also provide therapy to humans who feel joy being around the animals. It’s a win-win for the planet, the animals and our health. 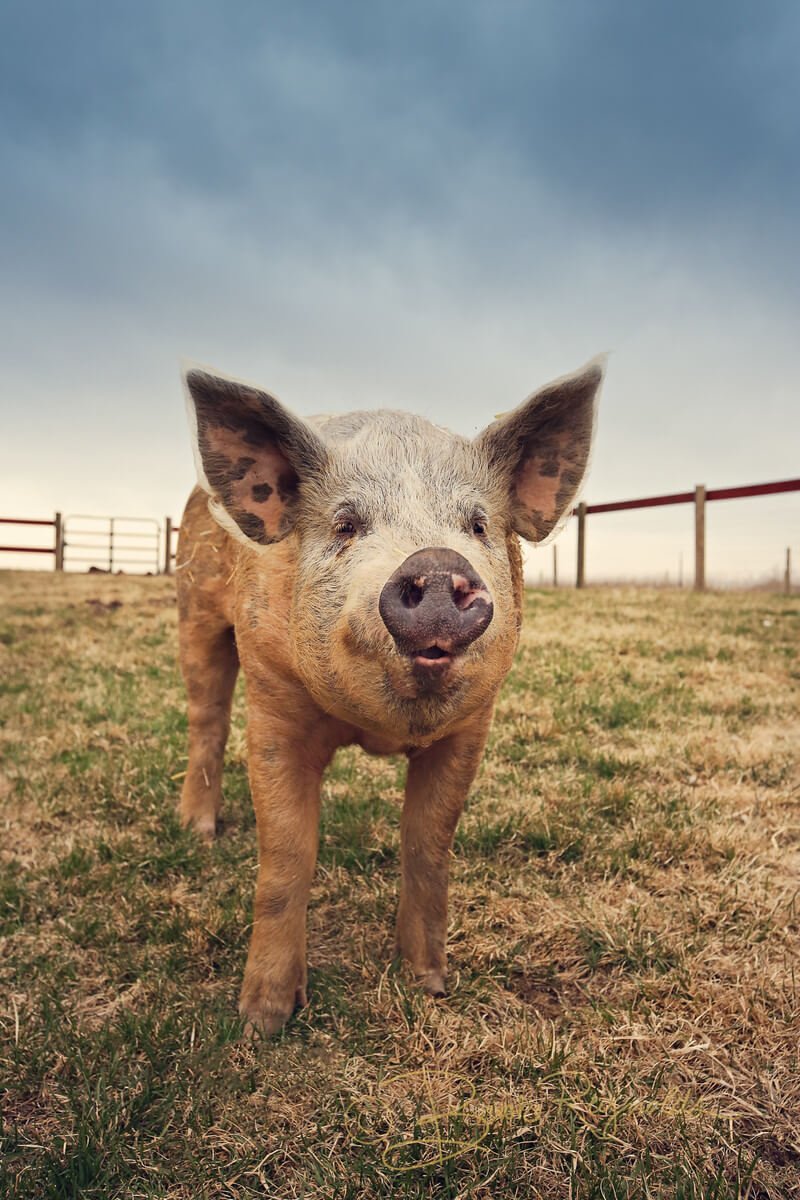 Connecting to the World

After making these connections, it’s easy to see that animals are important to the world and to the beautiful dance of life here on Earth. They are a part of this planet as much as humans are, and we can share it with them in harmony. Our spiritual connection to the universe can include all beings on Earth. When we come to realize that individual animals are important for their own purpose they may serve, we can let them live in peace. We can live our lives without intentionally harming them. We can do our part and protect the planet by not raising billions of animals that take up our resources. We can live healthy and sustainably. This is why more and more people every day are choosing a vegan lifestyle. Many people are opting to take the pledge on World Vegan Day on November 1. We can make the connection and change the world with the choices we make every day. 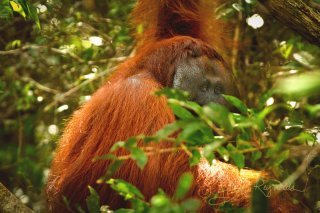 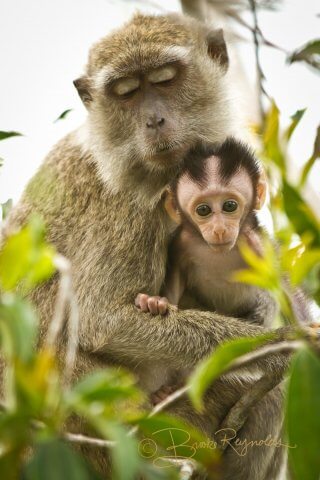 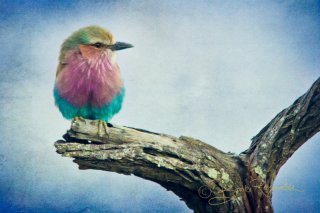 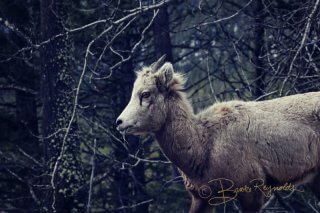 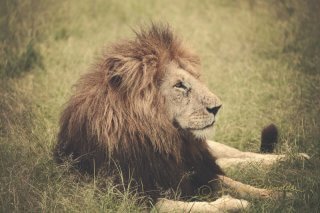 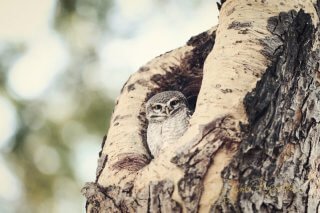 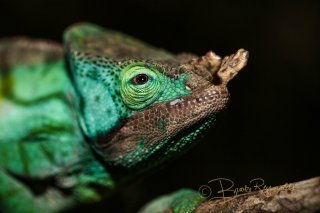 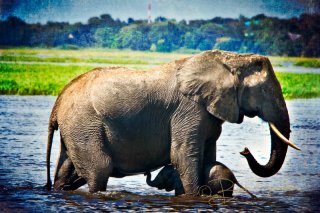 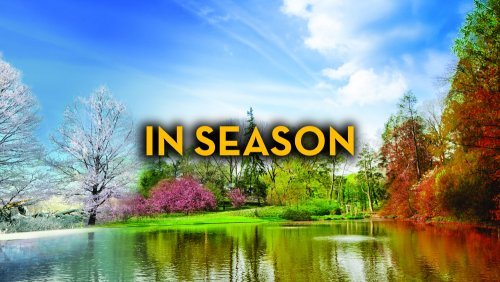 Brooke Reynolds is a worldwide travel and wildlife photographer, blogger and vegan animal activist based in Minnesota. She has traveled to more than 60 countries with a vision of capturing meaningful stories about animals and people around the world. Check out her blog, CompassionateNomads.com, where she and her husband share their adventures and travel tips, and also check out Brooke’s photography on CapturedbyBrooke.com.