Censorship Is Making It Harder Than Ever to Find Natural Health Content. Help Your Family and Friends Plus Fruit-Powered by Sharing!
💛 Complete the Circle of Giving by Supporting This Content! 💛
Shop in the Fruit-Powered Store
Donate to Fruit-Powered
Explore In the Garden Is a Mirror; in the Mirror Is The Beloved, Matthew David’s guest stories for Fruit-Powered Magazine.

A “raw food diet” only implies that the food we eat has not been cooked or heat-processed in any way. While this preserves the nutrients and the natural structure of the food, it does not necessarily imply that the most ideal selection and combination of foods are being consumed. A poorly constituted “raw” diet can still lead to dysfunction, deficiency and even disease.

A “natural diet,” however, is the diet that best suits our physiological makeup as a species. If we take into account the nutrient loss and overall degradation our food undergoes in the cooking process, then we would ascertain that a natural diet would inherently be raw but goes further to imply that the diet is composed of the proper nutrient ratios, chemical content and is sensually pleasing in all ways.

Taking into account the nuance of proper human nutrition, we can see that a “natural” diet is always raw whereas a “raw” diet is not necessarily natural. Therefore, the ideal diet for any living creature is always a natural diet. I would go further to say that my personal definition of natural is synonymous with ideal in the sense that anything natural must be in working harmony with the greater whole. 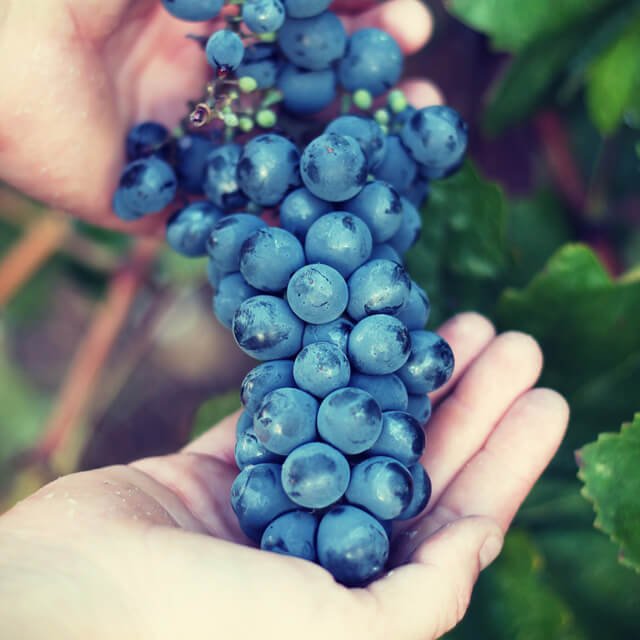 A “raw food diet” should be synonymous with a “natural diet.” The idea behind a raw food diet is that all food was created perfectly for our bodies and that to alter it in any way would be invariably harmful to our health and our environment.

The term “raw” is not an ideal description, however. Just being raw does not make something an ideal food for our consumption. We must realize that we are only one of countless species of herbivores/frugivores and that many raw plant foods, although high in certain nutrients and seemingly convenient in unnatural circumstances, are far from the best choice for our physiology.

The term “natural” implies that the food is in its original, unaltered raw state and further defines that they are foods that are most compatible with our digestion and performance.

The raw food movement really began at the dawn of creation. Human beings as well as every single other species were designed to consume all of their food in a raw, natural state for ideal performance and growth. The foods that were most congruent with our wellness and vitality were more to us than just a source of nourishment. Their nutritional quality was not undervalued, but they were also indicative of our intimate relationships with our environment and ecological heritage. The nutritional and sensual benefits of foods were, of course, invaluable in and of themselves but didn’t so much represent a purpose inasmuch as a clue on our path to connection with a higher order of nature. Our physiological interactions with plants in our environment were pieces of the puzzle of our existence as embodied spirits. 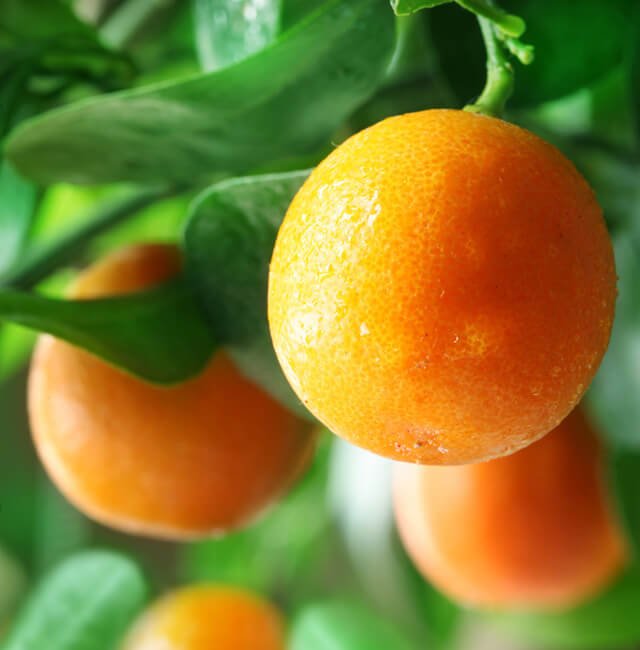 Somewhere along the way, humans turned their back on this natural truth. No one can say for certain why it happened, but as humans began to migrate away from their original subtropical habitats, fire became a necessity for survival. Being removed from the fertile soils of their natural foods, humans were forced to hunt animals and store their food for survival. Cooking their food then became crucial as a means of preservation and sterilization. From this point on, the nature of food had been lost and the idea of cooking and eating animals became widely accepted as man set out to dominate all areas of the globe.

The more we moved away from our conscious relationships with the plants that best nourished us, the more we began to adopt a more empirical nutritional concept predicated almost exclusively on the conventional perception of biology and survival­­—a perception almost completely removed from a natural context. We began to view food as simply a way to fuel ourselves rather than as a highly pleasurable interactive investigation of our place in this world. We began to use food as a means to become something “greater than our nature” rather than as a mystical tool to merge with the greatest thing of all. The value of food was isolated from its intrinsic place in our evolution, and all philosophical virtue was drained from diet.

The idea of “raw food” resurfaced in the eye of society in the late 19th and early 20th century through naturalist European settlers in California and such health food pioneers as Arnold Ehret. Although the focus of Ehret’s practice was a mucus-free diet, the essence of his teachings was an uncooked, unprocessed, plant-based diet. His goal was to achieve rapid evolution and full human potential through a natural diet and lifestyle. His teachings lived on in his writings; however, his work was overshadowed by mainstream society, which was not in a place to hear his teachings and see his results. What once was a flourishing example of collective return to purity became a porcelain facade of the bourgeois to fearfully cling to superficial health and longevity.

In the early 1970s, the idea of raw food was again brought into view by a counterculture of people who believed that a plant-based uncooked diet was the ideal human diet. Once again, however, this diet was not billed as a “raw food” diet, and instead was considered a fruitarian diet. The movement of this time revolved around a diet more conducive to nature and the availability and appeal of fruit to humans. Although it was called fruitarian, the majority of those in this movement would include foods like greens and tender vegetables in their mainly frugivorous diet. This movement was still too “fringe” in the 1970s and was once again ignored by most of the mainstream.

The raw food movement as we know it today stems from the work of those like Ann Wigmore and T.C. Fry, who were able to bring the movement of the ’60s and ’70s into the 1990s and 21st century. Today, it is put forth as a “raw food” diet, and it is much more widely accepted than it has ever been in the past hundred years.

Raw food has been proven as a cure for an incredibly wide array of disfunctions and diseases as well as dramatic weight loss and overall personal performance. The phenomena surrounding the “raw food” diet has opened the door for the large-scale movement we are seeing today.

As the raw food movement grows, so does the market of “raw food” products and services. This has led to a new industry of businesses dedicated to the manufacturing of a wide variety of supplements, superfoods, condiments and packaged food products intended for the “raw food” demographic. Although this has led to a shift in the health food community, it may prove to be quite counterproductive in many ways.

As companies compete for sales or support in any demographic, they must prove that their products and/or methods are superior to the competition. This is no different in the case of raw foods. Different groups are seeking optimal health through different methods and foods to sell them to those seeking raw food health-care alternatives. The essential problem lies in the very basis of the raw food diet. All movements supporting uncooked plant-based diets throughout history have done so under the notion of a natural diet—a diet based on the laws of nature. This notion indicates that there is a natural human diet as prescribed by nature that is ideal for all of humanity. If this is still a truth in the raw food movement, then there is little room for variation in the methods and philosophies of those in the core of such a movement. 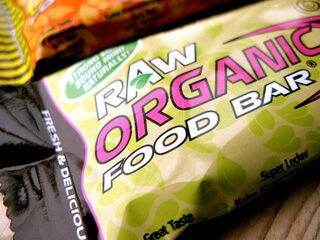 As more new opposing groups form in the movement, more products are manufactured and more methods are published. In searching for new ways to set their products apart from the rest, the industry is continuing to package, bottle, process, fragment and pervert the once-whole raw foods that are the source of our health.

How can anyone justify these processes as a natural means?

If your own methods are based on the dynamics of nature, yet you rely on blatantly unnatural means to sustain your health, you must either accept the inaccuracy of your work or claim that the problem lies with nature. By using such claims as malnourished soil, unnatural pollution, human de-evolution and hybridization, many groups have justified their abandonment of nature in their quest for ideal health.

If nature is no longer a cornerstone, then we are left basing our diet around the rhetorical concept of “raw food.” The problem here is that, just as any term used by such a wide range of groups and people, the term “raw food” has become incredibly subjective. As the definition of raw food remains the same, its interpretation is dependent upon the rationale of the interpreter and the willingness of the consumer to accept it.

Due to the subjectivity of such a term, there are countless products, which, while “raw,” can be far from ideal and, in some cases, even harmful. Products are manufactured to exploit the same conditioned responses that we have developed from the health-deficient diets we are trying to escape from.

Even truly raw whole foods may not be the best choice for optimal health if they are not the foods that are best designed for our species. We must remember that although fruits, vegetables, nuts and seeds are naturally nutritious, without the proper ratio, quantities, composition and combinations, you can run into the same health complications as you would on a conventional diet.

As you can see, basing a diet around any rhetorical construct can be counterproductive and quite confusing. All we need to do is look to our own basic physiology and our natural environment. By trusting that everything that was given to us as food is ideal and straight from the earth, we can use raw, organic, unaltered, unprocessed whole plant foods as our cornerstone for ideal nutrition.

From there, our intuition will guide us further to finding the ideal diet. By listening to your body and considering the impact and effect of your diet in all aspects of your life and the world around you, you will inevitably find the best diet and optimal health. 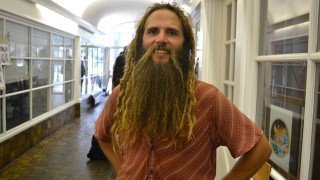 Matthew David is a physio-ecological wellness teacher, philosopher and permacultural engineer. He is the author of Fruitarians Are The Future and creator of NaturesPilgrim.com, which offers information on raw food nutrition, permacultural gardening and natural lifestyle reform. Read all Matthew’s stories for a "natural health reform and ecological harmony as a path to inner peace and heaven on earth" for Fruit-Powered Digest.