Censorship Is Making It Harder Than Ever to Find Natural Health Content. Help Your Family and Friends Plus Fruit-Powered by Sharing!
💛 Complete the Circle of Giving by Supporting This Content! 💛
Shop in the Fruit-Powered Store
Donate to Fruit-Powered
A little more than one year ago, in April 2012, to be exact, the Facebook page Being Vegan was born outside Philadelphia, Pennsylvania. We are Michael and Brook, a married vegan couple, passionate about spreading the truth as it relates to our society’s health, our impact on the environment and last, but never least, our treatment of animals.

Since becoming vegans ourselves in early July 2011, we have been on an amazing journey of enlightenment and growth. Every day, we learn something new, and it is a constant, evolving process. We were actually pescetarians and vegetarians for more than seven years after watching a documentary called Super Size Me. We knew that meat was unhealthy and were starting to understand the cruelty involved but had not understood the consequences of dairy and eggs up to this point.

We met an old friend from New York at a lounge party in Philly, and while catching up he mentioned that he had become vegan. Now up to this moment, we had not known many vegans and were curious about his life change. He explained to us how every slice of cheese and glass of milk that we consumed was in fact contributing to the veal industry. It was as though a veil was lifted from our eyes. The very next morning, we became vegans.

At first, it was a little arduous as old habits die hard, but we adapted quickly and became very efficient, compassionate consumers. Then we started noticing changes in our bodies from eating a completely plant-based diet. Our energy levels increased, and Michael lost weight. His chronic headaches became a thing of the past. Our shopping cart was full of life-giving plants, and the knowledge that we were no longer harming any innocent sentient beings by paying someone else to kill our meal for us was liberating. We fully embraced veganism. 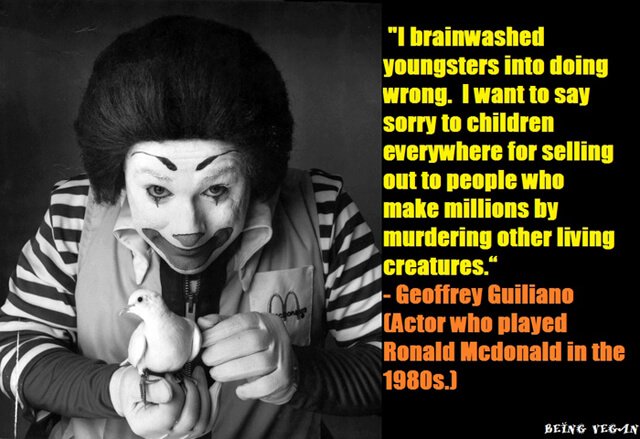 Once your eyes are opened, they cannot be closed again. Although difficult and upsetting to see, we began watching documentaries and doing research on the Internet about our food system and the way animals are treated. We also purchased many books on veganism, the first being Alicia Silverstone’s The Kind Diet. We started posting and sharing information and photos like crazy on our personal Facebook pages—so much, in fact, that many of our friends started to get very angry with us. But that didn’t stop us. One of our friends suggested that we start our own Facebook page. After thinking about this, we came to the conclusion we could reach more people and have a greater impact, so we created Being Vegan.

We came up with the name Being Vegan because of the way Facebook was set up. For instance, if Jane Doe “liked” our page, her news feed would say “Jane Doe likes Being Vegan.” We decided early on that we needed to combine our creative backgrounds with our passion for veganism to make our own posters. Showcasing many different aspects of veganism, which is a lifestyle, not a diet, we have tried to tackle issues ranging from animal cruelty, health, the environment and big agriculture to circuses, the fur industry, hunting and more. Our page’s daily format includes two original posters—one made by each of us—and a recipe of the day because vegan food is amazing and delicious! 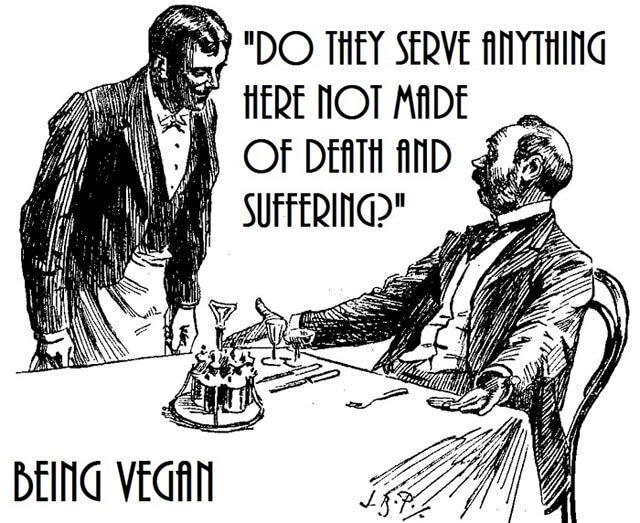 Just as our friend helped us see the truth, we wanted to share what we learned with as many people as possible. In our research, we have been exposed to so many inspiring vegan figures as well as philosophers and educators whose words influence us greatly. We either find a great quote first or image first that is so powerful the poster starts to create itself. The creative process never gets dull and is as much a joy as it is heart-wrenching to do on a daily basis.

Looking back, we wonder how we could have been this naïve. How could we not have known? This is the way animal profiteers want it. Our society continues to get sicker, and our environment is being laid to waste, all for the sake of a dollar. We are not trying to push our beliefs on anyone; we just show there is a better way. Animals are living, breathing, loving, conscious beings who feel pain and suffer just as humans do. There are consequences to every choice we make, and if we can live without harming another living being for food, fashion, entertainment, cosmetics, research or any other reason, why wouldn’t we? 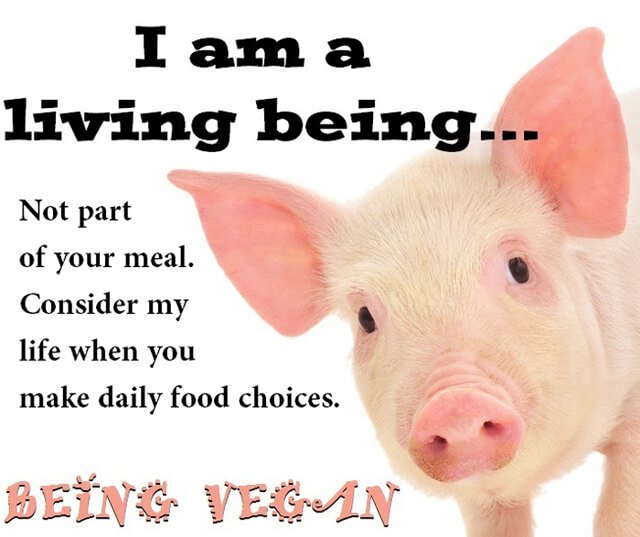 View a Gallery of Being Vegan Posters

Michael and Brook started Being Vegan in 2012. The couple lives in Greater Philadelphia.