It seems that in the past five years, fruit has been getting a bit of a bad press in many quarters; the main reason for this seems to be because it contains sugar.

I have been on a fruit diet for 25 years now, and when I first started out, there were really two main types of raw vegan diet: the Ann Wigmore, or Hippocrates, raw vegan diet, which comprised mainly vegetables, various legume and seed sprouts, and wheatgrass, with lesser quantities of fruit; and then there was the Arnold Ehret-influenced raw vegan diet, which was made up entirely of fruit, or consisted of fruit and tender greens.

The two groups seemed to co-exist pretty nicely, and there did not seem to be any animosity between them. You just followed the one that worked best for you personally. I tried the Anne Wigmore diet a few years before I adopted the fruitarian diet, and whilst I felt pretty good on it, it did not give me the health, joy and wellness that I experienced when eating mainly fruit. However, I can appreciate that the Hippocrates-style diet is the preferred diet for many, and numerous people experience wonderful health eating this way.

So how did it come about then, in recent times, that people started saying that the sugar in fruit was not good for us and that, especially if you had serious illnesses such as cancer, then fruit should be avoided or seriously limited because of its sugar content? I think this recommendation to avoid fruit is mainly to do with the misinformation that can occur when all sugar is lumped together.

Whilst many low-carbohydrate diet advocates can tend to classify all sugar as bad; to compound matters, on the other hand, we have some high-carbohydrate proponents saying that all sugar is good! So herein, I believe, lies the crux of the issue: the belief that all sugars have a similar effect on the body, whether it is perceived as a good or a bad effect.

In my experience and from my research, there is a huge difference in the effect refined sugar has on the body compared with the natural sugar contained in fruit. Refined sugar can also be referred to as industrial sugar and includes refined sucrose, or the bags of sugar we find on the supermarket shelf. Please do not be mislead by the term “raw” sugar, which is about as far from truly raw as you can get. It just has a bit of molasses left in it and may be boiled a few times less than white sugar.

Health food shop owner Fred Rohe sold so-called “raw” sugar for many years at his stores in California until he visited a refinery for himself.

The raw-like illusion is a result of a specially designed crystallization process, which produces this aesthetic effect.

If anyone has been inside a sugar cane refinery, they will find it to be a complex chemical laboratory where perfectly good plant matter is turned into a refined and potentially harmful product. So “effective” is the “purification” process that the cane undergoes that the sugar ends up as chemically pure as hospital-grade morphine.

The refined sucrose contains nothing else apart from caloric energy. All other food contains at least some micronutrients. Ninety percent of the bulk of sugar cane is lost during its processing, but 100 percent of its vitamins, minerals and antioxidants are destroyed!

Similarly, the product called high-fructose corn syrup is also an industrial sugar and is about as different to the fructose found in a ripe organic mango as day is to night. 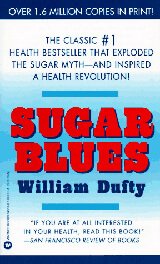 So what happens then when all sugar is lumped together? Well, the healthy, awesome, delicious sugar present in whole ripe fruit is classified as having the same effect on the body as industrial sugars and that simply is not true, and by this misinformation and poor science, fruit and the sugar in it is getting a bad (and inaccurate) rap!

My interest in sugar goes back 30 years to when I was given a copy of Sugar Blues by William Dufty. The book opened my eyes to the harmful effect on the body of refined or industrial sugars.

Dufty explains in great detail the harmful nature of refined sugar. He quotes from a Japanese philosopher who, in 1965, said:

If you really expect to conquer the North Vietnamese, you must drop on them sugar, candy, and Coca-Cola. That will destroy them faster than bombs.

And later on in his book, Dufty gives a quote from endocrinologist John W. Tintera:

It is quite possible to improve your disposition, increase your efficiency, and change your personality for the better. The way to do it is to avoid cane and beet sugars in all forms and guises.

Dufty gives many other examples of the harmful and toxic nature of refined sugars. Mention is made of a 1973 U.S. Senate Committee on Nutrition and Human Needs, which called refined sugar an “antinutrient.” Whilst also in 1973, a five-member panel of the Natural Advertising Review Board came to the conclusion that refined sugar was not a nutrient; and if advertisers claimed it was, their assertion was without foundation.

Dufty also shows how refined sugars harm the body because, not only do they contain zero micronutrients, but consumption of these sugars actually leeches sodium, potassium, calcium and magnesium from the body and can create a deficit in these minerals. In addition, refined sugar causes an acidic condition in the body, negatively affects the parasympathetic nervous system, causes a decrease in the quality of red blood corpuscles, affects normal brain function, impacts the circulatory and lymphatic systems, and destroys the bacteria in our guts that manufacture the B vitamins.

The metabolism of refined carbohydrates results in the formation of toxic metabolite such as Pyruvic acid and abnormal sugars. Pyruvic acid accumulates in the brain and nervous system and the abnormal sugars in the red blood cells and is the beginning of degenerative disease.

But thankfully, Dufty is very aware of the differences between refined and natural sugars. He says that:

More recent research also shows the difference on the body between refined and natural sugars. These differences occur because the sugar in fruit is combined in its awesomely healthy fruit package with phytonutrients and fibre. In addition, the energy and vibration of a piece of fresh, ripe, organic fruit will be very different from the vibration of a bag of table sugar. And very importantly, all processed sugar is heat-treated or highly processed, whilst fresh fruit is raw, alive and kicking!

In a study carried out by Salvatore Petta and his colleagues in the Italian Palermo University, it was discovered that consumption of industrial fructose caused a decline in liver function, but the fructose in fruit did not. In another study, by Richard J. Johnson and his colleagues, it was found that processed fructose was associated with an increase in hypertension but fructose from fruits was not.

In a further study, by Riitta Törrönen and colleagues, it was found that when three tablespoons of table sugar was added to water and then drunk, there were big blood-sugar and insulin spikes, and fat was released into the bloodstream; but when blackberries and lingonberries were added to the drink, even though this increased the overall sugar content, there was no blood-sugar spike and hypoglycaemic dip and no surge of fat added to the blood.

Even when the fibre was removed from the berries and the juice was added instead of the whole fruit, there was still no fat released in the blood and no long-term blood-sugar irregularities. So it is not just the fibre in fruit that helps to prevent issues, but it is believed that the phytonutrients in the berries help to regulate the absorption of sugar into the intestinal wall.

Sir Frederick Banting, the co-discoverer of insulin, noticed that in the late 1920s in Panama that among sugar plantation owners who ate large amounts of their refined sugar cane, diabetes was common; however, among the workers who got to eat only the raw cane, he saw no diabetes.

So although, from a purely chemical point of view, the molecular formula of a molecule of fructose in high-fructose corn syrup may look identical to and have the same structure as a molecule of fructose in an organic peach, the effects on the body are very different due to the phytonutrients, fibre and other elements that occur in the peach, which are packaged up alongside its natural sugars.

Regarding the energetic level of foods, when engineers and scientists have measured the vitality of foods, the fresh juice of a sugar beet registers a good level of healthful energy whereas refined sugar beet registers none of this vibrational vitality. Even though the calorie and elemental content are virtually the same, the life force and vibration of the two forms of sugar beet are very different.

To conclude, I believe that to lump together refined industrial sugars and wholesome fruit sugar, whether by carbophobes or carbophiles, does a huge injustice to the reputation and acceptance of fruit in our society. 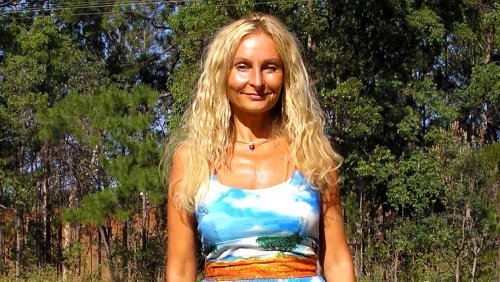 Anne Osborne went vegan at age 20 and then, a few years later, raw vegan in 1990. Anne has raised two children on raw food diets. She is the author of Fruitarianism: The Path To Paradise. Anne's website is FruitGod.com.