It was the summer of ’72, when everything that was supposed to be, was. It was a time of dreams laying in the sun, and the daily thought was that life was grand. No job, no money—but surrounded by friends. My thoughts were based on girls, booze and cars. War was a memory.

And at the ace of 25, disease was not a flicker of a thought. Everyone was young and free of pain, and being old seemed so far away. At the age of 25, my life was good, but not perfect! My thoughts were then as they are today of wanting to change the world. Back then, so many of my friends were full of hope and desire, thinking that the future of tomorrow was in our hands.

We were hippies, the new generation. People wanted to see and believe that life could be better, that poverty in the streets could be eliminated. If there were more fairness in the way, we would distribute our financial resources more fairly. We spoke our freedom with beer in one hand and burgers in the other from the local hamburger joint.

Life continues for me and my friends, my circle of influence. My dream of making a difference in the world I live in continues. Life changed, and I rose to discoveries that were important and others that were not. I learn to adapt to redirect my energies to the most important issues: family, wife, kids, job, money, survival and paying the bills. I became sucked into the American way of living, but not too far. It was good in the sense that there is a future for those who play by the system and live in the box of career, security and hard work. I learned the rules well and taught them to my children, who taught the rules to their children.

The only thing missing for about 40 years was the passion. I had an emptiness in my soul, knowing that life was good for me but not for others. I learned as the years went by that what affected my health and dreams the most was food and love. What I eat affects the way I think, and the way I eat is the way I see the world.

Learning now that the years really do pass, my aging came into play. My aging process, however, isn’t reflective of that of my peers. Those in their early 6os and 70s seem to have lost their youth. Their idea of going out is excitement over the foods served in restaurants and sold at supermarkets. These foods are almost entirely cooked and devoid of most nutrients, causing the degeneration of our physical youth. It is this realization that regenerates my excitement for creating change. It is this awareness that continuously recharges my soul. It is an everyday challenge to re-create ideas and keep my promise made so many years ago: “To create an energetic movement for the transformation to a disease-free world.” 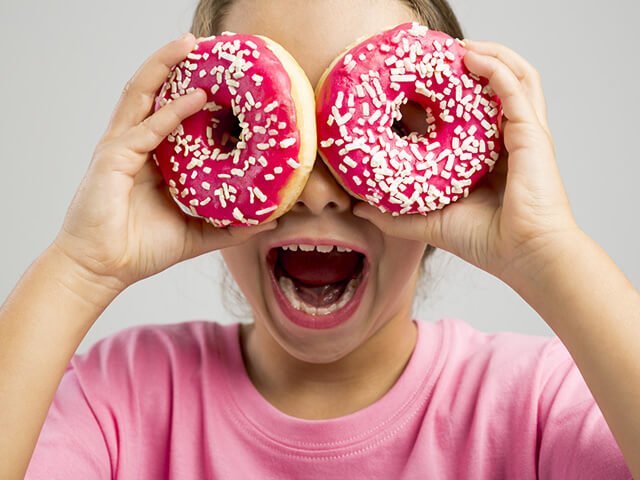 So I look around today at the overweight youth who are mesmerized by fast-food chains, colorful cereal boxes and all the gadgets. I say, “What can I do to make a difference and change?” I wrote children’s books emphasizing fit as the healthy alternative to overweight/obesity and sickness. I also wrote songs, made movies and gave away free food at my café. In my infinite wisdom, I think that if enough kids change their lifestyle that their influence could and would create a ripple effect with their parents and peers, causing changes in their communities.

Along the way, I decided that what I gave to kids I would also give to adults. I handed out more than 1,000 free meals to almost 400 adults and numerous more kids as part of my 30-Day Raw Challenge, which I did at Arnold’s Way. Now there were 400 would-be vegans leading a healthful lifestyle. What was supposed to happen did not, however. Most who took the Challenge did not continue their new lifestyle at the end of their month. Most returned to their old ways, which kept them feeling ill and pained. Being on their own and living in a world that supports entertaining but nutrient-void foods, it is almost impossible for many to change their daily dietary choices.

I almost quit. I was just about ready to look for a side job for my retirement and prepared to walk in the greens, hug trees, walk by streams and look into the blue sky toward living a life of quiet redemption. I was minutes away from deciding this summer to soon retire and sought God’s help in seeking more clarity.

Even though I am 69, I truly believe I have more than 30 good years left not just surviving but thriving! What I know is that eating a mostly fruitarian lifestyle has not only loved my aging process but even reversed it. Since becoming a vegan at 52, I have seen very little aging in me. What I see is that despite all the false hope, there is always a way!

It is with this latest epiphany that I have committed to continuing to work my 60- to 70-hour workweeks. I recently brought Márta Csuka, who’s rejuvenating from brain cancer on a fruit-based raw food diet, to stay with me as a houseguest to share her truth. She is truth that there always is life, light and love.

And with this final conviction, I started Team Vegan with Drew Martin. We encourage all vegans to share their glory, their path in local athletic events by wearing special neon T-shirts sponsored by Arnold’s Way. I, too, have committed to participating in local 5K runs and maybe 10K runs. The shirts shout the message that by becoming a vegan, every day they save 1,100 gallons of water, 300 square feet of forest, 45 pounds of grain and one animal’s life.

Need I say more? I’m still on my path and still sharing my truth, passion and ways to influence the masses. This year, we as Team Vegan should come in contact with thousands participating in these local fitness contests. If you feel encouraged or inspired, feel free to start a Team Vegan in your area.